Retail FDI - Letter from the Commerce Minister of India 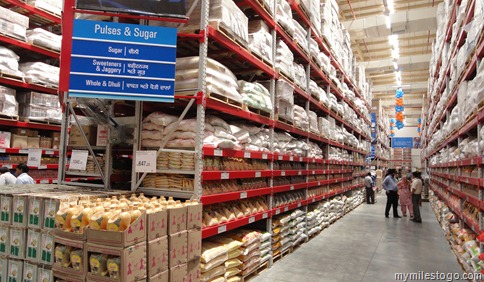 Last week, the Cabinet of the Indian Government allowed 100% FDI in Single Brand Retail and upto 51% FDI in Multi-Brand Retail - it was indeed a surprise move, given that the Winter session of the Parliament is on and the Ruling UPA is mired under various issues due to which the Upper House and the Lower House have seen continued agitation and adjournments. In the wake of this latest crisis, Union Minister (of India) for Commerce, Mr. Anand Sharma has written a letter to the leaders of all the leading political parties in India, explaining the reasoning behind the government's decision to allow FDI.

Here is the full text of the letter;

As you are aware, the Union Cabinet has taken a decision for liberalization of the Foreign Direct Investment (FDI) policy in Multi-Brand Retail, which holds the potential of transforming rural economy and unlocking the supply chain efficiencies in the agri-business.

The policy has evolved after a process of intense stakeholder consultation which commenced on 6 July 2010, when a discussion paper was floated by our Ministry. Comments from a wide cross section of stakeholders including farmers associations, industry bodies, consumer forums, academics, traders associations, international investors were analysed in depth before the matter was deliberated by the Committee of Secretaries on July 22, 2011.

The matter was finally discussed by the Cabinet on 25th November and a view was taken to allow liberalization in multi brand retail. In doing so, we have consciously adopted a model with a distinct Indian imprint, recognizing the complexity of Indian society and the competing demands of different stakeholders. Over the years, while we may have transformed into a service led economy, yet even today India primarily resides in the villages and an overwhelming majority of people are dependant of agriculture. It is a tribute to our farmers that India is the second largest producer of fruits and vegetables in the world with an annual production of over 200 million tonnes. Yet, in absence of adequate cold chain infrastructure, logistics and transportation, our post-harvest losses remain unacceptably high. A large part of farmers produce perishes and never reaches the market. A complex chain of middlemen have a cascading impact on supply inefficiencies and prices as well. As a result, on the one hand farmers are unable to secure remunerative price for their produce, while consumer ends up paying more than 5 times the price secured by the farmers.

Opening up FDI in multi-brand retail will bring in much needed investments, technologies and efficiencies to unlock the true potential of the agricultural value chain.

The policy mandates minimum investment of $100 million with at least half going towards back end infrastructure including cold chains, refrigerated transportation, and logistics. We have also stipulated mandatory 30% sourcing from small industry, which will encourage local value addition and manufacturing. It will also unfold immense employment opportunities for rural youth and make them stakeholders in the entire agri-business chain from farm to fork.

I felt it my duty to dispel some apprehensions expressed by certain political parties. In formulating this policy we were conscious of the livelihood concerns of millions of small retailers.

Informed studies of global experience has revealed that even in developing economies like China, Brazil, Argentina, Singapore, Indonesia and Thailand, where FDI is permitted upto 100%, local retailers have found innovative ways to co-exist along with organized retail and are integral to the organized retail chain. In Indonesia, even after several years of emergence of supermarkets, 90% of the fresh food and 70% of all food continues to be controlled by traditional retailers. 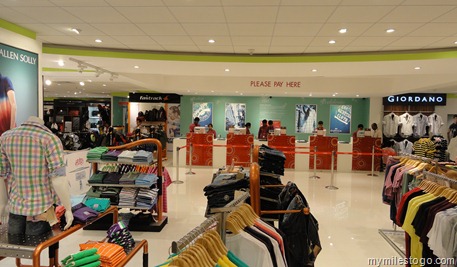 In any case organized retail through Indian corporate entities is permissible in India and the experience of the last one decade has borne the small retailers have flourished in harmony with the large retail outlets. Even then, we have therefore taken a view that in India we may permit FDI upto 51% equity and roll out the policy only in 53 cities with a population of more than a million. In the rest of the country the existing policy will continue, which will ensure that the small retailers are able to access high quality produce at better price from the wholesale cash and carry point.

We were also mindful of the imperative of ensuring food security for the poorest of the poor and have therefore retained the first right of procurement of food grains to rest with government for the public distribution system.

Concerns have been expressed that the multinational companies will resort to predatory pricing techniques to drive away small retail. You are aware that the Competition Commission has been established by law to ensure that such practices receive great scrutiny and I have specially discussed the matter with the Chairman of Competition Commission to build in regulatory capacities to ensure necessary checks and balances. In any case, you will appreciate that predatory pricing works in markets with high entry barriers, which is not the case in India.

The Indian consumer will undoubtedly gain significantly from this step as they will be afforded much greater choice, better quality and lower prices. In the medium term, even RBI governor feels that this step will have a salutary impact on inflation.

I have had occasion to discuss the matter with a wide cross section of all stakeholders, including farmer association, traders, consumer organizations, industry leaders, economists and there is an overwhelming case for introducing this policy. I am sure that being a political leader of long standing and experience, the benefits of this policy for the Indian citizens will find resonance with you. Policy initiatives taken in larger national interest demand political leadership to rise above partisan politics to create a healthy bipartisan consensus. This has been the strength of Indian democratic traditions.

I look forward to your personal support and understanding in the roll out of this policy for the larger public good.

It is anybody’s guess if this letter would make any difference though in the current situation. India has been witnessing a rare camaraderie cutting across  political parties which have taken a united stance against the Government urging it to roll back the decision to allow FDI in Retail, which looks unlikely though. In the given scenario, atleast 25 cities out of the 53 which qualify for the criteria that has been set (above 1 million population) are covered under those states that have not welcomed FDI. India INC however has voiced its opinions, most of which is pro-FDI to say the least. For the next few days, if not a few weeks the entire world (read: Business houses) would be watching how things turn out here. 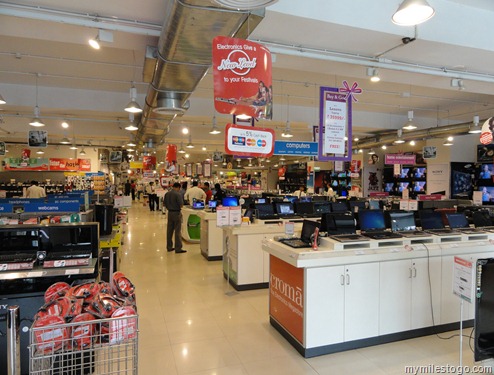 Watch this space for more!

Posted by Shriram, The Retailer at 10:37