My i Vs. Mi Experiences

I purchased my Mobile SIM card for the first time in the year 2002 in Chennai from Aircel and that number is still active. My my first handset was an Ericsson followed by Samsung R220, the first mobile phone launched in India with a multi-colour display. This was followed by a few Nokia models over a decade and a Sony Ericsson P1i before I finally moved to Blackberry. A few models and 4 years later, I moved on to the Apple Ecosystem with iPhone 4S in 2011. I upgraded to 5S, 6 and 7 over the years as well as including other i-Devices such as 3 generations of iPod, 2 variants of iPads, a MacBook, Apple Tv and finally an iWatch. With a paid plan for Apple Music and a huge storage on iCloud, I don’t have to worry about my stuff on the hard disk anymore, for its all safe and secure, “Up in the Air”. Hopefully. With a seamless integration within the iOS, it is almost impossible for me to move out of the Apple Ecosystem anymore and I guess I will remain clued in here. however, when the announcements for new models of iPhone XS & XS Max were announced last month, I had less interest than last year for the iPhone 8 & X. Somehow I felt that Apple has stopped making mobile phones for common users and is perhaps focusing on a niche segment who can use most of their offering. 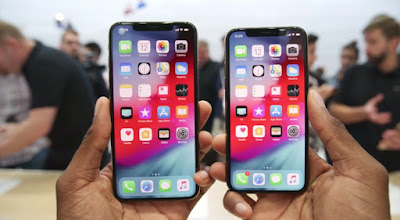 Notwithstanding my self-prejudice for a coveted Brand and its products that I love so much, I decided to visit a Retail Store to physically touch and see the new launches. On a sunny Chennai afternoon last weekend, visited an upmarket Mall in the City, which for some strange reason has four retail stores next to & opposite to each other who sell multi-brands of Mobile phones and accessories apart from an Apple Premium Reseller (APR) and a Mi Experience Store. Even before I could visit the APR I happened to see the new iPhones at one of Tamil Nadu’s leading multi-brand Retail Store. The Staff were as uninterested as I were and they hardly explained why the new damn thing costs a lakh and fifty thousand bucks, with which one can but at least three new laptops or 15 mediocre mobile phones or perhaps even 5 top-end new mobile phone models. I didn’t bother to even ask queries and quickly moved on to the next chore with the family. Was having a sad grin on my face that the same “me” had waited at the same Mall five years back in a queue for four hours on a sunny November afternoon along with my better half to buy my Apple iPhone 5S on the launch day. How things change, huh!

My wife has been asking me to buy her a wearable device to measure footsteps, which we have been exploring for the past few days. Surprisingly, Croma and Reliance didn’t have a wide range while the Mi Experience Store at Express Avenue Mall didn’t have the widely popular Mi Watch 2. The staff at the Mi Store was unapologetic that it wasn’t available at their flagship store in South Chennai and instead advised us to visit a few days later when it would arrive at the Store. Really? Do Brand staff think Customers will Queue up anymore for their once coveted products? We ended up buying at another store whose Sales staff surprised us and matched the same price as the Mi Experience store where the device’s price is Rs. 200 lower than outside. At the Mi Experience store, I saw a wide range of products including LED TVs but another flagship Mi A5 model of Mobile Phone wasn’t available, once again. 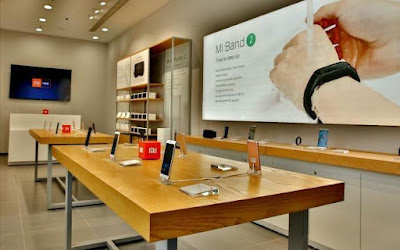 Recently, I was reading how Best Buy has embraced omni-channel in the US by ensuring a wide variety of models across Brands were made available at the Store and the Retailer also offered multiple models of delivery such as in-store, same day delivery, Day +1 delivery, at home delivery, etc. This was the only way they could counter the intense competition from Amazon in the US. Back in India, things remain unchanged. Croma has a namesake omni-channel model but the staff are disinterested in taking the effort. The bigger surprise was Mi Experience Store, where the staff could have immediately engaged with us, potential buyers of a Watch to browse the range on a device kept right at the store where one could browse and buy with a deliver in a day or two, Lost opportunity.

This is just my personal experience and am damn sure there are millions of such experiences across the world where Customers are walking away without purchasing, thanks to disinterested staff and their respective Managements. A report in the Economic Times suggests that of the 1 lakh units kept ready for the opening weekend in India, not more than 50% were sold, thanks to low interest of Customers for various reasons, from new innovations to pricing. This is a first for Apple, what with already sagging Sales and the same trend could continue if they keep making iPhones which people stop buying for snob-value. And a younger brand like Mi which boasts of giving a run for money with its devices could do better with Merchandise Planning some Staff training. hope that’s not asking for too much from a Brand which has apparently carved a niche for itself.
Posted by Shriram, The Retailer at 22:10