The past two weeks were the most exciting part of my decade long career – in the run-up towards the first ever shopping promotion at our Airport; something that I have been personally looking forward to for the past three years. At 00.01 hrs on 15 May 2009, we commenced the much awaited Bengaluru International Airport Shopping Festival – a month long extravaganza that entitles passengers and visitors to Shop and Win exciting prizes. 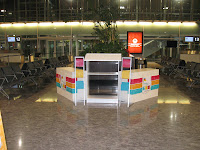 Before I get into the Promo details, let me explain how Airport Shopping Festivals worldwide usually work. Airports have moved ahead from being merely places of transit. Today, modern airports provide a host of offering, including many airside facilities (mostly technical ones such as piped fuelling into the aircraft even while passengers are embarking and disembarking, aero-bridges (for the convenience of passengers) for as many aircrafts, overnight aircraft parking, maintenance and overhaul and in-flight catering services – to ensure that your food on board (at 30,000 feet above sea level) is fresh and hot as well as world-class Shopping & Dining facilities, Ground transportation from and to- the city and hosting Exhibitions and Conventions. And most importantly, Airports promote Tourism – within their city, state and country. The moment you land at any International Airport, there are chances that you would find brochures and flyers (mostly free of cost) indicating the various options that one could get in that Country/City. Right from the moment one lands in foreign soil, there is information (overload sometimes) that is passed on to visitors promoting tourism.

Airports also promote hospitality and related businesses – to share information about hotels, resorts and other must visits in the city. This is important because visitors always tend to judge the country by their hospitality, especially the hotel operators. It is little wonder that we being among the most hospitable countries in the world have such a wide and vast network of hotels and resorts all over the country, which many visitors remember even after they return to their respective countries.

Lastly, the Airports and certain Brands come together - Brands that are closely associated with consumers in the country. From Banks to their service providers, luxury and mainline automobile manufactures/marketers, liquor/perfume/other FMCG companies, they are all there – as part of the Airport’s activities; to support their initiatives as well as to get the best possible benefits from such promotions.

We went ahead on similar lines, tying up with Karnataka Tourism to promote tourism in our state and with Jet Airways, one of India’s most respected and largest private Airlines. It was quite obvious that the Hospitality providers in India are not in their best of state at the moment, with visitor numbers (to India) coming down drastically and business travellers down-trading their requirements. We spoke to many other “Brands” but they all cited similar reasons owing to the global slowdown. 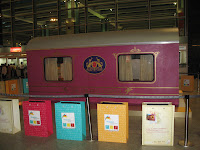 However, we still have something very BIG to offer - The Mega Prize to be won is a Holiday trip for a family of four on The Golden Chariot – a luxury Train that goes to Heritage sites across Karnataka. Then there are weekly prizes – five couples win a trip each on The Golden Chariot and five couples win International tickets sponsored by Jet Airways. And then, we have Daily prizes – one lucky couple win a Holiday at one of the best resorts across Karnataka. 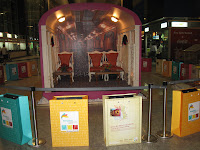 The Golden Chariot, which is managed and operated by KSTDC - Karnataka State Tourism Development Corporation (which is affiliated to the Dept. of Tourism, Karnataka) travels 7D8N across some of the most exciting heritage sites such as Srirangapatna, Mysore, Hampi, Patadakal, etc. in our state and finally ends at Goa. The fare which is USD 350 per night per person includes the cost of travel, F&B onboard, access to several other facilities such as a gym, internet, spa, etc. The service successfully completed its first year of operations in March 2009. Jet Airways (9W), is among the oldest and most respected private airlines in India. Owned and controlled by serial NRI entrepreneur Mr. Naresh Goyal, 9W is most popular for its efficient service, onboard and on ground. Connecting people across the length and breadth of the country, the airline commenced International services many years ago. 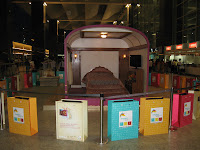 To win any of the above prizes is quite simple and easy. Passengers and visitors who pass by our Airport between 15 May - 14 June 2009 need to spend just Rs. 300 (USD 6) and above across any of the Retail/F&B Outlets at our Airport to participate in the Lucky Draw. For every Rs. 300 that is spent, the shopper gets a lucky draw coupon. So, for shopping in multiples of Rs. 300, the shopper gets multiple coupons, such as 10 coupons for Rs. 3,000 and 100 coupons for Rs. 30,000 spent, and so on. The more one spends, the more are their chances to win. And 9W passengers who fly during this period get double the chances to win - they get two coupons instead of one! So, for Rs. 3,000 spent, they would get 6 coupons... 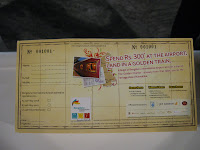 And to bring flexibility and to add convenience to shoppers, we have a provision where passengers could club their purchases across outlets – which means one could spend Rs. 170 at an outlet and Rs. 130 at another and then collect a coupon for the total spend. This way, the shoppers could spend across the Outlets and finally accumulate all the bills to collect their coupons.

Visitors & Passengers could also pick up a brochure, courtesy the Tourism Dept. - one side indicating the location and special offers across various Outlets and the rear side would have the maps of Bangalore and Karnataka. To promote Culture and Folk Arts, there would be performances over the weekends, showcasing the various cultural facets and the rich heritage of our State. There is also a replica of the Golden Chariot- and the world famous Hampi stone Chariot on display. There are also small outlets that display and sell various handicraft products, so we effectively bundle and promote everything that we have from our state. 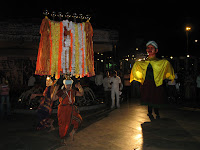 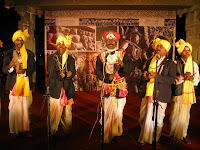 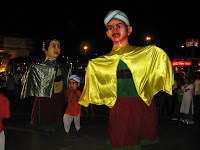 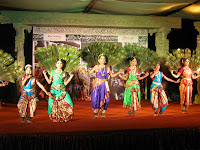 So, do drop by at our Airport with your family and friends when you find time over the next four weeks, to witness another exciting shopping and cultural season ahead.