Thank you: Karnataka Government; You are the best spoilsport.

- June 23, 2010
The fuss continues – to be or not to be open after 11pm. The excise laws in the state of Karnataka make F&B outlets comply with a silly ruling that was brought into effect a few years ago. Reason? Roadside robbery, Killings, Drunken Driving and other Law and Order issues! This is not just cynical but also stupid, one would wonder. But not our friendly Babus who sit at the Soudha. They believe that the best way to curb the above mentioned menaces would be to shut F&B outlets by 11pm. And it was the same Government that held a Global Investors Meet early June which attracted the likes of Lakshmi Mittal, Vijay Mallya and many other investors from across the country and the world who have committed (although only an LoI) to invest over INR 40,000 Crores in the state. Bangalore is truly set to become a global city but the archaic laws would still prohibit dining after late hours! We are aiming for more BPOs, IT – ITES industries and knowledge workers who would work 24/7/365 and manage businesses but there wouldn’t be a place for them to unwind after work!
Many would have read the recent controversy courted by the Commissioner of Police, the Minister of Excise and the media – initially a proposal which was later converted by the Minister as just a thought – that Five star hotels would be allowed to serve alcohol upto 1am. And those like me who can’t afford such places? – that’s not the government’s problem. Alcohol anyway is not good for oneself and the country! Cynicism apart, the larger issue here is not just keeping restaurants and bars open. It is about projecting the image of the city, its people, its society. I have had the privilege to visit many global cities such as Singapore, Hong Kong, Kuala Lumpur and Shanghai in Asia, Zurich, Frankfurt in Europe and many others. None of the cities shut shop at 11pm. Yes, most of the regular F&B points and Malls close around that time because their main clientèle, the families wind up by then. But for those who want to continue, there are enough and more places where they could visit. 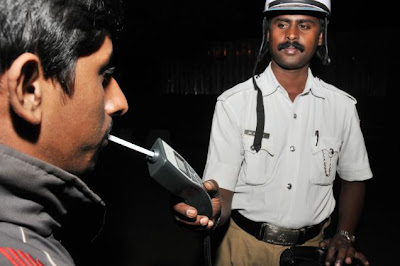 What I find silliest, if not funny is to connect Law and Order to closing F&B outlets by 11pm. The main claim to fame by the city police is drunken driving. While I am always up and against drunken driving myself and have never done such an act for many years now, this cannot and should not be a reason for restaurants and bars to be closed. What we need is more vigilance, which is not something that the Police Dept is ready to provide. At last count, the manpower shortage in the dept. was as high as 30%. And whatever check that the police perform is restricted to weekends, between 10-11.30pm because that’s when most people get out of F&B places. I have always advocated that when a person is caught Drunk and driving, it’s not some basic fine but a steep one that would really work. I always wonder if people in the West or other countries are actually disciplined all by themselves, whether it is obeying traffic rules or other civic rules. Most often I have noticed that it is the fear of Fine, a form of punishment that deters people from committing such acts. In India, one can get away by paying a mere Rs. 100 for over-speeding, parking in an unassigned area or even jumping traffic signals! Shamefully, the basic fine for drunken driving is all of Rs. 1,000 / - . If the sergeant feels so, then he could summon the errant driver to appear in front of a metropolitan court and accept his mistake, pay a fine and then he / she is out. I am told that in some cities in Japan, the bar-man keeps an eye on those who consume more than the stipulated level of alcohol and while the bill is cleared, they are advised to either take a taxi or use one of the chauffeurs who are appointed by the night-club for a small cost. This way, many people get employment part-time and patrons are taken home safely. This is not just customer service but by law. Such an idea was mooted and tried by a few restaurants in the city, but for reasons one could guess, it just didn’t work. We preferred to drive back ourselves. 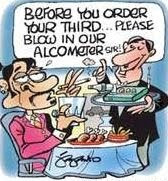 Wonder what this curb means to F&B business across the city. If the outlets are kept open for 2-3 hours more, the sales could increase by 10-25% depending on the category. The increase in taxes alone one would pay off the additional costs (if any) to maintain law and order in the city. Recently, Delhi Government announced that small joints could sell Beer and Wine, keeping in mind the upcoming Commonwealth Games in Oct. 2010. We are not even asking to increase the number of Liquor points of sale, but just to extend the time until which places that serve F&B are kept open. Will the upcoming global city get truly global? Time will tell. Cheers.
Bangalore Bars F and B GIM Malls Pubs Restaurants