My initial happiness started worrying me after sometime – after all who wouldn’t want to achieve their Sales targets! When I was told earlier in the day that the store would close by 4pm, I was a bit happy as I could go home early. But that day, I stayed on, for I wanted to see the people’s leader who would be walking down Park Street with her followers. Yet another protest; yet another reason to bunk work, thus grinned Mr. Bannerjee, my senior colleague in his typical Bengali accent- not that he was complaining, but he was more concerned about reaching home which was at suburban north Calcutta since most taxi drivers would take off from work and those plying would demand double charges. Along with Musicworld, where I was the Operations manager 10 years ago, most other retail stores & F&B outlets along the stretch downed their shutters early due to a protest march organized by a relatively lesser known regional party, The Trinamool Congress. “So where is their leader”, I asked my colleague Sandeep Mallick. “There you see, that short lady in hawai slippers, she’s the one” he replied. I was stunned that such a simple looking person could lead a party and a few thousand followers –for her party as well as her protest march that particular day. I was more familiar with an erstwhile woman Chief Minister of Tamil Nadu where I came from, who would adorn more jewelry than that of a model who poses for Jewelry brands would until she vowed never to wear any ornaments after the ruling DMK put her behind the bars citing various scams. After 10 years, she is back in power today and is expected to run the state in a few days, hopefully more efficiently than the decade that passed by.

Just a few months back (in 2001), the Communist Government had assumed power, this time with a new Chief Minister though, Mr. Buddhadeb Bhattacharya, after the octeganerian former CM Jyoti Basu relinquished the seat of power. Buddhadeb, over the next 10 years tried his best to bring reform and change the business landscape but the fundamentals of his party would not allow him to take brave steps too often. And the rest, as they say is History. Singur and Nandigram were bitter memories that the industry would like to forget. Prestigious projects moved out of the state due to government apathy and the worker’s lethargy. The overall mood in the Retail Industry which peaked all over the country in mid-2000s didn’t have much impact in the state, thanks to a workforce that quite didn’t enjoy working in the modern retail formats. Though money was good, many felt that the jobs were lowly and probably they deserved better. A typical middle class Bengali who reads atleast two newspapers every day, one in English and one in the local lingua, is quite updated with the latest within the Organized Retail set-up across the country. Recently, I was a speaker at the “East India Retail Forum”, organized by IMAGES Retail, India’s premier retail publication in Jan’11. There were over 100 retail honchos across the spectrum who attended the event and the mood was upbeat about the impending Retail transformation that’s on the anvil. Miracles are certain, they believed and I too did, given the slow but steady change in mindset that I had seen over the past year – on my first visit to Kolkata after 10 years since I moved in 2001, I wrote on my twitter (@shri611) “so much has changed, yet nothing much has actually changed here!” What I meant was while there were new high rises and a strong immigrant workforce that had moved in, the old-timers remain what they were, reluctant in some cases to change and a few even questioning why they should. 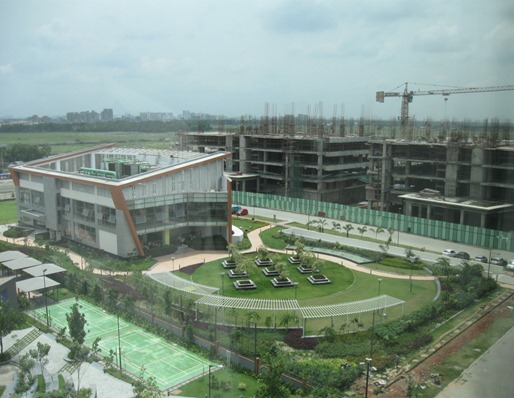 All that is about to change thanks to the latest verdict in the state elections where the Trinamool Congress has won a 4/5th majority, ousting the Communist rule after 34 years. It was a shocker to see the outgoing Chief Minister, the Finance minister and many others losing their seats in their respective bastions. Just goes to show that the average Bengali was fed-up – and probably wants a change urgently. He deserves, that’s my belief too. I started my career in Kolkata, way back in June 2001 when I reached the Howrah station all alone, with four bags and loads of dreams, to build a successful professional career. Wasn’t sure if Retail was my cup of tea (or coffee, as I am responsible these days for increasing the café count for India’s largest coffee retailer) but I stayed on. I had just one friend, Hemanth Subramaniam, a former classmate at college who lived in Calcutta those days with his parents who came to pick me from the railway station. The city was over crowded by my Madrasi standards, I thought. And the city roads were congested and there wasn’t even a supermarket to buy toothpaste and shaving cream, I thought. But my first few days at Musicworld changed all my thoughts – that Retail was indeed where I would remain. My circle of friends and well wishes grew over time, so much so that I was hosted four farewell parties when I departed in just a year! 37 Chowringhee, a building that stands proudly, built during the British era was one of my favorite inspirations that housed the Corporate Office of ITC Ltd. at whose factory near Chennai my father toiled for over 30 years to build a family and careers of my sister and myself. I had a lot to give back to the city of joy, where the loner in me was treated every other weekend by someone or the other at Someplace Else or Flury’s, at Tantra or London Pub! During my recent visits and interactions with so many people including those from Government functions as well as those in private establishments, I see an urge, an immediate intention for embracing modern ideas, Organized Retail included. 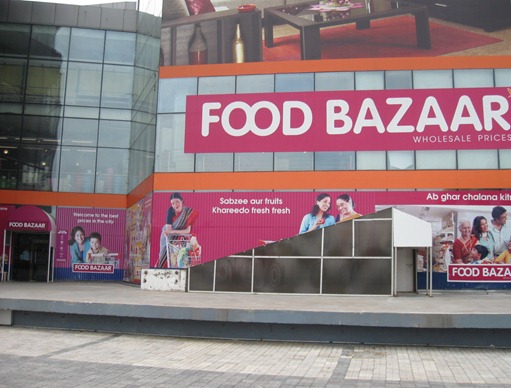 I am neither a political analyst such as those who feature in “We the People” or “Breaking at 9” nor a mediocre journalist who screams on Tv or writes sensational headlines in newspapers to grab attention – just a Retailer at heart, by profession and choice. Apart from Musicworld & Spencers from the home grown RPG Group, The Ambuja Group and Forum have built several malls in the state while national retailers including Café Coffee Day, The Future Group (Big Bazaar, Food Bazaar, Home Town, Brand Factory), Shoppers Stop, Reliance Retail, PVR Cinemas, Pizza Hut, KFC and many others are all expanding rapidly across the state. A Central Mall is expected to open in Kolkata soon! What I look forward is just a better Retail scenario – one that the Bengali deserves and one which can change their lives and lifestyle quite well. Hoping for a “Paribartan” that would put Kolkata on top in the Indian Retail Map in times to come.