It was heartening to read that two of India’s low-cost airlines, Spicejet and IndiGo have ordered new aircraft. My former colleague and boss at BIAL Stephan Widrig, currently the Chief Commercial Officer at Zurich Airport used to say that world over, Aviation grows twice at the rate of national GDP. And rightfully so. Except for 2008-09 when India’s aviation landscape saw a slowdown, which was mostly a perceived threat to future incomes than any direct effect on current earnings, I guess we have been flying happily. The flight I just took, a Jet Lite from Delhi to Bangalore (low-cost identity of India’s premier airline Jet Aiways) was almost full,. When my ticket was booked a week ago, the return fare was around Rs. 11,000 (USD 230). Not bad, I would say. And almost all airlines are running full during the peak hours and the load factor on an average seems to be over 80% (no of seats filled per craft).

Spicejet was recently acquired by media baron Kalanithi Maran, who runs the Sun television network across the country. Though media and aviation have nothing much to do (atleast directly to spur each other’s growth), he would be the only person who would know the reason and logic behind entering a rather unknown industry. Having said that, he has been an excellent entrepreneur in his own right and has created a niche for himself in the media industry, in which his company controls over 70% of channels and viewership in Tamil Nadu, especially in South India. While he is known to be a media-shy person, he is also known for his aggressiveness in his business approach. So, when Spicejet announced expansion plans by acquiring new aircraft and applying for international routes, industry observes are not surprised. But his team and he are doing something rather differently. Instead of buying an Airbus or a Boeing, they have chosen to buy Bombardier aircraft. Except those in the industry, many wouldn’t know that aircraft which have lesser than 80 seats are exempt from various aviation and airport taxes in India. Most importantly, they don’t have to pay landing and parking charges at these airports. Since they have smaller aircraft sizes, they can easily land in smaller landing strips of 2,000 – 3,500 metres (Delhi has 4,200 metre long runway which is capable of handling the Airbus 380, the largest passenger plane currently). Many years back, Captain Gopinath, the pioneer of low-cost flying used the same to his advantage when he launched Air Deccan, India’s first low-cost airline by operating mostly ATRs to fly regional short-haul (less than 2 hour) routes. Similarly, Paramount Airways (which is now defunct and has severe debts) used Embraer aircraft and reaped benefits until such time they were alive. Sadly, both companies couldn’t sustain for too long due to investments and cash flows. Maran, hopefully shouldn’t have that issue. 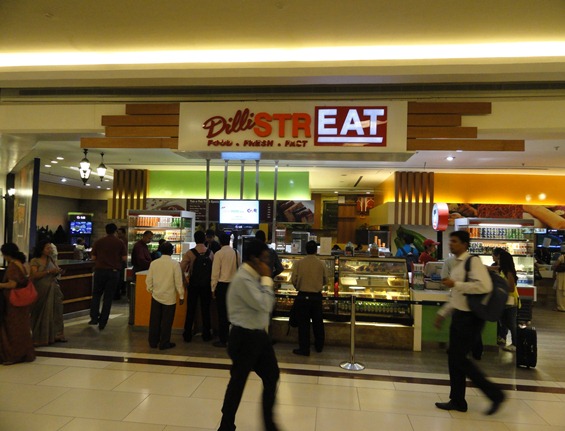 Now, how does that help Retailers? Indeed, it does. Indigo and Spicejet have announced plans for International expansion. While Spicejet has chosen Hyderabad Airport as its hub, Indigo will use Delhi  for expanding its base. Thanks to low-cost operations, both these airlines are expected to penetrate into Tier II towns. Smaller airports such as Raipur, Ranchi and Patna have demonstrated double-digit passenger growth over the past two years. Thanks to employment opportunities, youth from these cities are living and working in bigger cities like Mumbai, Delhi and Bangalore and fly down to their home-towns when required rather than spending days together in trains like in the good old times. Now – more the number of passengers, more the opportunity for commercial establishments. And that’s where Retailers are expected to benefit. For example, after successfully operating at Bangalore and Hyderabad airports for the past three years, HMSHost,  the $8 Billion F&B Retailer has recently won 10 year contracts at Chandigarh and Lucknow! While their bid was aggressive and raised eyebrows among the Industry, the company seems to be unfazed, After all, they operate at most number of airport locations in the world as a company, and should know better than anyone else. With their knowledge and expertise, not only would they set the standard in these airports, but would also fulfil the passenger requirements to the best possible. TFS, a newly launched company 2 years ago now operates F&B concessions at Mumbai and Delhi airports (the two airports account for over 45% of aviation in India). Chennai and Kolkata airports which are undergoing modernisation by the state-owned Airports Authority of India are also expected to go the master concessionaire way! 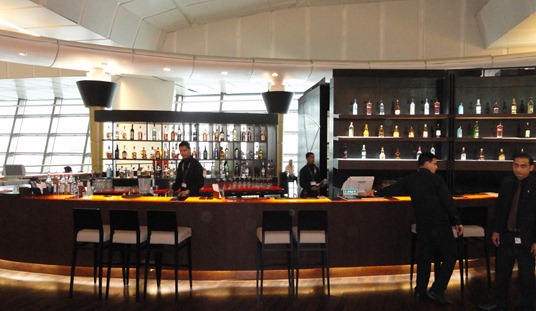 Regional Airports like Trichy, Coimbatore, Mangalore, Nagpur, Pune, Ahmedabad, Bhubaneshwar and many more are expected to propel aviation growth over the nest few years. Not only would they feed domestic traffic, they would also encourage the ever-aspiring  middle class to undertake their first foreign jaunts. Indigo is offering a return fare of Rs. 9,999 to Dubai or Singapore from Delhi. Add on another Rs. 5,000 or so from anywhere in India for a connecting Indigo flight and a foreign trip for a couple at less than Rs. 30,000 (excluding cost of stay which works out to be very cheap if one avails package deals). These low-cost carriers are indeed growing the market and this would only help Retail and F&B players who are currently operating, as well as intend to operate at airports. The F&B spend per pax is currently less than a dollar across Indian Airports – compare that with a pax spend (on F&B) across major airports in the world such as Dubai, Singapore, Heathrow, Zurich which ranges from $5 – $15. More so, the low-cost airlines do not provide F&B on-board, so that is another opportunity that the F&B Retailers can capture. 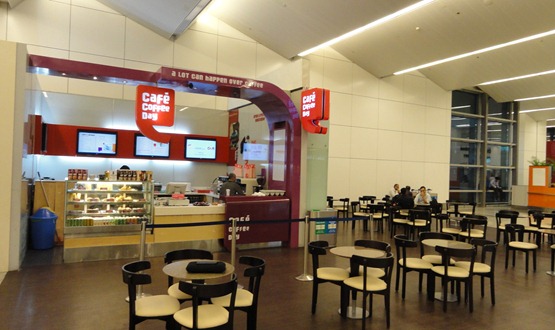 Indeed, there is a long way to go for Travel Retailers in India and yes, it is expected to be a bumpy ride, thanks partially to lack of basic infrastructure requirements and trained manpower, but atleast there is a start that’s in the anvil. It’s up to the Retailers to identify and chase the opportunities and the to make the most out of them.