I recently came across an article which claims that Bangalore is the most painful place when it comes to commuting and parking of vehicles! My suggestion – is to build more Malls. 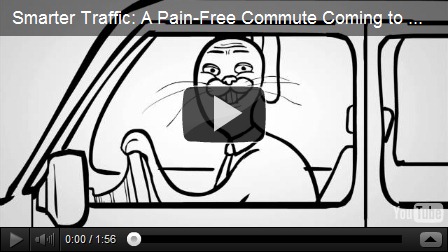 A new IBM survey of the daily commute in a cross-section of some of the most economically important international cities reveals a startling dichotomy: while the commute has become a lot more bearable over the past year, drivers’ complaints are going through the roof. The annual global Commuter Pain Survey, which IBM released recently, reveals that in a number of cities more people are taking public transportation rather than driving, when compared with last year’s survey. In many cities, there were big jumps in the percentage of respondents who said that roadway traffic has improved either “somewhat” or “substantially” in the past three years.

To better understand consumer attitudes around traffic congestion as the issue continues to grow around the world, IBM conducted the 2011 Commuter Pain survey. The IBM Commuter Pain Index, illustrated in this speedometer graphic, ranks the emotional and economic toll of commuting in 20 international cities. From right to left, cities are plotted from least painful starting with Montreal and gradually increase to the most painful city, Mexico City. But that’s only part of the story. In many cities, the survey recorded significant increases, when compared with last year, in the number of respondents who said that roadway traffic has increased their levels of personal stress and anger and negatively affected their performance at work or school.  “Commuting doesn’t occur in a vacuum,” said Naveen Lamba, IBM’s global intelligent transportation expert. “A person’s emotional response to the daily commute is colored by many factors – pertaining both to traffic congestion as well as to other, unrelated, issues. This year’s Global Commuter Pain survey indicates that drivers in cities around the world are much more unsettled and anxious compared with 2010.”

According a report recently in Times of India, around 1,300 vehicles are fined everyday for illegal parking. And this is just the official number. I would assume for every ticket that is issued, atleast 5 are not! So, we can guess the number of illegal / wrong parking. Whose fault is it – to provide adequate parking spaces in a city like Bangalore, to ensure ample public transport is provided? And as users, as commuters, aren’t we as public responsible too? Well, there are no straight answers. In a growing urban metropolitan city like Bangalore, this is bound to happen. With the price of automobiles going down each year (and despite the rising petrol costs), more people are opting for personal transportation options, both for official as well as personal usage. And I wonder what relief a 3km Metro rail will bring in the short-term and even if a fifth of the city is connected, am not sure how useful it is going to be! 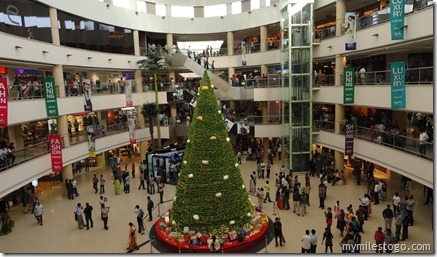 However, there is a simple solution through public-private partnership that can significantly reduce the pain-points – build more public car parking spaces which would also double up as Retail Destinations! Call them Malls, Shopping Centres, whatever. And we already have a great example in Garuda Mall. The land belongs to the city Corporation, the structure built by a private party which was expected to house over 2000 cars and two-wheelers. And also have some shops which would provide the revenues to maintain and manage the parking lot. And we know the result – a swanky mall with 100s of shops and restaurants including some big names such as Shoppers Stop, Westside, Louis Philippe, Benetton, etc. a full-blown food court and a six screen INOX Multiplex! Avid shoppers wait patiently outside just to just enter the mall over the weekends! Movie-goers reach the Mall 20-30 minutes before the cinema commences to ensure they watch the film from the beginning. A similar example is Mantri Mall at Malleswaram in South Bangalore

Bangalore, overall has only 10 notable Malls for a city that has a population of over 8 million people (as per the recent census). By any means, this is just not enough. World cities like New York, London, Paris, Tokyo, and even Shanghai and Beijing have a reasonably more number of Malls. And many other Retail destinations such as Hypermarkets, Neighbourhood Malls, etc. These locations, typically act as public parking spots for a particular locality during the day (since serious shoppers typically prefer late evenings or weekends). In a way, higher retail proliferation also means additional space on offer, which makes the market more competitive, such that builders and developers or Mall Management companies do not charge the Retailers exorbitantly, which in turn affects the number of stores a Retailer or a Brand operates in that market. This can be seen vividly in markets like China close by and in the US, needless to say. For example, every locality would have a Wal-Mart with hundreds of car parking lots – and it is not just for shoppers, but also for those who have work in the vicinity.  The expectation is that those who didn’t have any work in the mall may also just pop-in. And it happens many times. 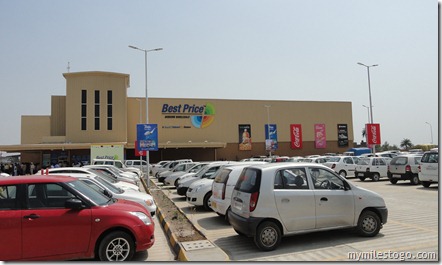 Infrastructure is one of the biggest challenges India is facing, and Retail Infrastructure is no better. Coupled to that, we as a society are averse to walking – which is very common to see in Japan, Singapore, Hong Kong, China, Europe and other countries. They say, that cafes and QSRs do not have parking lots (worldwide) because customers prefer to walk a bit. But not in India. Even a humble “darshini” restaurant which serves local fare would see a dozen two-wheelers parked outside its shop, mostly in a “No-Parking” area. Most of us, in the name of saving time prefer not to walk even a bit. And people also blame it on pollution, lack of pavements or walking tracks and so on. 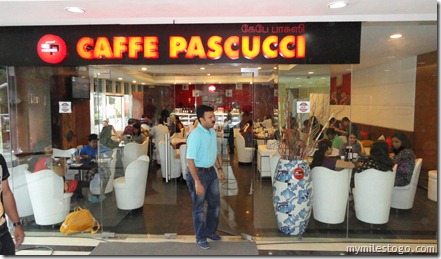 Bangalore will see two new retail developments open its doors within the next six months. Each of them have a million square feet of Retail, F&B and Entertainment. And a couple of smaller developments are in various stages too. Together, at the moment around 5,000 cars and two-wheelers can be parked in our Malls but this expected to simply double with the new developments coming in. I assure, the next time I have to visit a place I will atleast attempt to look for a nearby mall. What about you?