Late 2009 was the time when one could see the slow down of the 2008 Economic slowdown in India. While rest of the world including America, Japan and parts of Europe were down with Recession (read: 2 Quarters of continued negative economic growth), India was seeing its GDP grow at a modest 7%. As Kishore Biyani, CEO Future Group once said in 2008, “Consumers are sitting on the fence, not really knowing when and what to spend”. How true, it was at that time. And then 2010 happened. Growth was the new buzz word and Retailers were back in action. New swanky stores, additional staffing, high-paid executives in the upper echelons and yes, a double digit same store sales growth which was being celebrated by one and all. All izzz well – the song from the movie “3 Idiots” was the most hummed song among the Retail fraternity thereafter for the next 18 months. 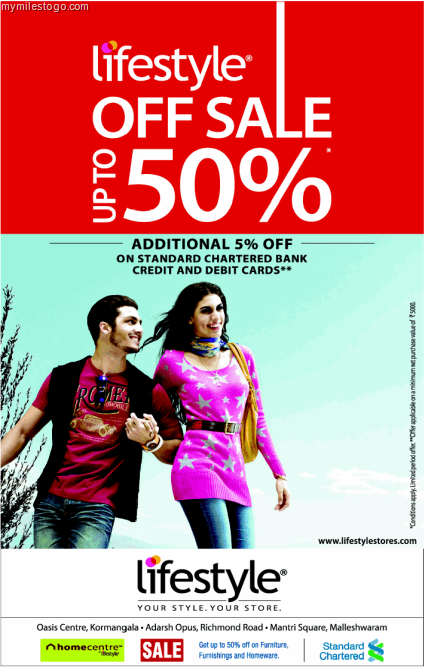 Consumers who were holding on started buying new houses; furniture and furnishings for their new/old houses; Cars of all sizes – from an upgrade to a sedan to the first four-wheeler in the family; brown goods – LCDs and LEDs saw growth of over 100% for some brands! Refrigerators and Washing machines were flying off the shelves; Smartphones’ sales grew than those of normal phones; shoppers were buying more footwear and clothes, not just to show-off their wealth and happiness but because they could now afford to. Monthly grocery, which is an important metric to measure consumer confidence was growing at a healthy double digit. The confidence in consumer spending allowed Retailers and Brands to invest more and more – on new stores as well as higher targets. Unfortunately, the party seems to have ended abruptly.

Lifestyle, India’s premier Department Store Chain was the first to announce EOSS – End of Season Sale last week. This came as a big surprise to the market – consumers aren’t complaining though. Central Malls, part of the Future Group and the largest mall chain in the country announced flash sales over the New Year Weekend, only to end up disappointing itself. Even brands like Levis which wait until Valentines announced “Sale” a day before. Spanish chain Zara, went on sale too, albeit it matches its International calendar where the end of season sale happens around Boxing Day and continues until Christmas. The new season in the West begins from January onwards. Most brands usually run on full price until Feb. 14, assuming shoppers would anyway buy, irrespective of the price-tag to fulfill their own wishes as that of their loved ones. This year seems to be an aberration. 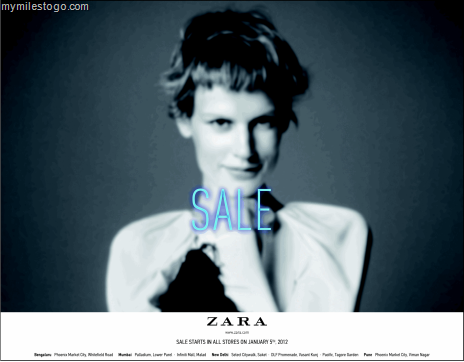 “The targets for the current year were ridiculously high; We pleaded the Management not to set such high, unrealistic targets but they were in no mood to listen, thanks to the high voltage sales that have happened over the past 4 seasons” – says the Area Sales Manager of a premium apparel brand, who requested anonymity, saying he was not the official spokesperson. The Unit-Head of one of India’s largest Department store chains quipped that the chain has more stores today in large cities and hence the pie doesn’t seem to be growing rather getting cannibalized. “Instead of increasing the customer base of loyalty members through marketing activities and TV ads, the Management is getting into deep discounting; we had one of the finest customer service staff 4 years ago, but I cannot claim so now; they (the CSAs) are paid 6-7000 bucks and obviously the quality of staff and their service has deteriorated.” This gentleman, whom I’ve known for over seven years now requested I don’t mention his name as he may even lose his job for saying so.

“These days, people are walking to our stores, checking out the products and then buying online. 5 years ago, the larger players were threatening our livelihood, but these days, looks like the online players will wipe us out”, quips Ravindra, shop assistant at a leading electronic store in Bangalore. “FDI in Retail is a big threat for us; if the big international players step up their expansion like what I’ve seen in the Gulf over the past 15 years (read: Middle East), then we will all have to shut shop and find an alternative full-time job rather than running these departmental stores”, cries Syed Pasha who settled in East Bangalore 5 years ago after working in Sharjah for 15 years as a low-cost laborer. 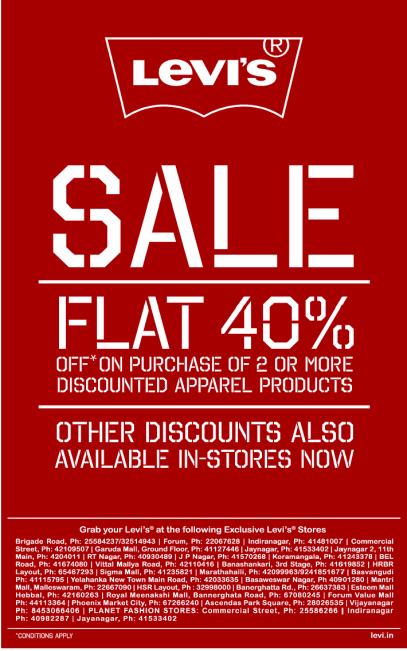 So, is the party over already? The answer is a big NO. Retailers and Brands have to realize that short-term growth is no metric for long-term survival. Nor would E-Commerce players like Indiaplaza.com would take away their share of business. India is a one trillion dollar economy and is fundamentally a strong one, with its ability for self-sustenance. (Sale) Targets are an important part of the business but they are not the only ones to focus on. Most Retailers and EBOs of Brands need to step up customer service. Rather than pay lower and have more staff, they should consider paying higher salaries, mostly linked to sales and have lower staff on the floor who are efficient and effective in their output.

(Suggested Reading: What retailers can learn from the aviation crisis)

The Retail India Story has just begun; Internet Commerce is still under-penetrated at the moment. Retailers can and should take advantage of growing consumerism with better service with fewer stores. As always, Small is Beautiful.