The Apurva Chandra Committee appointed by the Union Government of India to review the proposals made by the Associations and Unions of the owners of over 40,000 fuel stations in India to increase their margins has proposed a few charges to be incorporated which are as below;

“These are the maximum suggested charges. The RO (retail outlet) dealers would be at liberty to charge lower rates” the committee said in its report reviewed by the Economic Times, India’s leading Financial daily. Currently these services are provided free, and pumps are penalised if they do not offer these facilities. The committee, which submitted its report last year, justified user charges as dealers required to employ additional staff to man these services. The Federation of All India Petroleum Traders (FAIPT) has threatened to go on an indefinite strike from April 23, 2012 onwards in case their demands are not fulfilled, among which are to increase their dealer margins on selling petrol and diesel which is Rs. 1.49/- and Rs. 0.91/- respectively at the moment. The committee had summarily rejected fixing the commission as percentage of the invoice value (proposed by the dealers as 5%) and recommended a 33% increase in dealers’ commission on petrol and 23% in diesel. 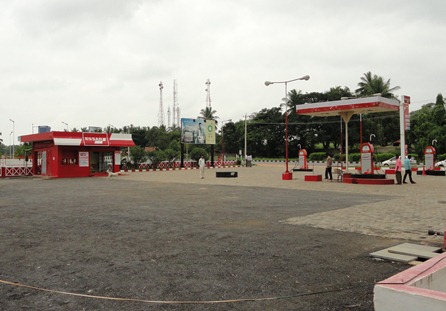 To me, it seems ridiculous to say the least to charge for value-added services such as water and toilets, let alone filling air in the tyres! Not that patrons would mind paying these small change – but for a Government appointed panel to propose such recommendations is going back ten steps – with all the modernisation and world-class looks and amenities of fuel stations in India, which started off more than a decade ago.

Petrol & Diesel are essential commodities. While Diesel (prices) are regulated by the Government, Petrol was deregulated a few years ago. Public Sector Undertakings like Indian Oil Corporation (IOC), Bharat Petroleum, Hindustan Petroleum, etc. and private players such as Shell, Essar and Reliance are free to price petrol as per their wishes. The price adjustment is executed once every 15 days and it usually goes up or down by a few paise – small change at a rupee level, though it could run upto Rs. 10-15 for a full tank of fuel of 40 litres. Petrol price itself is usually hiked once every 3-4 months by the Oil PSUs which also allows the private players to proportionately increase their prices. Private players price their commodities a bit higher than the PSUs citing lack of subsidies by the government which are liberally showered by the Union Government. Diesel, which is the main fuel used to ferry people and products in this country is almost a sacred commodity – tweaking prices by a few rupees has seen severe backlash over the years and is left untouched – swelling the losses incurred by the oil companies. 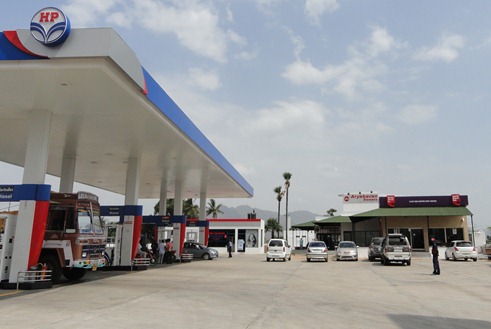 Forecourt Retailing, or having Retail outlets within a Fuel Retail Station is not very popular in India, although it has been a practice to have some convenience shops within its premises selling chips and candies. In the West, it is common to see supermarkets, grocery stores, gift shops, coffee shops, fruits and vegetables and so many categories of items being sold in such outlets – they bring additional footfalls to the RO as well as provide alternate, incremental incomes to the RO owners. In India, it hasn’t taken off very well, except for the one of success claimed by Bharat Petroleum and Hindustan Petroleum with their respective convenience stores. Café Coffee Day, India’s largest café chain with over 1,250 outlets at the moment is the only national player apart from McDonalds to have a significant presence at Fuel stations. And this seems to be only growing. "Between verticals and formats we keep looking at opportunities for expansion," said K. Ramakrishnan, President – Marketing in an interview to The Hindustan Times recently.  The other verticals where CCD is expanding include transport hubs, malls, multiplexes, highstreet, residential, premium institutions (such as hospitals and educational institutions), and highways. Highways are an important component for retailers like CCD, where finding reasonably lower-rental locations is easy, especially within fuel stations. Customers are familiar with the brand and therefore stop by at their outlet while refuelling their cars and refilling and relaxing themselves. McDonalds too operates many outlets on the highways, mostly within petrol stations. The RO dealer, in return for renting space gets either a fixed rent or even a revenue share on Sales.

Rather than charging additionally on value-added services like filling air and drinking water or for usage of toilets, it would make sense to create a strong value-proposition by exploring various retail formats within the ROs. Reliance Petroleum, which operates and manages over 600 ROs in the country includes a restaurant in most of its outlets. These were earlier operated internally by Reliance in the name and style of “A1 Plaza” but were later outsourced, given the better understanding of F&B players like Kamat Yatri Nivas who manage some of their prestigious locations. While the luxury of space allows to operate F&B outlets and other large format stores in the Highways (where overall rentals are cheap), it may not be possible within the city limits where space is at a constraint and while people are in a hurry. In these cases, it may make sense to sell small ticket items such as magazines and popular books, candies, chocolates, wafers etc. This wouldn’t require heavily trained staff while at the same time can get incremental revenues too.

It is only in the interest of customers, fuel dealers and Retailers that we move progressively – in a direction that is to the mutual benefit of all rather than recommendations like above where basic amenities are charged for! Pity!