Recently, the Chief Minister of Tamil Nadu launched a populist move in Chennai to commemorate her birthday – a Government funded canteen that serves one idly (rice patty) for Re 1 (1 USD is Rs. 53 approx.) Yes, you read that right, One Rupee for a Idly. The move is aimed to cater to the needs of those under the poverty line and the poor, the working class such as drivers of autos, taxis, trucks and so on. This was a way Amma (mother) as she is fondly known as, appeased the vote bank. It is not sure how much this scheme is going to cause to the State. Ofcourse, these so called welfare measures are out of the state’s coffers – tax payers money. It so happened that the very next day since this scheme was launched, I was travelling through the Chennai Airport which is managed by Airports Authority of India, a government body which also operates the Airport in Kolkata. These two airports faced stiff opposition by the unions when the Ministry of Aviation privatized the other major airports in India in 2005 located at Delhi, Mumbai, Bangalore and Hyderabad. These six airports contribute to over 70% or more of the total air travellers in the country which is estimated at 110 million pax per year. While the Kolkata Airport has been recently renovated at a cost of Rs. 3,000 Crores, the Chennai Airport has been renovated for aorund the same cost and was inaugurated recently although the terminal buildings havent been opened up to the public due to lack of passenger amenities, a move that the Commercial Department of AAI conveniently seemed to have forgotten while planning the terminal building. 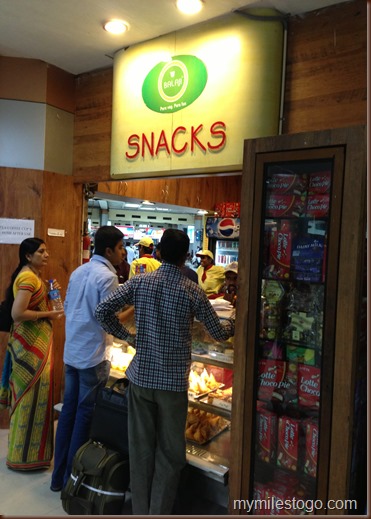 I was taking an early morning flight, a long one that too to Ahmedabad via Mumbai, an arduous 5 hour journey. And I was flying Spicejet, India’s most preferred low-cost airline which doesn’t offer complimentary meals on board, rather “sells” Cashews and Sandwiches at exorbitant prices. So I chose to have a quick breakfast before the Security Check for which I had quite some time. I walked up to the nearest F&B Kiosk which was serving hot food items. I ordered a plate of idly consisting two pieces and a Vada. The damage was Rs. 100/-. Yes, you read that right. Most passengers like me had no option but to pay such steep prices at airports to quench their hunger and thirst. What was more surprising is that the staff do not issue bills for every item sold on their own. Rather, the consumer needs to insist one of they really need one. I demanded one. And bingo, the staff tore a piece of paper from the manual bill book which had pre-written “Breakfast” in many of the bills. A closer look and the TIN numbers which are mandatory were indeed printed. But VAT or Value Added Tax and other charges such as Service Charge, Service Tax, etc. were not explicitly mentioned in the bill. I couldn’t blame the staff because they were just doing their job. I quietly paid the bill and proceeded to the aircraft. Afterall, this is not an isolated case at Chennai Airport. Almost all airports managed by AAI have the same issues more or less.

So, why are airport food products so expensive? To begin with, it’s the way the places are leased out by AAI. They follow an age-old practice of an out-dated tender system wherein those who qualify should propose a base price for the said location. H1, which is the highest quote gets selected. The tender period is usually for 3-5 years and doesn’t specify the architectural look and feel of the outlet. And most often, there is no seating option that is provided. This is completely contrasted by the approach taken by private Airport operators such as GVK and GMR Groups which manage Mumbai & Bangalore and Delhi & Hyderabad Airports respectively. The chosen partners need to submit and discuss schematic drawings and layouts with the airports and thereafter finalized. The design is not just contemporary but also functional and convenient. During my tenure at Bangalore Airport (BIAL) in 2006, we launched a global tender for Retail and F&B which attracted top players in the world to compete on a level playing field. The selection process was touted as one of the most transparent and efficient processes by international media which tracks Travel Retail. 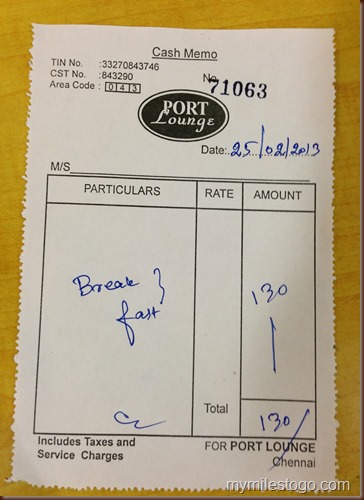 AAI’s outdated tender system is the mother of all troubles. Coupled with it is its terrible space planning with outlets spread haywire here and there. Add to it, unqualified commercial guys who have no clue of global best practices and arbitrarily follow the H1 route to choose partners. It is quite obvious that they quote higher fees in the tender and therefore over charge customers. Branded players like Café Coffee Day, Subway, Pizza Hut, McDonalds, etc who also operate at airports follow a corporate pricing policy and provide bills with all statutory requirements. Due to high entry costs and related operating costs such as complimentary snacks and beverages to airport staff, most organized players do not even venture into this arena.

A popular Indian Aviation Entrepreneur who successfully started and shut a low-cost airline often used to quip that there is a private mafia now in the form of private airport operators. But then, the government operated airports are no better.