I am not too surprised to see the two main distributors for Apple in India, namely Ingram and Redington jointly releasing full page Ads to promote the iPhone 4S and iPhone 5 in daily newspapers. There has been a huge Marketing blitzkrieg in this regard since Jan. 2013. No wonder, sales of Apple’s latest smartphones have seen a jump of over 100% across various Retailers such as Croma, EZone, etc. Until the launch of iPhone 5, Apple used to bundle their newest smartphones exclusively with mobile operators such as Vodafone, Airtel, Aircel, etc.Which means if a customer is not on one of the networks that has been bundled with, then he cannot buy the phone (one has to buy it with a particular network and then use the number portability option). All these changed with the launch of the iPhone 5 in India. During this time, Apple decided to release their phones to the broad trade channel through its two national authorised distributors mentioned above. Which meant that the iPhone 5 was readily available across major retail stores in the country right from its day of launch. Although there was an initial demand-supply mismatch, this was corrected soon. Apple executed the same flawlessly once again with the launch of its iPad Mini. What was more attractive is that these smartphones are available at attractive EMIs, for as low as Rs. 2,376 per month for 12 months along with a down payment of just Rs. 16,990/- The recent newspaper ads have drawn thousands of footfalls to Retail stores that stock and sell the iPhones. Although Samsung started this trend in 2012 for its Galaxy range of smartphones, the scheme has become more popular thanks to Apple’s initiative. 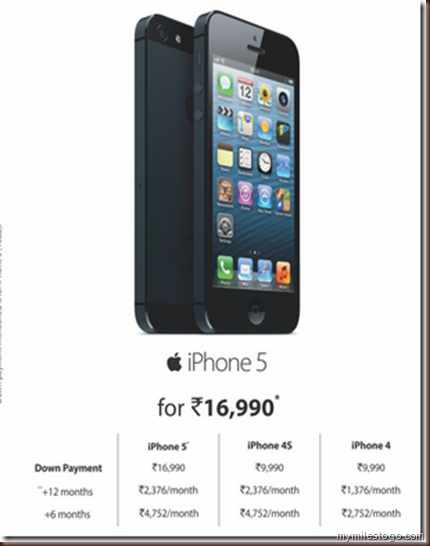 Recently, India’s top car maker Tata Motors launched a marketing promotion for its Nano range of cars. The Tata Nano which was launched with much fanfare a few years ago remains to be the cheapest car in the world with its base model touted to cost less than USD 3,000 (Rs. 1.50 lakh). The car didn’t take off well initially due to its stripped-down features but a prolonged grim economy forced fence-sitters to downgrade their purchases and this car seemed to fit the bill as far as a comfortable city drive was concerned. However, sales had come down still more over the past months. From 9,000 – 10,000 units a month in its hay days, sales have been hovering at about 2,000 units a month of late. So, the company decided to launch an EMI Scheme which is hassle free. At a equated monthly installment of Rs. 8,333 per lakh, a prospective customer can swipe his credit card from various banks such as ICICI, HSBC, Axis, Standard Chartered and Kotak Mahindra to avail this offer across dealerships. Add another Rs. 6,500 for fuel every month. Effectively for Rs. 15,000/- one can own and drive around comfortably with a family of four in the city in a small car such as the Nano. The initial market feedback seems to be good although one needs to wait and watch how things go along in the medium term. This is one of the most innovative promotions that the Indian Automobile industry has seen in recent times. 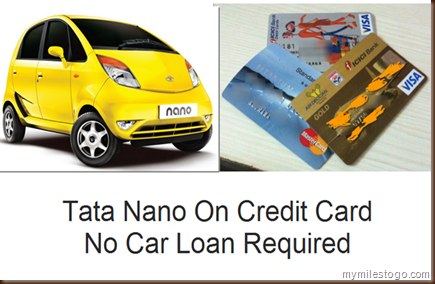 The younger generation which lives on what they earn today rather than save boatloads for future is spending happily on such promotions. I have personally observed so many of them earning less than Rs. 6-8 lakhs pa carrying such smartphones and showing off their ability to own them to those around. After all, their cost of acquisition is as low as Rs. 3,000 per month. They are probably cutting down their spends on other discretionary spends such as travel, food, cinema etc and rather investing on a wonderful smartphone for themselves. For a large middle class that thrives on day-today commute on their two-wheelers (the size of the Indian two-wheeler market is over a million vehicles a year), it is always a dream to travel in a four-wheeled vehicle, atleast on holidays and weekends when the entire family is outing. And such promotions actually help satisfy their needs. What needs to be seen is how long these promotions could sustain. For example, the typical target customer who would buy a Nano is one who is in the lower middle class and with the car being his first four-wheeler. But would he have a credit card to buy the car? If yes, would he have a credit balance of a few lakhs in his account, given that the entire money would get blocked if he had to swipe his card for purchasing a car and may not be left with any credit for other regular expenses such as monthly grocery, fuel, dining, etc.

Whichever way, the next-gen is hapy to live on EMIs. And Retailers should be happy!