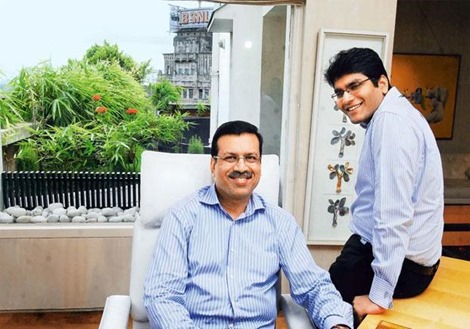 After dabbling with various sectors in the Rs 14,000-crore RP-Sanjiv Goenka group for about a year, Shashwat Goenka, 23, son of group chairman Sanjiv Goenka, has taken charge of Spencer's, the retail chain, from April 1. In an interview with Namrata Acharya & Ishita Ayan Dutt of Business Standard, he talks about his personal mandate and the road map for the Rs 1,400 crore business. Edited excerpts:

What goal have you set for Spencer's?
I assumed the role of sector head from April 1. What is most important at this point in time is profitability; that's where we are all trying to go. That will be the focus for the coming year and the year after. Spencer's is aiming to deliver Ebitda (operating earnings) breakeven at a company level in the third quarter of 2013-14 and be Ebitda-positive on a full year basis in 2014-15. That's the overarching short-term goal.

Spencer's has missed its breakeven deadline quite a few times. What makes you think you would be able to achieve it?
Well, each time we have done better. We have achieved breakeven at store-level but company level is what we want to achieve.

How do you plan to get there?
We want to increase our footprint. We will go up to two million sq ft from 900,000 sq ft currently and will expand in the north, east and south over the next four to five years.
We will achieve it over the next few years. The other important thing, obviously, would be operational efficiency.
In terms of offering, we would look at increasing international foods and regional foods. Value-added fresh is one of the areas we would like to explore.

Doesn't the fresh segment have one of the lowest margins?
We have very good margins in the food business compared to our competitors. Margins in apparel are obviously much higher but our margins in foods are good.

Any new formats for Spencer's on the anvil?
We haven't thought of any. We want to grow in hypermarkets.

Is the rationalisation process for Spencer's over?
Last year was the rationalising and consolidation process. We have exited Pune. In the past two years, we have closed 65 stores. Now, we want to start growing and in the hypermarkets.
Earlier, we had hyper, super, daily and express stores. Now, we have hyper and dailies and a few of the old express stores are still functioning.

Why did you exit Pune?
We wanted to become stronger where we are. So, we wanted to focus on the north, south and east. After we get that strong, we will revisit the west.

Why do you think the response from foreign retailers has been muted, after FDI (foreign direct investment) has been cleared?
I think people are interested. They just want to figure it all out before they come in.

Do you see foreign retailers as a threat to Spencer's?
Walmart and its likes coming in will help us. We can learn a lot from them. Back-end infrastructure will improve. There are basic infrastructure issues in India, like roads. Also, cold chains or dairy chains, for instance, are not very well developed.

Spencer's was exploring the IPO (public share offer) option. When is it likely?
That's something we definitely want to do but right now, the focus is on profitability.

Would you look at getting into the cash and carry format?
We have not looked at it. We want to be profitable and then explore other things.