No more EMIs for shopping

- October 02, 2013
The Reserve Bank of India (RBI) has come very strongly against the ongoing practice of Retailers like Croma, The Mobile Store, Imagine, Univercell and many more in assosciation with product companies and Banks to offer interest free EMIs (Equated Monthly Instalments). Currently, Brands like Apple, Samsung and many others subsidise their products by passing on the margins to Banks in return for offerring interest free EMIs. Using a credit card, consumers can own their coveted piece of technology or household items by converting their purchases into convenient monthly payments instead of paying at one shot. Many people have bought their first iphone or other smartphones which offline and online retailers have been offering for quite a while. Believe me, it is indeed tempting. Instead of spending ₹45,000/- all together,  one could pay as low as ₹4,000 for 12 months without paying a penny as interest. Even though Consumers could have paid the full sum, they prefer to pay in instalments. The scheme has graduated many who were having feature phones and CRT Tvs to upgrade to a smartphone or an LCD/LED Tv respectively. 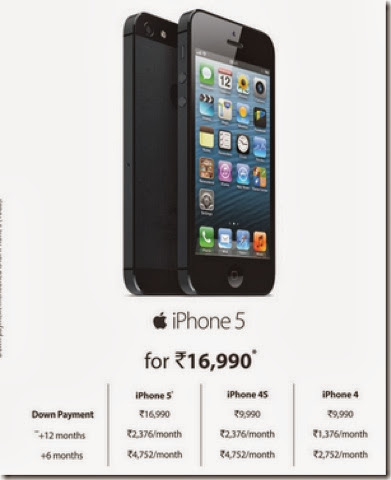 So, where is the catch? Who bears the interest cost?
Within the organized retail trade, debit/credit card penetration is quite low at about 15-35% at the max. Banks earn 1.25-2.50% commission on such transactions from Retailers. So, at a 12% interest rate on a transaction of ₹15,000, the bank could have earned ₹1,800 as interest. Instead, it gets only 2% on the transaction. The balance 10% is usually offset by the Brand which is promoting the scheme along with the Retailer. This is on top of the Retailer margin that the Brand pays the Retailer. Therefore, the real value of the product sold is much lower than what is perceived by the customer. The Brand usually doesn't disclose the discounted price of the product so as not to lose the value the customer would derive from the product.
The scheme has been a massive hit especially among youngsters and first time income earners who are new into their jobs but would like to impress people around them with fine gadgets et al.
The Banks usually anticipate a credit roll over, which means the customer is unable to pay the EMI and therefore pays only the minimum due in a certain month and rolls over the EMI to the next month, on which the Bank earns 3% interest on the said amount. They make up the lost out interest here too. 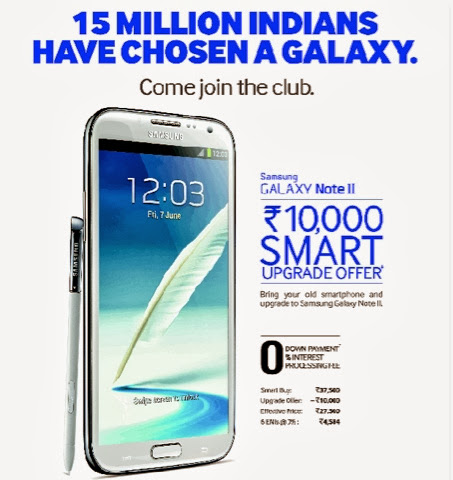 RBI is of the opinion that such schemes mislead customers about the impact of rolled over interests by Banks. The new Governor Mr. Raghuram Rajan probably also believes that these schemes promote unwarranted consumption thereby reducing monetary liquidity in the system. Among the slew of economic measures that have been taken since Sep. 13, this is a key one. Retailers are fuming. With the impending festivals eason coming in, Brands and Retailers expected a surge in sales. But this scheme has come as a dampener. Many middle class pople who aspired for their favourite consumer durable or furniture may have to put off their puchases or pay in full.
NBFCs and private financiers have however been exempted. Bajaj Finserv which has an over 40% market share in Retail credit must be happy. But for availing the scheme provided by them, customers must furnish certain other details such as proof of income, proof of address, PAN Card, etc. So, there is still hope for Retailers and Customers. May the festival of lights bring hope to one and all and increase consumption. Consumption laeds to Growth. Retail prospers.
Apple banks Croma customer galaxy iphone raghuram rajan rbi Retail Retailers samsung the mobile store univercell
Location: Chepauk Triplicane