- January 23, 2014
I had the opportunity recently to stay at Hotel Vista Park. It is located bang in the middle of the iconic Sector 29 Market at Gurgaon. This market is very special since it is the only area in Gurgaon which has about two dozen eateriees, restaurants, pubs and cafes. It also has Reliance Mart, one of the few Hypermarkets operated by Reliance Retail which is on its way to become the big daddy of Indian Retail in the organized segment. Footfalls pour in all through the day and night; mostly office goers who drop over for lunch or an evening catch up with friends and colleagues; And families over the weekend. Bikanerwala, one of the largest food chains in North India has a two storied very large outlet that sells sweets and condiments, has a fast food counter and a well laid restaurant. There is also a Micro brewery, Hops & Brews which I visited twice just for the love of fresh beer - and weisbeer is extremely rare to get in India except at such places. 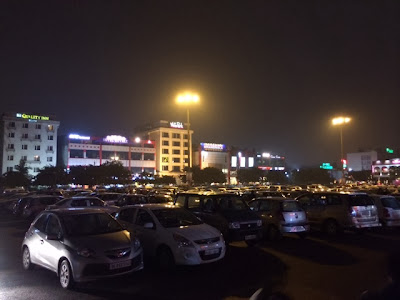 Then there is Starbucks Coffee, which brushes shoulders with Cafe Coffee Day and Coffee Bean and Tea Leaf. There is Mainland China and a couple of other restaurants that serve chinese/oriental cusine. Sphagetti Kitchen, one of the most remembered names for high quality Italian food is a mainstay in the market. Cream Centre, the high-end Veg Only Restaurant along with Sasuraal serves authentic North Indian and Punjabi food.

And then there are two large hotels which have over 25 rooms each, one being Hotel Vista Park where I stayed. These hotels also have restaurants and a small bar. To my utter surprise, there was literally no one in the in-house restaurants in the evenings. I would have expected the hotels to run a few schemes such as Happy Hours in the Bar or Food combos. But no. The staff were not bothered that guests were walking away to nearby restaurants. The Management seemed to be unaware as well. 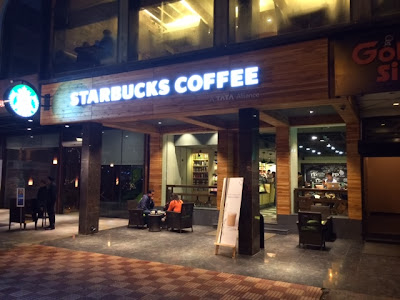 Restaurants in hotels, especially the Bar is expected to be a money-spinner. Delhi/NCR has more than 25,000 rooms of all classes and sizes, so most of the hotels have not more than 85% occupancy during peak times and about 45-65% occupancy during the year. Therefore, ancilliary income from room service, restaurants, banquets and party arrangements become extremely important for Hotels. These revenue streams are not always given a keen look by the Hotel Management teams, thereby allowing guests to spill over to nearby restaurants, bars, pubs etc. The main reason for Guests to move  out of the Hotels is because of the boredom created by the restaurants that are within and repetitive or usually uniteresting food and beverage options.

So, are stand alone restaurants, pubs and cafes a threat to these Hotels? Indeed. To circumvent this kind of a spill over, Ginger Hotels, a part of The Tata Group had tied up with Cafe Coffee Day. The cafes of CCD are located within the premises of these hotels, usually in the lobby and would normally be open 24/7 and would even serve piping hot Cappuccinos and Sandwiches to the rooms. Most of the Ginger Hotels have these cafes. A few standalone hotels too have made such arrangements to attract non-resident guests and the public at large. In the West, it is common to see cafe chains such as Starbucks, illy, Costa, to name a few to have their cafes within smaller boutique/business hotels. 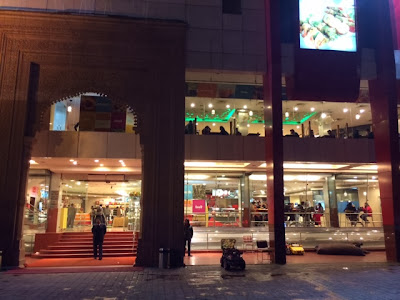 Hotels could do better to have attractive F&B units within their premises to add value to their revenues. Alternately, they could have more exciting dining spaces to retain resident guests. Ultimately, it is what they want to offer to their guests as part of the overall experience.
Bar Bikanervala Cafe Coffee Day Coffee an and Tea Leaf Costa Delhi Food Ginger Gurgaon illy organized retail Pubs reliance retail Restaurant Starbucks