Smartphones have come a long way in India over the years. Until about ten years ago, the most popular phones for business purposes were BlackBerry followed by Nokia Feature Phones for personal uses. Others like Samsung, LG, Motorola, etc. had very limited models and therefore very less sales (penetration) as well. Things started changing with the launch of the Apple iPhone in 2007. The iPhone revolutionised the way people used mobile phones with its remarkable technology, style and utilities. As is quite famous about Apple Founder Steve Jobs, the company doesn't conduct much of surveys about user's needs - it rather provides features that users never thought they would need one - the most recent being the finger print scanner for unlocking the iPhone 5S which was the most recent launch in 2013. Samsung Electronics, which is one of the leading Electronics companies in the world has surged past others in less than half a decade to dominate the world's number one position in Smart Phones across the world as well as in India. According to a recent report on NDTV Profit, Sales of Smartphones rose by 84 per cent in the quarter ending June 2014. Local and Foreign companies alike are sacrificing profit margins to build market share in India, which counts 914 million mobile users, according to Government of India data.
Technology Consultancy IDC India projects annual smartphone sales growth of around 40 per cent for the next five years in this price-sensitive nation. 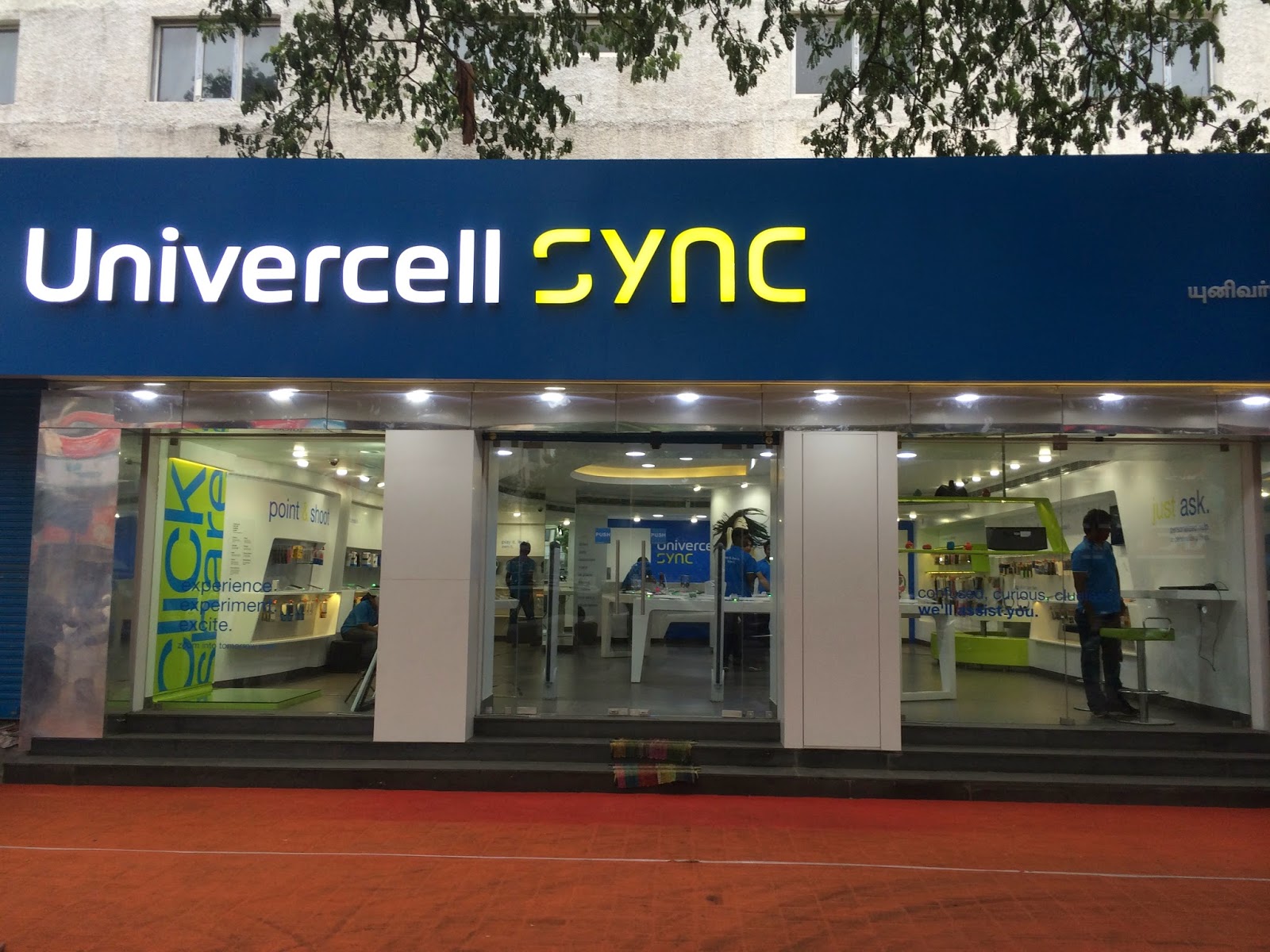 This is a delightful news for Retailers selling mobile phones and accessories. Univercell, Chennai based Retailer of technology products including smart phones, feature phones and related gadgets has grown consistently over the years and is rated No. 1 in terms of their network, Strategic Locations, Innovative Marketing, Friendly service and most importantly, a wide array of products across various brands. The Retailer, recently launched its newest format, rightfully called "Univercell Sync" at the tony Nungambakkam neighbourhood in Central Chennai. The store, spread over about 800 sft is strategically located to enthuse passersby to drop over. While the brand is quite popular in the city, the new "Sync" suffix is sure to attract a lot of people to get inquisitive and enquire the details about the new initiative.

The store layout is interestingly divided as various zones for purposes such as Photography, Music, Work, Accessories and Kids. Gadgets are displayed utility-wise rather than Brand-wise, which is a great way to encourage customers to choose the right gadget according to their uses. Global giants such as Apple, Samsung and LG share the display space with home grown Micromax and Karbon. However, the phones are still displayed price wise within the display areas so buyers can choose within the price range they require. 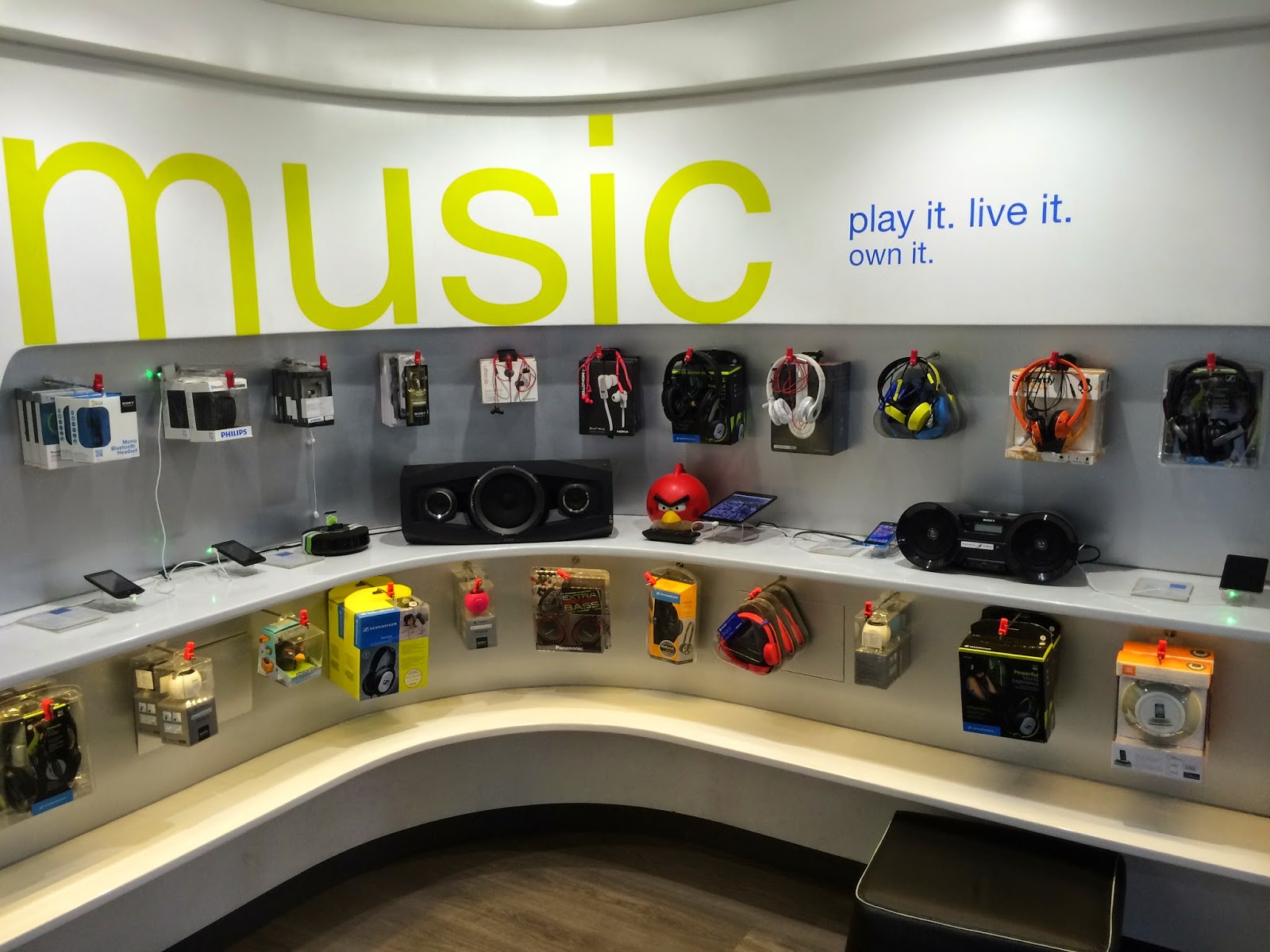 I was pretty impressed with the Music zone, especially. If CDs killed Music Cassettes fifteen years ago, the iPod killed the CD players a decade ago. Today, most of music is stored and played digitally and handphones have most of them, since people prefer to have a single gadget for making calls, taking photos and for listening to music. The display also includes music gadgets such as speakers, bluetooth devices to stream music, ear phones, head phones and cables to connect. With the touch of a button, its quite easy to connect one's phone to many of the devices and have a live display, which would aid buying the right product quite easily.

I was also quite intrigued with the kid's zone - a special area for interaction with the young ones - kids can hang around and explore various interesting things about the gadgets and the friendly staff are also helpful to teach them a thing or two. 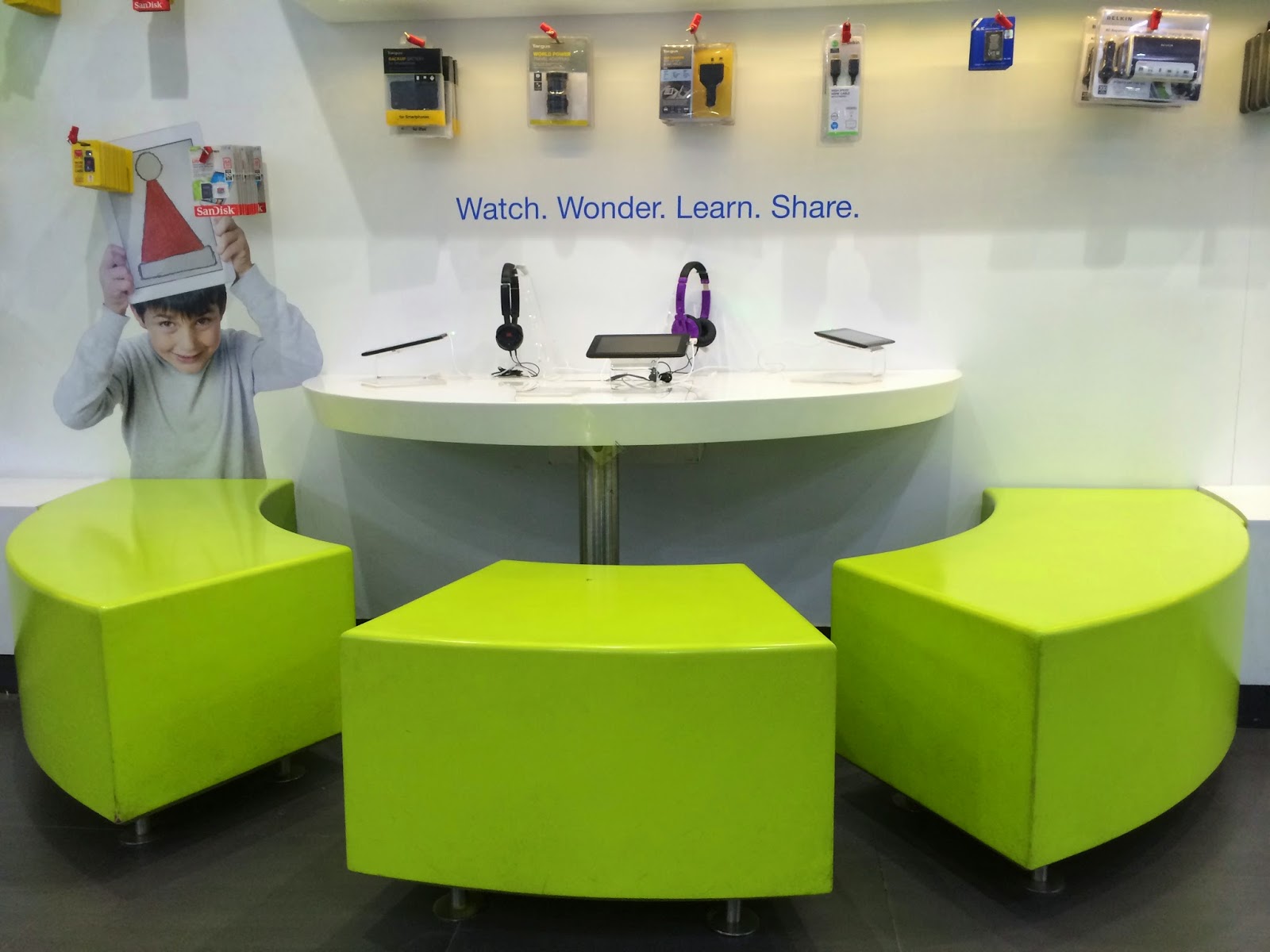 Overall, the store is a notch above the hundreds of retail stores across the city that also "sell" mobile phones. The Univercell Sync stores dont just sell, they rather provide a very unique experience that the next-gen is looking for. Do drop over at the store in the coming days and enjoy a world class experience and share your thoughts.