- January 16, 2015
Indians are fond of their meals, especially their breakfast. Except that they find increasing lesser time - to prepare as well as to consume. A typical bachelor skips his or her breakfast atleast 17 times or more a month according to a survey conducted by the students of a premier B-School in Chennai. And most other times, their obvious choice is Maggi or Bread & Jam prepared in a jiffy at home or hostel or mansion where they live. In the family households, its usually Idly/Dosa in the South Indian households on the weekdays and something a bit more exciting on the weekends when the family spends more time together. Typically, the breakfast options include Omlette with Eggs and/or Parathas/Puris in the North & East of India while it is the ubiquitous Vada Pav & Poha in the West and Central parts of India. The upwardly mobile and the health conscious have moved on to more healthier options such as Corn Flakes and Oats, which is more a fad at the moment than a habit. Doctors prescribe atleast 3-4 short meals a day with a 3-4 hour break in between and recommend that the Breakfast should be the most healthy and sumptuous while Dinner should be the least. 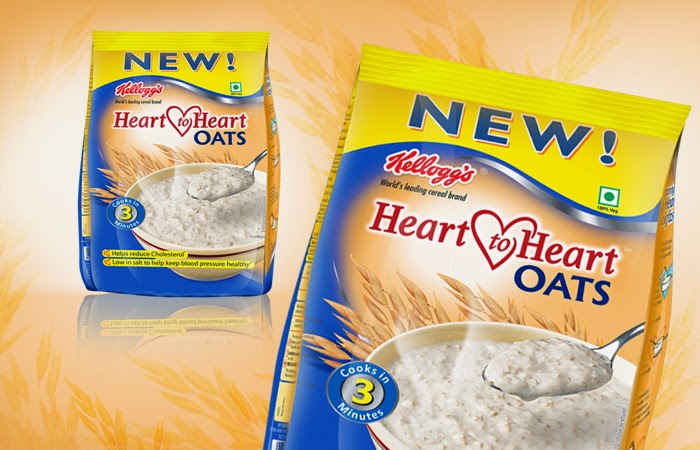 With increasing awareness through TV and Social Media coupled with higher spending power, consumers are naturally looking at better options for their breakfast. India has the highest number of Diabetics in the world and those having this disorder are stricter with their diet regimen than the others. A large segment of Senior citizens who are part of SEC A+ A and B are also quite health conscious with their diet, especially their breakfast. And this is good news to companies who are operating in this segment. Kellogs India has been present in India for 15 years now and has gradually replaced traditional breakfast with their corn flakes over the years. There are many variants of the Corn Flakes now and are an attractive for people of all ages. Another rapidly growing breakfast category is the good old Oats, but in a new avatar. Oats has several benefits: cholesterol, sugar and weight control; easy to digest; filling and energising; fibrous; and easy to prepare, says a Nielsen India report, 'Oats are making waves at the breakfast table'. The annual sale of oats is growing at 38%, higher than the breakfast cereal category's 21.7% growth according to the report. Quaker Oats is the market leader in the organized Retail segment followed by Kellogg's, Saffola (from the house of Marico Industries) and Horlicks (from Glaxo Smithkline).

Kellogg's has done a lot of innovative and interesting Marketing over the years and some of them have been within the confines of the retail stores as well as outside through traditional and social media. At Retail Stores such as Food Bazaar, part of the 12,000 Crore Future Group, Kellogg's conducts sampling exercises of its corn flakes and oats to customers - normally a small portion is given to sample the product and apparently, there is a 30% conversion of users to buy the product, according to Ms. Smita (29), a product associate at one of the retail locations who has been promoting Kellogg's products for over 2 years now. Saffola provides samples of oats along with 2/5 Litre Oil packs to its customers and such exercises are undertaken at premium retail outlets to reach out to the relevant target segments. "Kellogg leads the ready-to-eat cereal category and is a major player in oats. It continues to innovate and invest. Kellogg's Oat-bites is the only ready-to-eat in the market. We expect to see sustained growth in breakfast cereals, driven by consumers' increasing nutrition awareness and spending power," said Sangeeta Pendurkar, MD, Kellogg India in an interview to Hindustan Times. 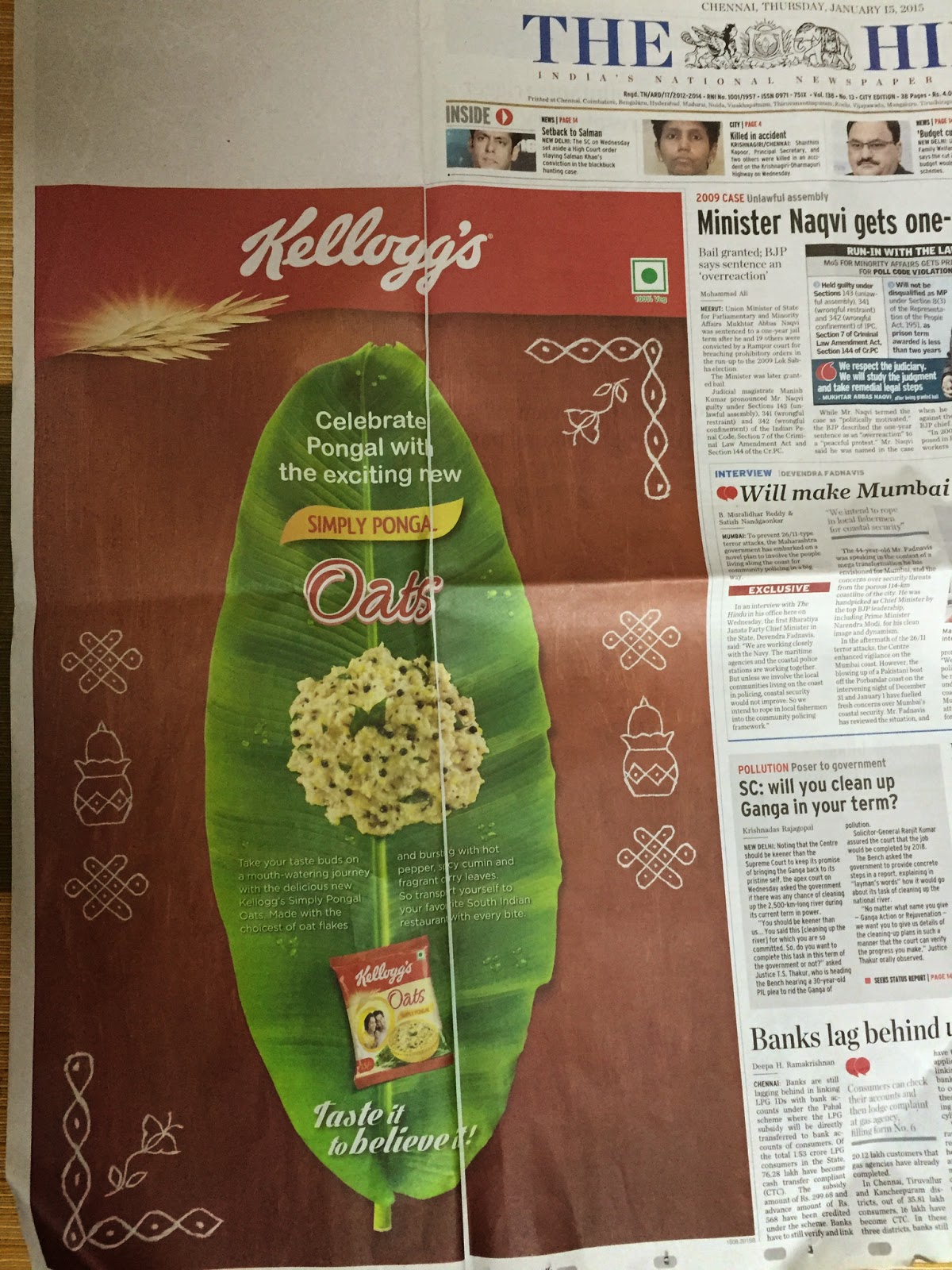 On Pongal day this year (15 Jan. 2015), which is celebrated as Harvest Festival in the South of India, Kellogg's put out an interesting advertisement on the first page of The Hindu - proposing readers to switch over to Oats pongal as an alternative to the traditional Pongal which is made out of Rice & Ghee. The idea had a mixed response among readers. My 73 years old aunt was happy to note that there was such an option from Kellogg's - she has been consuming Oats for a couple of years now and sensed that this could be tastier and crunchier as well. Some people felt that nothing can be replaced by the steaming hot traditional rice pongal which is consumed with a tinge of liquid ghee on it. 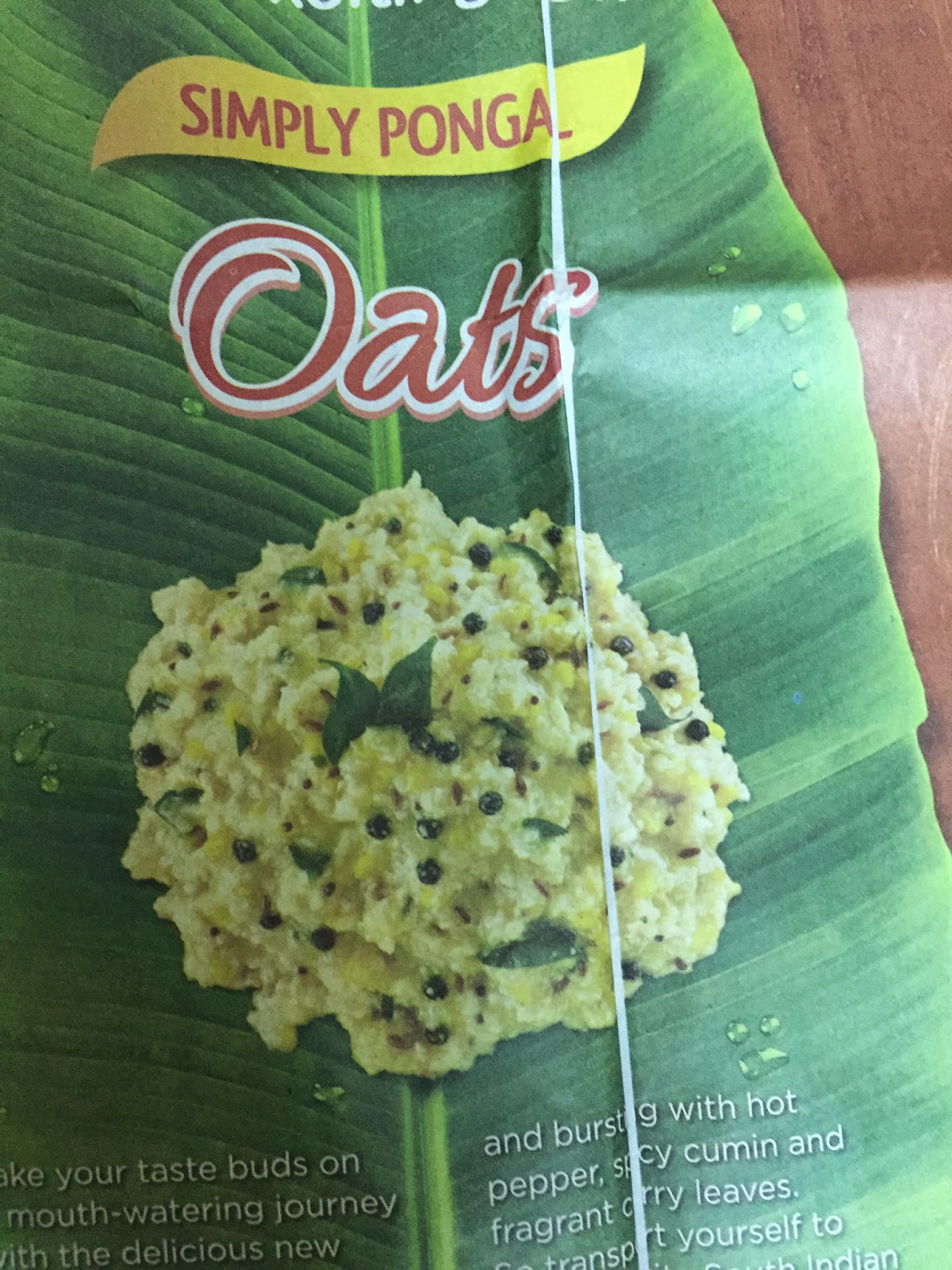 From a "call to action" point of view, I felt that they could have done a bit more than just mere advertising. In today's context, Modern Marketing is all about reaching out to consumers collaboratively. Kellogg's could have perhaps provided free samples along with the newspaper, quipped someone. I spoke to a general marketing practitioner and he said most companies have refrained from such activities because a few retailers take advantage by buying newspapers themselves and hoarding the free samples. Also, logistically, it is a nightmare to attach a sample pack with every newspaper, especially at 3 am in the morning when the newspapers reach the distributors. Instead, Kellogg's could have tied up with a prominent retailer which could have provided free samples. This way, the brand could have collaborated with a Retailer to drive footfalls which benefits the latter as well while attracting massive visibility. The paper-cutting could have been used to redeem the sachets at the retail store. And perhaps the customer would have also bought a thing or two in addition to the free sample. The same Ad through the Kellogg's Facebook Page could have generated much interest to the internet addicts as well - they could show the Ad to the retailer to get a sachet too!

The upcoming years would be interesting times for Retailers and Brands. Its not about selling (products) to consumers anymore. Its all about engaging them for the long term. And we have just begun.
Brand Breakfast Brittania Chennai Food Bazaar Future Group Horlicks Kellogg's Marketing Modern Retail Nilgiris Oats Saffola Traditional Retail