Highway dining is back…

I have travelled extensively (by road) during April 2015 across Karnataka, Kerala and Tamil Nadu. Being a road warrior myself, I love the journey as much as the destination. As age catches up one wants to take frequent breaks – nature’s call, food stop, caffeine, fuel, etc. It’s been difficult to search for good (read hygienic and safe) places, especially when the family is around. It is common to see passengers stop at large fuel stations or one of restaurants on the Highways but then, as I said, one needs to take more breaks to find each of the above mentioned facilities. 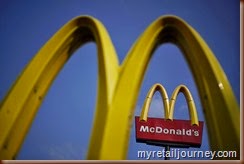 Cafe Coffee Day, India’s largest cafe chain has been on a massive expansion and growth spree over the past decade and now has over 1,450 cafes across India and interestingly has over 50 cafes just on the highways. However large this number looks independently, it is indeed a very small share of the immense opportunity that lays ahead. For example, between Chennai and Bangalore, a distance of over 360 km, there are just 4 cafes, 2 on either side of the road. Chennai – Trichy (280km) has just one cafe! Tourist locations such as Virajpet & Madikeri (Coorg), Udupi, Kozhikode Beach, Tanjore BIG Temple, etc. do not have a single cafe in the vicinity. Well, I am not mentioning here about just the CCD chain but any organized F&B player for that matter. With better road conditions and more excitement for road trips among Indians, there seems to be a much larger opportunity on hand than what many Retailers think.

When I read recently that Reliance is planning to open its 1,500 plus fuel stations across the country, I was elated. I have been a regular user of their services when they were operational until 2010 when they had to shut shop most of their fuel stations due to indiscriminate differences in fuel prices between the Govt. controlled OMCs and the private players. However, things have changed ever since 2012 when Petrol prices were dergularised and in 2014, Diesel prices have also been deregularised which is good news for private players like Essar, Reliance and Shell. A1 Plazas, as they were named, Reliance Fuel Stations were as big as football stadiums that had atleast 12 fuel pumps for vehicles, large food courts, both a/c and non-a/c, large open spaces for Car Parking, Garden areas for walking and ofcourse, spic and span rest rooms. 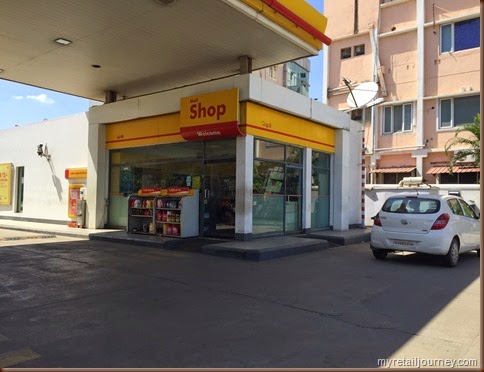 These 1,500 Fuel stations can readily take up 1,500 foodcourts, atleast 500 fast food restaurants such as Mc Donalds and KFC plus 1,000 cafes if not more – that’s a whopping number of new retail outlets to be created. Each foodcourt which could be run by players like A2B (Adyar anandha Bhavan), Haldirams, and so on (essentially local cuisine) can employ about 15 people, the restaurant can employ about 15 and the cafe could employ atleast 10. so, we are talking about creating over 10,000 jobs within the next six months in Organized Retail – that many number of families would get benefited. Being a market leader, Cafe Coffee Day has a massive opportunity to scale-up. Their consistency is not up to the mark of late, one of the perils of massive expansion, but then, no other F&B player has it anyway.

Just 50km outside Chennai, there are several restaurants, fast food outlets and cafes which people are already flocking to. Same is the scene outside Delhi/NCR, Mumbai, Pune and so many other cities. There is one such place called “The Farm” on OMR (Chennai) which raises poultry animals, Horses, Cows and Buffaloes among others.

In a few years from now, I wouldn’t be surprised if many families would be driving for an hour outside their city for a Brunch coupled with leisure activities. Hope F&B players gear up and smell this opportunity, sooner than later.