The Seven Tenets of a Start-Up Entrepreneur

- August 10, 2015
I wrote a column 10 days ago about my completion of one year of Entrepreneurship. It received unprecedented reach from my professional world. Over 2,500 people had viewed it, over 750 “Likes” and more than 75 people took time to comment on the article. A few requested me to keep writing and share more about Entrepreneurship and I am hence writing this as a follow-up article.

I would like to highlight the seven tenets of Entrepreneurship, as I have seen it in the past few years myself as well as from the experiences of those around me. Of course, there could be more but then these would summarise and may include other points as well within them.

All ideas are not monetisable

Most often, as to-be Entrepreneurs or existing Entrepreneurs, we try to build a case on an issue which we think could solve a problem. In some cases, it would solve even an unknown problem that the customer never knew (Read: Apple/Steve Jobs/iDevices). But before you build a Minimum Viable Product (MVP) or a Prototype, do check if the product you are building would be profitable (at some stage), scaleable (across geographeis, for example) and saleable (potential buyer for the business and not just customers). If these three points have a green tick, then you are good to

Funding an Idea vs. a Person

Most often, one would hear that the Investor is not funding just the idea but the person as well. This is quite true. Most investors look at how the Founder/Promoter approaches the idea or concept and in general, their view of life. Only a few founders who go to build massive companies focus on the larger essence of life which excludes monetary and material pleasures. It doesn’t mean that the Founder takes a Public Transport to work or operates in a dingy pigeon-hole work environment. It means how frugal they are in their thought process about spending every penny that has been invested into the venture by Investors.

Looking for an Angel Friend

Most Entrepreneurs, mostly first gen like me, do not come with the backing of a family office or hereditary wealth. They save up a bit and start off at some point in their life mostly depending on someone else to fund their ideas. While friends and family would encourage them to move ahead, you would also see them exercising caution, not to be myopic in their view of business and life. Those who talk big stuff, usually end up doing nothing for the Founders. Some avoid emails and calls, let alone introductions to potential Investors. But that’s just fine. Don’t mix up Funding and Friendship. 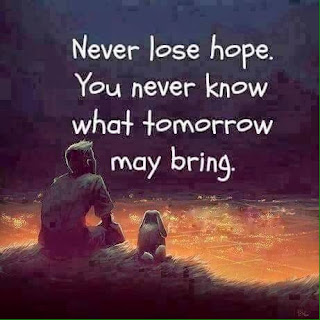 There is no age for starting up. If you think you are willing to give up your lifestyle (that doesn’t mean a compromise though) and work a bit harder than you are working for someone else ((I mean like, really hard), then give it a shot. Fix a timeline by when you will return back (unfortunately or otherwise) to a day job if things don’t go your way. There is no fixed time for this. It could be a year to five at the max. In five years if you haven’t got it right, with just one idea or probably a handful, then I guess it is time to move on.

Save quite a bit before you start-up. Things could go horribly wrong with your idea, product or service. You may need money to demonstrate, scale-up and prove that what you have founded works. In the meanwhile, you could have other compulsions – family, health issues, insurance, vehicle repairs, etc. It is wise to keep aside your minimum monthly requirements for atleast 36 months before you start your venture to be on the safer side. That is if you are willing to sail that path for so long.

If one idea doesn’t work over a period of time (as an Entrepreneur, you would know what’s best), then have Plan B, C, D and so on. Never get stuck with just one idea that you believe could change the world dramatically. Have alternate ideas and plans. Remember, it is you who has to click as an Entrepreneur and not just the idea. It’s a two-pronged approach and you need to keep this in mind. Always.

You will hear advises from all over the world around you. Believe me, talk is cheap and free. At the maximum, data charges for emails and messages and perhaps call charges. The Advisor loses nothing to preach. However, they could be people like you who have started up and failed and their wisdom is speaking. They could also be those who started up and succeeded but probably know the difficulties. If you keep the above six points in mind, then go ahead with what you believe in. Never Give Up. But do remember, all ideas do not work for various reasons. So have the grace to accept and move on.

Hope the above points have helped you as a budding Entrepreneur or if you are already one. Cheers.
Entrepreneur Entrepreneurship failure family investments money StartUp Success