- April 11, 2017
One of the most used and abused words for the past 3-4 years in E-Commerce in India and all over the world is “Hyperlocal”. What exactly is Hyperlocal retailing? How does it help customers? What value addition does it provide to Retailers? Is it a viable business option? Let’s explore.

The Indian Retail Industry is estimated at $500 billion with over 1.30 billion people in the country. Out of this less than 12-15% is Organized while the rest remains with traditional businesses such as Kirana Stores, Mom & Pop stores, road side vendors, etc. While Retail has seen a CAGR of over 15% over the past decade, it is E-commerce that has grown leaps and bounds in the recent decade, thanks to Wall Street Funded companies who morphed themselves from being mere technology companies to retail behemoths that they are today. Within the E-Commerce Retail Startups as well as a few established ones, Hyperlocal Players are the buzz of the day, what with a new one commencing operations every day for another that shuts down almost every day.

So what is Hyperlocal?

The term has been coined to connect offline retailers in a locality to customers in the same locality, but through digital means. This is nothing new, honestly. Through the late 90s (in India) when we witnessed the highest landline telephone penetration, it was common for customers to call a nearby Retail store and request them to deliver products for immediate use. During the early & mid-2000s, it was the mobile phone boom where household maids, servicemen like Plumbers, Electricians, Carpenters and many more were available over a call. The world seem to be lot more connected and we all loved it. 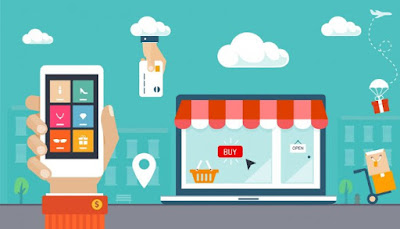 It was early 2014 and we saw a slew of technology companies building websites and mobile apps that connected customers to shops and service providers over a click of the button. Honestly, this was nothing new compared to what “Just Dial” and “Yellow Pages” were already doing. Even neighborhood newspapers were in a way Hyperlocal, connecting local services and people to customers in a particular locality especially for finding rental accomodations.

It is quite amazing to see that Hyperlocal has suddenly become a billion dollar opportunity with a lot of Investors throwing money at such start-ups. Most of the large Hyperlocal companies that took heavy funding have left the space, notable among them being “Ask Me” which had not only shut down a few months back but also headed in to legal troubles with outstanding payments.

Hyperlocal is a very simple business idea that has been complicated a lot with too much of technology being pushed on to the customers. A mere signage at the
Retail stores (the ones Zomato put up initially) bring a lot of visibility and access to customers. The startups pick from the nearest store and deliver to customers in the shortest possible time thereby increasing merchandise offtake for Retailers. Sometime, it is the simplest task that is complicated the most. Hyperlocal Retail is one such example.

How does Hyperlocal Apps work?

Hyperlocal Apps connect nearby stores and service providers on their app and act as an aggregator. When a customer looks for a product or service, the offering in the neighborhood shows up usually with a cost / time attached to it. For example, if a user is looking for a carpenter, the app shows how much time it would take for the Carpenter to arrive and also the cost per hour / relevant charges. Similarly, when a customer is looking to order tomatoes or rice bags, vegetables or household articles, the app would show up the product, their prices and estimated time of delivery and convenience charges, etc. It is a presumption while building a Business Plan for a Hyperlocal App that such customers will continue to order from the app regularly while also adding new customers everyday. And over time, the App keeps adding more and more retail partners and service providers while also expanding the geographies served. 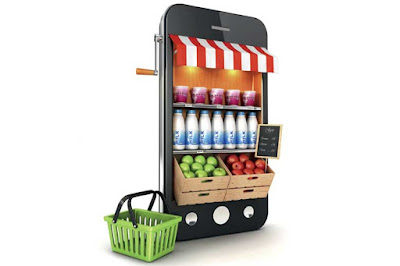 Trust me, it is viable. I have done the maths and it is actually possible to make money with a Hyperlocal App. They key here is not the idea or the strategy but the execution. With my own Hyperlocal app Oyethere, I have experimented various means through which we reach out to existing and prospective customers. While both are tough (meaning retaining & adding customers), it is quite possible to get the business going through innovative ways of sales outreach. For this, we need the unstinted support of the Retail Store, which is the key in making a Hyperlocal App successful. Most times, we have seen Hyperlocal App companies splurge on mainstream media and attract a lot of PR while the business remains in the lurch due to execution issues. At a unit level, the app makes a margin from the Retailer, so while the volumes increase, there is a business break-even. The only challenge here is how much to “invest” in acquiring and retaining the customer and controlling overall marketing spends.

Are Offline Retailers ready for Hyperlocal?

At the face of it, Retailers do not support Hyperlocal Apps because they believe the proposed digital marketplace is lethal and could do a lot of harm to their businesses. But it is not. When a customer looks up a product on the app, they would merely choose the one that suits their need – Brand / Retailer-connect, Time of Delivery, cost of the products and convenience. If the Retailer doesn’t stand up to all these measures and based on a permutation by the customer, the choice of Retailer varies and there are chances that a few non-performing ones may get pushed back. Indeed, it is quite interesting that a few Retailers are experimenting Hyperlocal. Food Bazaar and Hypercity work closely with Amazon Now; Heritage Fresh and Spencers have their own Apps which is being tested in a few markets. However, aggregating Kirans remains the biggest opportunity here while the greater challenge is that they do not make enough margins to be shared with the App aggregator. The same applies for Service Providers on apps like Urban Clap.