- July 08, 2018
Food E-Commerce – Disruption or Disaster?
There has always been a dichotomy – does Technology make us better (more productive) or lazier? The jury is still out.

Ever since Uber Eats launched in Chennai a year back, I have been a big fan of this ordering service. While food delivery has been around for many years now, it was with the advent of funded Start-ups in Bangalore half a decade back that this mode of reaching customers became more mainstream. Restaurants of all sizes started tapping on these small companies run by 20 somethings usually which would pick up food and deliver to the doorsteps of customers. During my decade long stay in Bangalore, almost every second weekend, we would visit a restaurant and atleast once a month would be a house-party at a friend or friends’ friend place. Invariably, the food wouldn’t reach on time and it would be served in basic plastic containers (and sometimes in aluminium foils) – mostly cold. The Microwave (another retail revolution) at every Bangalorean’s home (almost) was just a saving grace. Cut to 2014, start-ups were delivering food packets all day and night and through the midnight in some cases, what with same households making multiple orders in a span of 3 hours, perhaps for starters, main course and even deserts and ice-cream. Business was good, everyone thought. 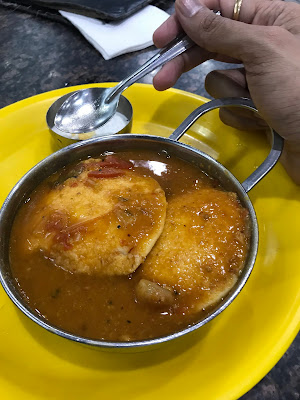 Until restaurants started feeling the pinch. Companies like Swiggy and Foodpanda who were charging low single digit commission from eateries slowly increased their rates which was hurting the restaurants. Over time, the eateries had no option but to increase their Menu prices, exclusively for online purchases. Customers, as always are smarter than we think. So, they started making their choices wisely. Which saw a slump in orders for the Startups as well as Restaurants. Valuations dipped, so did re-Investments. This was a vicious cycle. Many restaurants (a lot of them start-ups too) went out of business because of this rigged phenomenon. However, thanks to a slowing economy and poor offtake of the over all economy, amongst other things impacing our day today lives such as Demonitisation, GST, hike in Cinema Ticket Prices, Mall Parking Charges and so on, consumer visits to retail centres reduced and there was an indirect positive impact in food e-commerce. Things are back now to some extent, with many restaurants reporting as much as over 25% of their business coming through the digital platforms, of course with higher prices (to consumers).

Cut to 2017, Uber launched Uber Eats, a digital ordering platform akin to their cab hailing service. Just like how Uber Cabs were charging below their cost of operations, Food delivery was unbelievably cheaper. To increase “stickiness” – a word abused by E-Commerce companies for a decade, Uber started with Zero delivery charges for the first few weeks, so consumers experienced their world class (sic) delivery service. No doubt, App downloads swelled and today perhaps has more active users than other platforms, thanks to their EDLP akin to Wal-Mart & Sears: Everyday Low Prices on Food items. Quite literally. In fact, for ardent users of Uber Eats, the App is actually a discovery App. Every time they open the App, there is a new addition of a restaurant and wonderful prices, mostly predatory. And of course, some of the previous names (of restaurants) would be missing for obvious reasons. 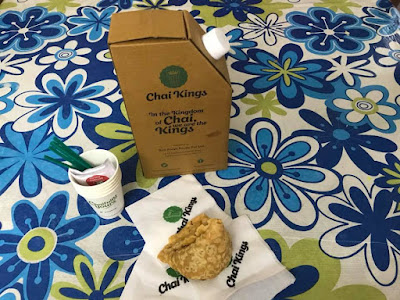 When I experienced one such surprise last month, a flask of Tea and 3 Samosas were offered at half the price by Uber Eats with a Rs. 10 delivery fee. Today when I ordered, it was offered at 33% discount. I still ordered because it was absolute VFM. I guess in a few days, they would straighten up the prices but the Delivery Fee would remain low, thereby retaining the customers. I only wonder how long this party would last. Needless, there is abundance PE Money lying out there. But is this whole food e-commerce really helping the ecosystem? Are restaurants only to focus on their delivery business and if yes, why run restaurants at all? Perhaps, dark kitchens would do. And for Start-Ups, well Uber is not one, how long would Entrepreneurs keep the engine going with deep discounts? A number of eateries who aren’t offering the food online are already impacted. What happens next? Very soon, I plan to order on Uber Eats sitting in the lobby of a Mall, so I get the food at a lower price! Would be interesting to see how this works.