- July 04, 2018
After a long time, I went shopping. Once again, of course during EOSS popularly known as End of Season Sale which usually occurs twice a year after each season is over (SS – Spring Summer & AW - Autumn Winter). I recall, during my days at Benetton in 2004, there were not more than 3-4 weeks of EOSS, which would begin right after Valentine’s Day (late-Feb) & just before Ganesh Chathurthi (July). There would be a frenzy among Customers to get the best merchandise at lower prices during this time and the EOSS was a great crowd puller. A number of first time customers would turn up at the stores, those who’ve otherwise not been the Brand’s patrons earlier. They would engage with the Brand, the Staff, take Trials and purchase. If they liked what they wore, they would come back and buy again, even at full prices. Therefore, EOSS was a great tool to induce first time buyers (of a Brand).

Things started changing slowly, especially between 2006-2012 during the Retail explosion pan-India with over 300 Malls opening simultaneously across the country. What was supposed to work “for” the Retailers and Brands worked “against” them. Let me give a perspective;

Let’s say, Brand A had 3 -5 stores per Metro (around 2006) and a small presence in 1-2 Department stores. Circa 2012, the same Brand had a dozen or more stores plus larger counters at various Department stores in the city. Add to this, so many International, Domestic & Regional Brands started exploding the retail scenario in the country with total shopping space quadrupling every two years. 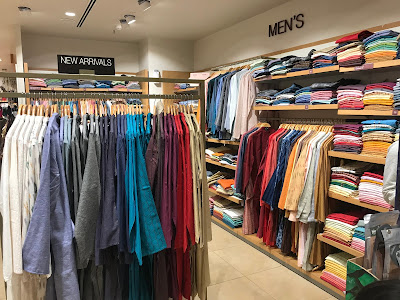 All of a sudden, customers had too much choice, and at better price points. If a (Male) Customer had 4 brands to choose for Formalwear earlier, there were atleast 20+ brands in the same space now. Similarly, for casualwear & sportswear while new categories like fitness & lounge wear were created.

Meanwhile, the Bansals were building E-Commerce websites which offered clothes and accessories at half the price (like books!) and they called it disruption. It was indeed, that Customers could shop from their desks or sofas – just that a few Brand Managers got it all wrong. While pushing unsold merchandise to e-commerce (at discounts), thanks to a general slowdown in Retail Sales, even fresh Merchandise were being sold at lower prices than at stores. Mall Owners were gasping, feeling high and dry with footfalls barely hitting the precincts during the weekdays and largely window shopping over the weekends. Everyone was talking E-Commerce. So many Brands built their own websites while most of them who wanted an online presence aligned with E-commerce Marketplaces like Myntra & Jabong, as well as horizontal players like Flipkart & Amazon.

As an ecosystem, we (Retailers) pampered Customers to shop online, return if they didn’t like what they bought, get a 100% refund if they deemed fit and encouraged them with a variety of discounts. This became a daily habit and more Brand Managers were getting intrigued with this incredible opportunity. All along, many Retailers missed meeting Customer Expectations at the Retail Outlets. Customer Engagement was negligible, Customer Service levels were dropping and the Staff were getting impatient not being able to earn more, thanks to a fall in their Incentives which was directly linked to lower Sales, thanks to fewer footfalls. The cookie crumbled. Many Brands shrunk their operations, some exited less important markets and a few downed their shutters. 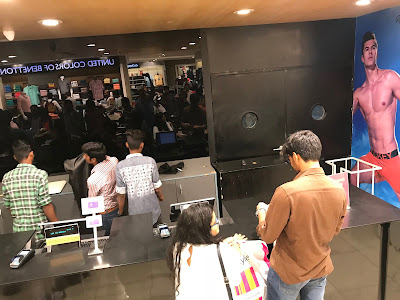 It’s been reasonably slow the last 4 seasons for most Retailers. However, I saw something incredible last weekend at one of India’s largest Department Stores. Customers were patiently waiting in a long queue to bill their products which took an average 20 mins during peak hours. Add to this, they have already spent quite some time trying out their outfits at the mobile trial rooms set-up. I was convinced, Customers haven’t shunned Offline Retail. They will come back to the stores when they see “value” for what they buy coupled with fantastic / personalised service. Ofcourse they are here for discounts right now, but then, the same discount is available on their Mobile Apps. So why did they come? Think.
brands customer customer delight Customer Service Customers Department Stores discounts ecommerce EOSS Malls Retail Retailers