What customers rue most about is when a predictable customer service goes awry. Especially, if one has been pampered all the while for quite some time by the same team probably and that one negative experience makes a customer flare up very badly. Case in point is my own experience. I have been privileged to own and use a Mahindra XUV500, a premium SUV from the house of Mahindra & Mahindra, one of the leading automotive companies in India. M&M in short is more popular for their heavy vehicles and trucks but came up with India’s first SUV more than a decade back with the launch of “Scorpio”. Initially built as a five-seater, the marquee vehicle has indeed grown to become one of the most sought after SUVs in the country for its ruggedness and inimitable style albeit a bit old-fashioned. In fact, India’s incoming Prime Minister Narendra Modi has been using one for so many years and his Victory Sortee a week back at Delhi whilst standing dangerously on its foot board was a very popular photo doing the rounds all over. M&M launched its refined SUV to target the upwardly mobile with its premium SUV by the name XUV500 (read as XUV five double O), or Xtreme Utilty Vehicle with 5x Oomph. The vehicle is a master piece although it had teething issues soon after its launch but were rectified sooner than anticipated. Over time, consumers started appreciating the vehicle and it has gained acceptance among urban and rural users. It has won so many awards for its superb styling and road-handling abilities. I have been using it for about 2 years now and have driven about 30,000kms. In fact, I drove about 2,000 km over a week earlier in May 2014 all across Tamil Nadu, Kerala and Karnataka. The drive was superb, comfortable and exciting. Interestingly, XUV doesn’t have a Brand Ambassador as such and relies heavily on social media such as Twitter and Facebook and also has a mobile application for Android and iOS. In fact Mr. Anand Mahindra acknowledged and retweeted the selfie picture I had posted on my account. 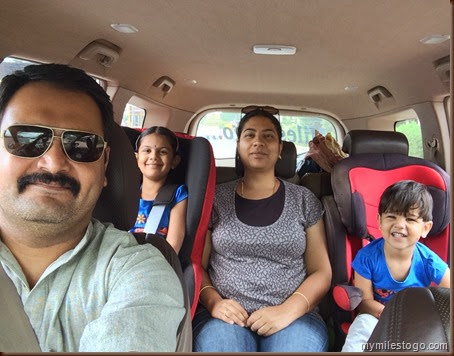 M&M has done something which no other Auto Company has done till now – they have created a separate service centre for XUVs and premium models of Scorpio, so as to ensure that they are able to segregate customers and provide a superior experience for some. While the idea itself has been debated heavily within the Automobile Industry – whether it is a good idea to treat customers differently, the staff at M&M say that the profile of XUV customers is a few notches above those using other models and hence deserve a better experience. I have had a great experience all along with them and I have indeed enjoyed visiting the service centres, not for minor issues or major but as and when I have had a significant one which is few in number. M&M also provides a complimentary pick-up and drop of vehicles for its premium customers. During my recent interaction when my vehicle had gone for its 3rd paid-service, I had a very bitter experience with the service guys. They had over charged me, had not informed me the contents of the bill clearly and replaced parts which were in good condition. When I asked for clarifications, the staff was flummoxed and regretted their mistake. 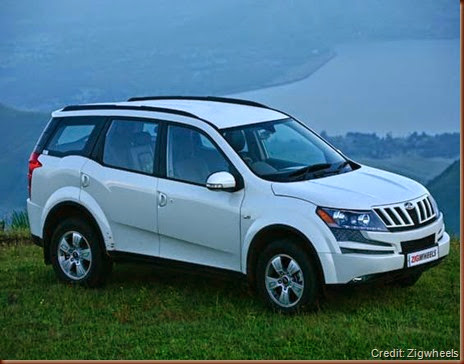 What upsets customers is when they feel cheated, especially by a team which has been managing their vehicles and the relationship quite well all along. It takes one small mistake and a goofy moment by one staff member who has been preoccupied with something or the other to lose all the brownie points that have been scored over time. Marketers must focus on consistency of service, be it at the Retail Store or After Sales Service. One negative experience is all people will remember for a long time to come despite best efforts put in by the team for the sake of customers. Its not just the staff of the Brand who get embarrassed but also the customer since they had never expected to be let down by their favorite brand. 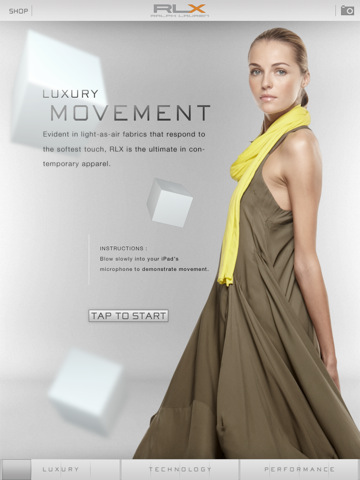 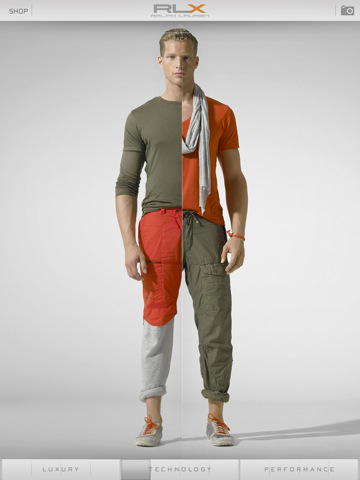 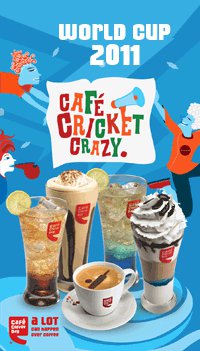 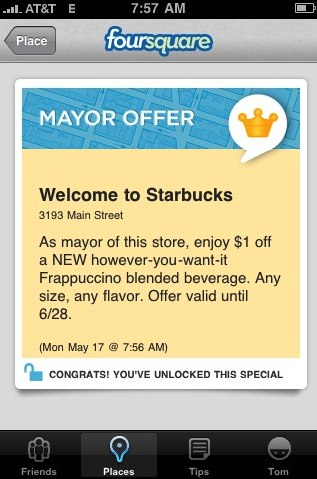 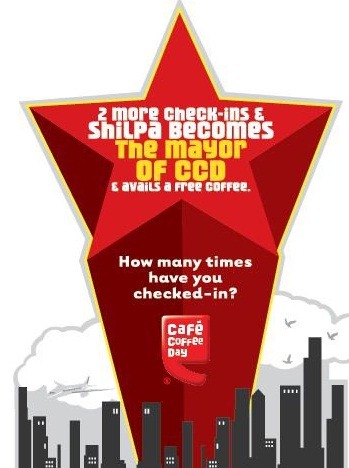 Cafe Coffee Day is the first Indian brand to go live on Foursquare. On your third check-in at CCD (applicable only for Bangalore for now), you will get a 15% discount. And if you are the Mayor, CCD will serve you a free coffee and a 20% discount on every 3rd check-in. Aside, Cafe Coffee Day is the first Indian brand on Foursquare to have their own Brand Page. With 7 out of 10 phones being sold in metros already being smartphones and getting less expensive (I wouldn’t say cheaper!) by the day, between Rs. 7,000 – Rs. 9,000 for a decent entry level one all the way upto super smartphones and tablets averaging Rs. 30,000, these apps will only become more popular and user friendly. Its up to the Retailers and Brands, how much they would like to involve themselves in this new media. After all, it doesn’t come easy and cheap – either it needs a dedicated in-house team or an outsourced one, either way requiring an in-depth knowledge about the medium. Time will tell, how well this media is used. Until then, stay connected with your favorite brands and ofcourse, your's truly.
http://foursquare.com/shri611
http://twitter.com/shri611
http://www.facebook.com/TheShriram

Travelled to Bangalore earlier this week. Having travelled innumerable times on Shatabdi earlier, the journey was more or less similar. The ...