Looking at the eagerness of a family to see how a Compact Disc works was amazing – this was in the year 2001 at the Musicworld store at Park Street in Kolkata. The middle-class Bengali family was a regular at the then largest MW Store in India, spread all of 8,000 sft and among the first Retail Stores in India to be designed in bright yellow and blue by Fitch PLC. After all, RPG Management had wanted none other than among the best in the world to design their first and the largest music store in the city. Over to the family – they were wondering how a small CD with a diameter of 10 cm could play music with such clarity while the erstwhile vinyl records that used to be played on the gramophones were thicker, heavier and the voice clarity not as clear as this one. I remember chatting with my colleagues about this insight – that it is as much the responsibility of Retailers to create newer categories to grow the pie and what I was referring in this case was that the market needed more CD players, affordable and better quality, so more consumers could buy them and in times to come, would buy or should I say invest on CDs. Who would know that 10 years later not only my words would come true (in terms of cheaper options of CD players) but we would also have alternate forms of listening to music – internet, mobile phones, mp3 players, iPods and most recently I read Apple is planning to launch Watches! 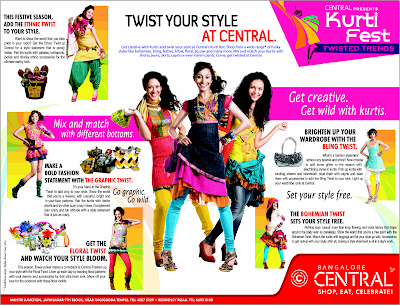 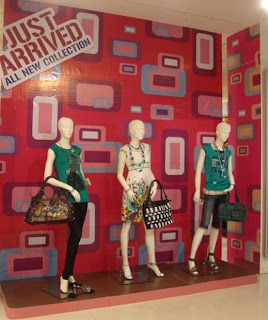 This is expected to attract more footfalls into their Malls and while the incremental conversions are high single-digit, the time spent by the clientele and their word-of mouth is as important. Many a time, these festivals indeed pull in additional footfalls and benefit other retailers within the Mall such as Cafe Coffee Day, McDonalds, Food Courts, etc. While many retailers keep experimenting with such ideas, very few succeed in pulling them off well and needless to say, Central Malls is one of them indeed. So, visit the near Central close to your and enjoy the surprises!
at September 19, 2010 No comments:

There used to be a time during the late 80s and even early 90s when this part of Bangalore was the most preferred area to settle down for the older generation, mainly due to the lush greenery and minimal traffic. After all, why would any one pass through Koramangla – an erstwhile nondescript part of south Bangalore that connects the city towards Hosur, Chennai. Etc. However, all this changed, thanks to the IT revolution and what followed was concrete invasion. Large tracts of empty lands gave way to huge constructions – corporate offices, residential block and of course, Retail stores. In India, one thing is peculiar, if not common. It’s always the unorganized retailers who enter a locality sensing consumption opportunities. The Kirana stores that sell everything from tooth paste to grocery, the Hardware stores that sell all that one would need in their homes, from door handles to curtain rods and the ubiquitous furniture stores – large shell shops that stock cots and mattresses, dining tables and other loose furniture. After a few months, if not a few years of the area settling down with people, the Organized Retailers start swamping the localities. What’s natural is that when a locality is on the verge of getting popular (from a consumption perspective), most of the big players enter together, if not in shorter bursts, thus unsettling the small kiranas.
And the same happened to Koramangla as well. After a lull for many years, organized players started penetrating this area – RPG Foodworld (now Spencer’s), Monday to Sunday (from Jubilant Retail), Viveks – the Electronics store, MegaMart (from the house of Arvind) and most notably, Big Bazaar (BB), a Future Group concept. Interestingly, this was one of the earliest outlets for the now ubiquitous value-retailer in India, a mere 35,000 sft store that was supposed to be a Pantaloon Fashion Store! There was a last minute change in the concept and thus was born BB. The store is located in a building that also houses many corporate offices and hence parking for 2/4 wheelers weren’t too many. Anyway, value-retail stores were expected to bring their shoppers by Bus and thankfully, there was a Bus-stand just outside the store. Rest as they say, is history. This BB store attracts as many people driving their own fancy 4 wheelers as much as those coming by buses and autos and is supposedly the highest in terms of returns per sft, a key metric for Retailers. 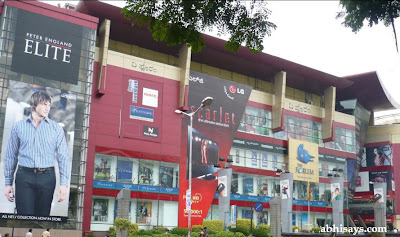 The year 2004 saw the opening up of Forum Mall, the most notable Retail landmark in Bangalore till date and rightly so, located adjacent to Prestige Acropolis, a residential dwelling that houses the crème de la crème of Bangalore. The Mall has such a unprecedented opening that the U-turn on this road had to be removed, thankfully! The first outlet for McDonalds in South India opened here and without exaggeration, there were queues waiting outside the store just to get in and have a grub. I was among the last to enjoy the frenzy, when I first entered the store almost three months after they opened. The Mall had many other firsts as well, the largest stores for Fashion Brands such as Benetton and Tommy Hillfiger, the first Apple store through its distributor aptly named “Imagine”, the largest (then) foodcourt in town with over a dozen different cuisines, and the first and among the largest cinemas in Bangalore operated by PVR. The retail chain from the house of Tatas, Westside was the anchor and Landmark Books & Leisure (which was also bought out by Tatas) was another anchor. There wasn’t a multi-brand Department store and thus all the Mono Brands present in the mall perform very well. There wasn’t anything that wasn’t amiss and the Mall ably run by a professional team from the Prestige Group went to win accolades for their achievements, in design, tenant mix, zoning and most importantly managing the multi-level car parking, among the largest & the first in the city. 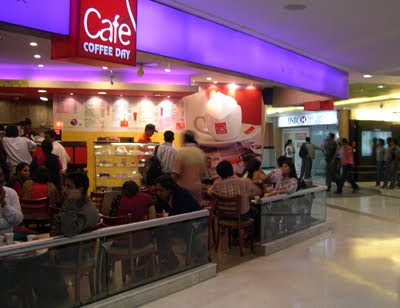 The area started getting a lot of attention from construction companies as this was the closest locality for those who were working in Bangalore’s own Silicon Valley area – The Electronics City. Real estate prices of land holding soared so high that the area was and still among the most premium residential areas in the city. Almost every Retailer has a presence in this area and the only brand to have multiple locations due to its business model is Cafe Coffee Day – yes, there are five cafes within a three km radius and there are two more in the offing. Recent retail concepts such as E-Zone (also from the Future Group) and Star Bazaar (a hyper-store from Tatas) have found their own spaces and are serving their customers quite well. The one Retail concept that was conspicuously missing was Shoppers Stop (SS), India’s largest multi-brand Department Store chain. And that too was fulfilled recently. While operating three other locations in the city and one at the Bangalore International Airport, the retailer took over the same location earlier occupied by fellow retailer and similar business house “Globus”. There were many reasons why Globus wasn’t doing well; many experts felt it was the location that was the main one at fault apart from the depressing merchandising at the store level. In Retail, there are three main factors to consider before opening a store – Location, Location and Location. And that’s exactly what SS has tried to revisit. They have chosen one of the most complicated locations ever possible for a Retailer but I am sure the decision was conscious and would prove to work to their advantage. After all, who knows this business as well as they do. The store is located in one of the busiest stretches in Bangalore, just ahead of an important traffic signal where the waiting time could range from 10-30 minutes during peak hours to crawl through a 300 meter stretch. Entering and Exiting the store is not just difficult but would need sharp driving skills. The store, which is spread across 40,000 sft is self-sufficient to that catchment since most of the brands have their own stores independently or within the mall close by. The well-maintained and well-merchandised store has almost everything that a harried customer needs, but for a cafe which I guess should soon be there too. 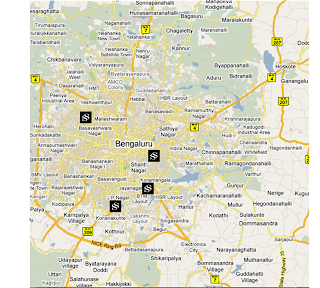 But why one more Retail concept for a locality that already has a substantial penetration of retail formats? Well, one reason is that there is no Shoppers Stop! The unique shopping experience that the Retailer provides is not just consistent across the country but also amongst the most superior in its own form. Secondly, when an area has as many shopping formats, it becomes a natural destination for shoppers. It’s not just the Retailers who benefit due to the presence of a large number of consumers but also the shoppers – they benefit from the wider offering that they are offered and not to mention the innumerous promotions and special offers through the year. So, lets hope this outlet of Shoppers Stop is indeed going to become a show-stopper!
at September 06, 2010 1 comment: