We were 42 of us who arrived at Spencers Plaza at Chennai, one of the only few malls in India in 2001. Most of them had come outside of Chennai. We all had one common reason to come together, through all the diverse backgrounds that we had. We were the Retail Management Trainees to join RPG Group for a 3-week induction at the HQ located on the fourth floor of the same building. Imagine a career, where you have to work amongst shops selling grocery, beauty products, food and beverage and all within a full air-conditioned environment. Only that this luxury would be short lived until we moved back to our “regions” – our destinations to write our own destinies, all by ourselves. The day was 4th June 2001. One of the most memorable days in my professional career.

I had unofficially joined the retail industry way back in 1997 when I would scoop ice-cream part time at a Baskin Robbins parlour, the first one in Chennai and second in India. Though I was pursuing software languages in the morning at NIIT and a graduation in Commerce in the evening at Ramkrishna Mission’s Vivekananda College in Chennai, retail and consumer business became my first love, instant love, right from the first scoop I sold. For an eternal introvert until then, I never knew I could sell something to someone for a consideration, an expensive one at that, let alone the ability to speak with my chin up. 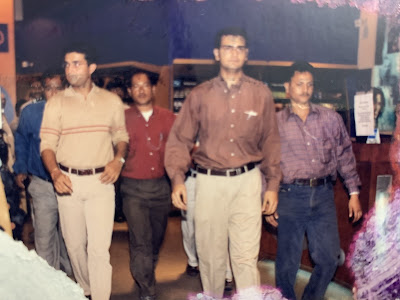 To my utter shock, I was posted to Musicworld Kolkata for my 1st year assignment. For the record, I hadn’t ever crossed Chennai city limits in my entire life, save for an annual vacation once in 3-4 years to Mumbai where my maternal grandparents lived or to my father’s hometown at Kumbakonam, where the entire extended family would congregate once in a while for a religious festival or a wedding. I dreaded travelling 1.5 days by train from Chennai to Calcutta. That it was 2nd class A/c was a silver lining. After all, I was going to be travelling in a/c for the first time, that far. The only other time was one of the first rides from Delhi to Lucknow when Rajdhani was launched in the late 80s. I wondered what would I do alone, in the train, all day. And then, all alone in an unknown city, unknown people, unknown language and an unknown destiny. I am glad I took that train, much to my own chagrin, lest I won’t be writing this Anniversary article today with a sense of fulfilment and happiness. 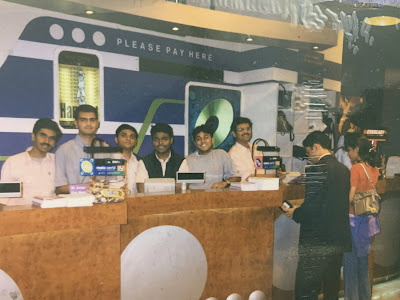 The memories I have etched of the city of joy, is perhaps one of the greenest that I would carry to my ashes. I made some amazing friends in Calcutta, spoke Bengali in a few months, and most importantly learnt the fundamentals of retailing at Park Street. Mr. Sanjiv Goenka was based in town, so we were always alert for he may turn up anytime. Seeing consumers spend hours together to pick up a cassette worth Rs. 27 was truly amazing. With 80% of volume business coming from cassettes, 15% from CDs and 5% from VCDs and Games, the 8,000 sft store would do a monthly turnover of Rs. 65 lakhs. Yes. In 2001. And the business grew 30% more during Pujo period and during Christmas! Amazing days. 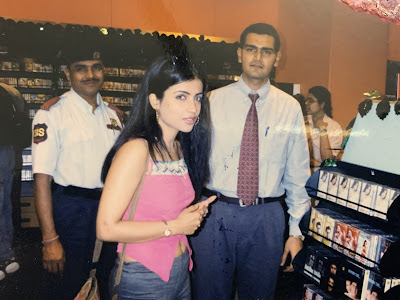 After a year, I moved back to Chennai on “job rotation” model of RPG Group’s HR Policy to join Foodworld, where I was in charge of the first store of the group. It was here, between 2002-04 that I decided that I wish to spend the rest of my life in Retailing, selling something or the other to end users. Extended Family members around me laughed, wondering why would someone study MBA to work in a grocery shop after all. Neighbourhood was worried if I was qualified enough for an arranged marriage. 14 years later, I received my first professional award – “Top 50 Retail Professionals in India” decorated by Asia Retail Congress. And then, three more awards in Retail and F&B in the past 6 years. In between, speaking at 100s of forums on Consumer Business & Retail in India, Singapore, Malaysia and China! 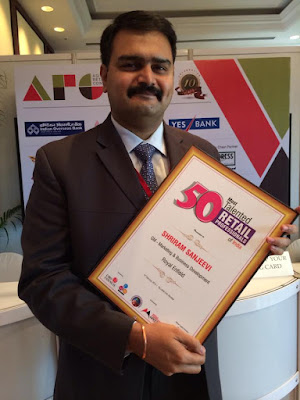 Before and after my first “public recognition”, my work in retail spoke more than what I could imagine to write. Designing and establishing India’s first ever Travel Retail environment across any private airport in India in 2006 at Bangalore; setting up 140 cafes across India for Café Coffee Day; driving and doubling the dealer network of Royal Enfield from 140 to 300 in just 2 years; and growing the topline of Levista Instant Coffee by 79% during the pandemic year 2020-21; I still try my best to stay grounded and humble without taking up any of the honours on my head. 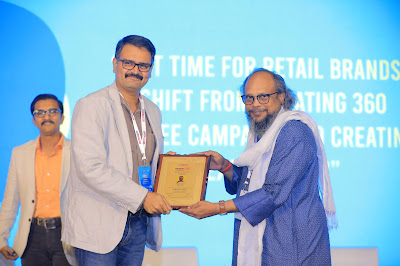 Every time I begin my lecture at a B-School as Visiting Faculty teaching Retail Elective to 2nd year students spanning 20-30 hours for the last 16 years, I still feel it is my very first day in Retailing, my tone and throat trembling for the first few minutes in to the class. Completing 20 years in a single Industry feels like an achievement.

But for me, as I always say – I have just begun and I have Miles to Go before I sleep. Miles2Go. And needless to say, I am a self-proclaimed “Retailer by Profession and Choice. Since 1997”. For a reason!