As the calendar year 2022 ends, I complete the distinction of my “silver Jubilee” year in Retail. I started my career scooping ice-cream in 1997 at India’s second and Chennai’s first outlet of

Baskin Robbins. Last weekend when I walked passed by that location, I took a photo of that store where another respectable global brand exists now. But it may soon be gone as Chennai Metro Rail works are on nearby. The impact of such civil infrastructure on retailers is immense but that’s for another article, another day.

Just last week, I had shared a note on World Civil Aviation Day and the image I used for that tweet was that of Air India. Little did I realise that the first aero-trip I took was exactly 20 years ago and it was on an Air India flight too. And the best part was, that the trip was for an interview to Mumbai, with Shoppers Stop. I convinced the HR manager then to get me an air ticket instead of the standard rail fare, a rarity those days. I didn’t choose that position and life moved on. But then, when I look back, there has been so much that has been showered on my by this retail ecosystem for the past 2.5 decades. I cannot thank everyone who have been involved in “My Retail Journey” all these years to make me who I am today. 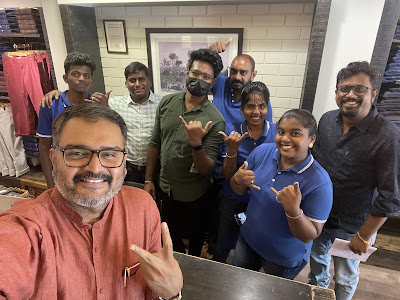 12.12 is a very important day of the year in the Indian Retail ecosystem even as most large retailers as well as small retail businesses including regional retail chains celebrate the day with much fanfare. Retail Employees Day was first celebrated a decade back and has since  garnered momentum with most CXOs of large retail organisations pitching in with their support. On this day, employees are celebrated for their unstinted efforts, thanked with small and large goodies and gifts and most of all, made to feel special for the sometime-thankless efforts they offer to their customers and their masters. In many cases, employees are recognised for their non-work related  From back then when I stared my retail career to now, so much has changed in the way consumers shop. And the staff members of retail establishments across the pyramid have always kept themselves in tune with their customers.

Let me share an anecdote of how my first employer made me and my colleagues “feel good” everyday – at Baskin Robbins.

Though it was a neighbourhood ice-cream parlour, it was an American brand and certainly carried an “international tag” when compared to the domestic ones around. Therefore, the clientele was also more discerning and demanding. We were a team of 5 – 2 in the morning shift and 3 for the second shift. All of us were college students or had just finished. Given our age, our modest familial backgrounds and our tendency (perhaps) to have a bite of the beloved ice-creams, I guess he came up with an interesting idea. The Franchisee said that every day, each of us were allowed to sample one scoop of ice-cream on the house after making a note in the register. It was a learning exercise for us, so we know the taste of each of the flavours as well as to ensure we were not sampling it ourselves “off the book”. After a fortnight, we had tasted almost all the flavours amongst ourselves and requested if we could instead take the scoops home. He agreed but after a fortnight, even the folks at home were bored of eating them.

The franchisee had successfully accomplished two things – ensured the staff wouldn’t steal the ice-cream and instead, take it officially whenever they wished to. More than a view to police us, I saw it as a great way to keep the flock engaged. It was his way to thank us everyday for our wor k, especially since it was the first self-service outlet where the customer was expected to remove their leftover cups and drop them off in the bin – much to their chagrin. So, when some of them sulked, we had to go the extra mile, but the Boss was already rewarding us. It was always a quid pro-quo, after all. There is an age old saying in retailing – take care of your employees and they will take care of the customers (and the business). Very few business owners are walking the talk. And it shows in the business outcomes, after all.

Have you felt that the restaurant where you spent a few hundreds or even thousands provided a great meal but the service was basic, if not atrocious?

Have you experienced cashiers without any life at cash tills in supermarkets who hardly look at the customers faces?

Have you encountered sales staff at apparel boutiques who are not interested to show you varieties of merchandise?

Have you seen sales staff at a mobile retail store who are more engrossed in their own smartphones playing games or watching Youtube than serving you? 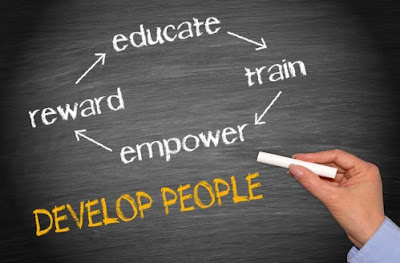 There are many such examples that we could discuss in detail and the prime reason for this is that the Retailer has provided limited or nil empowerment to the staff. I had a similar example this morning. I was at Café Coffee Day Ispahani Centre (Chennai) with a guest and we ordered two cold beverages which arrived fashionably late after 10 minutes. One sip and the Frappe was lesser by a quarter. In 3-4 minutes my drink was over! And it was meant to be a cold drink. After a while, I went to order a Cappuccino and again had issues with the staff who were novices and were under training while the senior guy was not around. When he appeared suddenly I told him about the cold-less Frappe and he just gave me a blank look – nothing more. No apology, no offer to replace the drink, nothing. I wouldn’t blame him. This is how most of our large Retail chains work who are facing severe challenges in employee management. 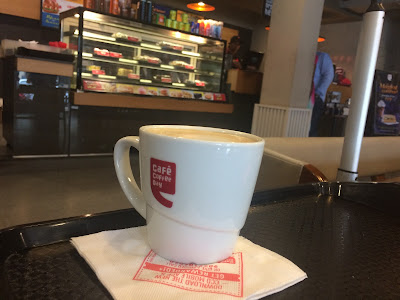 While we could debate what the staff in the above example could have done, I think the issue should be addressed at the Corporate level than at the store level. Worldwide, many retail stores, especially in services businesses such as food and entertainment have given a lot of empowerment to their staff across hierarchies. For example, walk in to a Starbucks and order a drink – if you didn’t like it and inform the guys behind the counter, they would just replace it without battling an eyelid. Yes, there could be some cunning customers who do it purposely to give a try for some new beverages, but “Customer Delight” which we discussed in the previous article is foremost for such Retail Brands than the few sour apples. 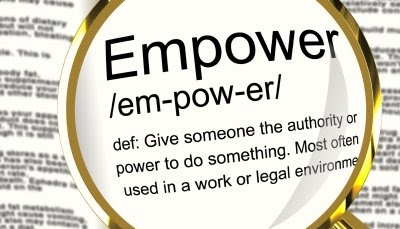 Indeed, many small and medium retailers have empowered their staff immensely and I must give credit to such Entrepreneurs as well. It is not without a reason that some brands have grown their businesses immensely while established ones falter. Even large retailers are empowering their staff. Case in example: The Store Managers at The Future Group outlets are designated as “Kartas” not without a reason. Karta is the official name of the person who heads a business managed by a Hindu United Family (HUF) and the Future Group has just taken a leaf out of it. The Karta of a Future Group is fully empowered to take decisions pertaining to his/her store, ofcourse what’s within their areas of power & consideration.

There is inertia among Business owners to empower their staff due to trust deficit and employee dependability. However, with the right coaching & mentoring, this can be very well be overcome and businesses can indeed succeed.
- April 07, 2017