Brands are timeless, Khans are not

If you have been following all the chatter on social media and top brand / advertising journals and magazines, the buzz is about the recent TVC feat. Shah Rukh Khan for Thums Up and the upcoming new TVC feat. Salman Khan for Pepsi. That the two have swapped their roles for their previously endorsed brands is one thing. But are they even relevant in today’s times is another. The last hit film of SRK was over 12 years back. I mean, a Box Office hit, that is. Salman, on the other hand is up with a new movie every 2 years for ID festival and gets attention across the world, though mostly from the hinterlands of India. While the collections in the first week of the film’s release have been ranging upwards of 100 Cr, 200 Cr & 300 Cr for Salman, that’s not the case for SRK, unfortunately. His core audience, the 90s kids are now having kids who are in their teens or twenties. The moustache-less handsome young man that SRK was faded away many moons back. His demeanour and confidence of Chak De! hasn’t been revisited by the ace actor ever after, for reasons best known to him.

So why would multi-nationals Pepsi & Coke risk their brand image with the Khans? 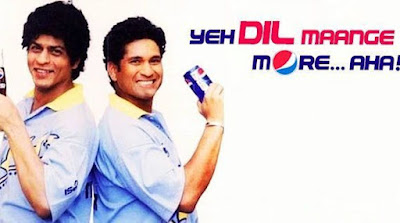 After all, Brands are timeless but the Khans are not…

Ask any kid in their high school age group of today and there is a lean chance they would have watched DDLJ, HAHK or DTPH. If you are even wondering what these acronyms mean, you belong to a different era altogether. In the early to mid-90s, SRK endorsed Pepsi and took it across the country – from Board rooms to class rooms, office canteens to Tech Parks and beyond with his “Dil Maange more” campaigns alongside Sachin Tendulkar. On the other side, macho man Salman pounced with “Taste the Thunder” alongside ThumsUp, an Indianized cola drink which is supposedly more popular outside the metro cities. Over time, the two heroes and the other Khan, Mr. Perfect Aamir, endorsed the three cola brands including Coke among themselves. And then came the young crop of actors & sportsmen, mostly cricketers who took over and lead the campaigns.

In 2022, after many years of association with their preferred soft beverages, Salman and SRK have reversed their roles, moving in to the opposite camps, much to the surprise of their fans. The Ad-Industry and Brand veterans are divided in their views too. Salesmen of both companies are a confused lot, for having seen their current Brand Ambassadors in competitive camps earlier. The shopkeepers, mostly kirana owners are clueless how these things work. For the common people on the road, it’s yet another marketing gimmick by multinational companies spending crores of rupees to drive sales. 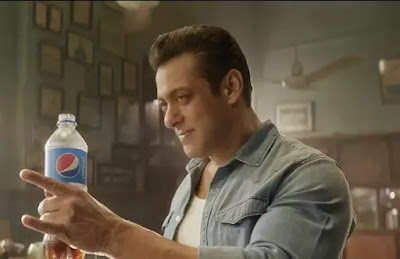 The verdict is clearly divided.

Why would SRK, who has always been known for his soft image, even in his recent outings like “Love you Zindagi” portray a more mean image with his latest campaign? See the Ad here.

And with Antim, Salman proved to be the most macho among Bollywood heroes (perhaps after Dharam garam) and remains a bachelor at 57 years of age alongside SRK – yes, that’s correct. In 2025, they both would turn Senior Citizens!

Why have the best of Marketing minds in Pepsi and Coke chosen this path? Have they run out of options in today’s sporting and entertainment fields? Absolutely not. Do they still believe SRK & Salman draw their own crowds and fan following? Perhaps yes. A big yes, at that.

Salman’s fanbase is far wider than that of SRK’s. That could be a reason why Pepsi has now onboarded Salman, so they get to target the more mature audience, supposedly. On the other hand, SRK’s core fanbase has now entered their 40s and 50s, some in their 60s too. Perhaps, ThumsUp with Rum is a great combination. Also, ThumsUp could now be vying more familial attention. Maybe not.

All said and done, Khans age, brands don’t. They will outlive this campaign anyway.

Chitti, the Robot created by its scientist Dr. Vaseegaran (both characters portrayed by the Superstar of Indian Cinema Rajnikanth) in the tamil film Enthiran (Robot in Hindi) that is directed by Shankar wears Ray Ban, Police and other designer sun glasses all through. There is a particular scene where the two of them shop diamond necklaces for their common girlfriend at Joy Alukkas, a leading name in ornamental jewellery in the southern markets in India. And the villainy Robot drives a Bentley, ransacks a Lifestyle Department Store only to stock up everything that’s needed for its lover. The scientist and his robot travel in a Mercedes CLK while the scientist’s home is shown as an exquisitely designed villa. All through the film, the leading characters including Aishwarya Rai wear designer stuff, exclusively crafted by ace designer Manish Malhotra who shot to fame since the late 90’s when he designed outfits for the likes of Shah Rukh Khan and his contemporaries of the Hindi film industry. This is Manish’s second outing in the South after the previous hugely successful Sivaji (2007) which had the super-hit combo of Rajnikanth & Shankar. Meanwhile, Salman Khan’s recent Dabangg portrayed him as a Police officer whose moustache and Ray Ban became more popular at some stage than the plot of the movie itself. 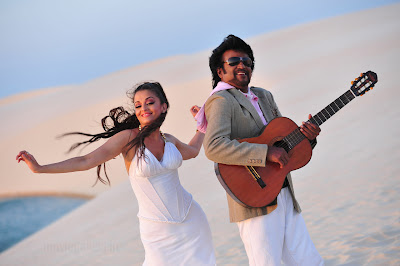 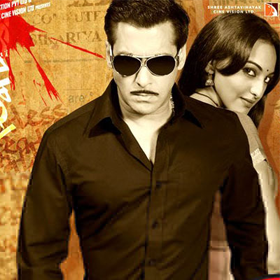 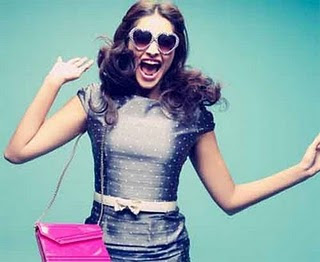 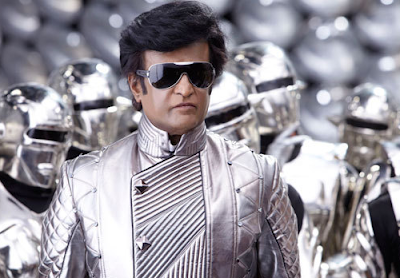