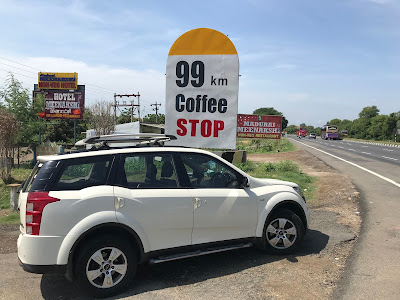 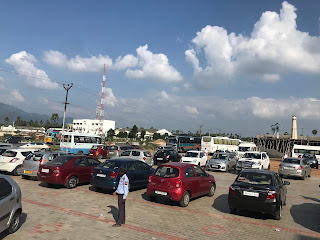 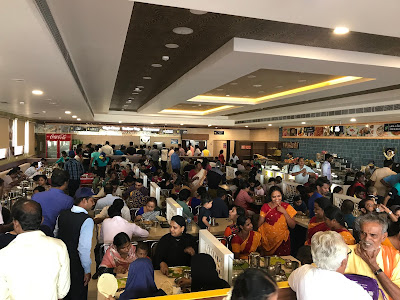 Once again during the upcoming New Year weekend, the restaurants and highways are going to get full. I really hope some changes are undertaken by Restaurant owners small and big to ensure better handling of customers and of course, their own staff. Happy New Year!

I have a lot of firsts to my credit. The most recent one was to see a movie on the opening Friday with friends, although that’s not a first. The “first” really was that we were only 14 people in an Audi which can seat 196 people, at Inox Cinemas located at Chennai Citi Centre, a Mall of yore located in the heart of South Chennai which has been operational for a decade now. The film, a fictional fantasy is about a unique stone which can cure any disease (sic). Yea, that’s right, we are in 21st Century yet our film makers come up with such scripts. The film’s review itself calls for another article though. The lead actor is Gautam Karthik, who is the son of yesteryear chocolate boy of Tamil Cinema, Karthik who has acted in over 100 films as a Hero. Gautam’s first film “Kadal” was directed by Mani Ratnam, who also directed a film with Karthik in the lead in the mid-90s which went on to become one of his most popular ones – Mouna Ragam. After a few mediocre hits, Gautam is still figuring out his space in the Tamil Film Industry and his latest outing “Indrajit” is an apology for discerning film goers, even the once in a blue moon fellas like me. That the film was nauseating is an understatement. But we still hung on, with Pop Corn, Tea and Veg-Puff for company on a rainy day, which cost each one of us more than the cinema ticket price of Rs. 204. We sat through till the end-credits for the sake of – well, nothing. We were free that day and general time-pass types.

When I was getting out of Inox, I saw an almost empty Mall, at 6.30 pm. This for a shopping centre located in the most prominent part of Chennai with a GLA (gross leasable area) of over 1.50 lakh square feet. The main anchor tenants are Lifestyle and Inox and honestly do not do justice anymore as Anchors, for they have tried every gimmick in the book to draw customers. Even onlookers and jaywalkers do not drop in to this Mall anymore and the atrium of 10,000 sft looks like a ghost town, no exaggeration. Even as I took the Escalators down each floor until the basement, my heart bled how the attitude of the Mall Owners has led to utter deterioration of the precincts. There is no Coffee Shop, no Restaurant, no place to sit for a while, no nothing. Just a few shops who sell some random stuff and somehow make ends meet. 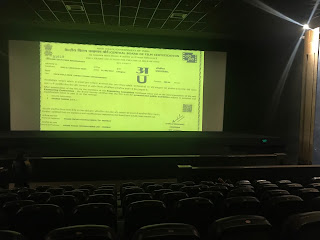 Adding insult to Injury, I had to cough up Rs. 90 for Car Parking charges upon exit. I actually asked the Parking attendant if it is fair to charge me for parking when there were only a handful people in the Cinema and we still gave the Mall a business of over Rs. 2,000 by the three of us. This was about 10 days back. The guy gave me a puzzled look, guessing I must be yet another Mall ranter. He was perhaps not mindful that his job is at stake should the Mall shut down in the near future. Perhaps, they may not. The Dubai based Mall Owners would probably keep funding the business as long as they can.

On 5th Dec. 2017, the Tamil Nadu State Government announced that Cinema Theatres must charge no more than Rs. 20 as Parking Charges for 4 Wheelers and Rs. 10 for 2 Wheelers. However, like any other G.O. this one doesn’t specify if the rate is per hour or for one show. The ambiguity is not going to help the theatres much, so they would perhaps choose what’s convenient to them anyway. The G.O. also doesn’t include Malls in to this order while there is already a local court ruling that Malls cannot charge exhorbitantly for Parking charges which has been further challenged by the aggrieved parties. The local Government has also said that next in line would be controlling prices of food items. Again, there is already a Court ruling that Prices cannot be different (more in this case) for branded products elsewhere other than Cinemas. This has somewhat been streamlined although items sold in loose such as Pop Corn & Nachos, food items like Burgers, Puffs, Samosas, etc. and aerated drinks sold by the Cup as well as Tea/Coffee do not fall in to this category. Some solace for the cinemas. 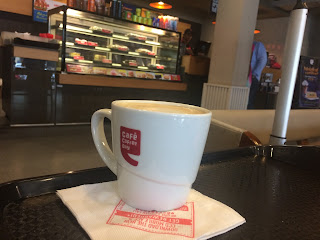 For over a decade and a half ever since the Mall revolution took over our lives in India, (Multiplexes which have been a part of it) it has been commonplace to see Cinemas charge heavily for the food and beverages sold to compensate the operating expenses. For Ex. Even though we were just a dozen plus people in the Audi, Inox had to still run the air-conditioning, have a person to issue and verify tickets, serve food and beverage and of course, clean the premises before the next show begins. Their costs do not come down with reduction (and vice-versa) in number of audience and therefore need to keep up with their costs.

This is somewhat akin to what the great Indian Democracy has been doing since Independence, with its somewhat socialist and communist ideals – Rob Peter to pay Paul. The Government subsidizes the poor by charging tax on those who can afford to pay and consume products and services. No wonder, India has one of the highest rates of Income Tax in the world (with less than 15% of the population paying Taxes!), and so are the Cinema Ticket prices. Unlike the USD 1 trillion Economy which the Indian Government manages, the cinema exhibitors as well as Mall developers and operators are not sitting on cash troves anymore. Each penny (they earn or spend) matters a lot and hence this concept of overcharging those who come to watch movies to counter their losses. 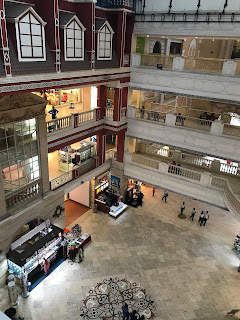 I have argued earlier that with the advent of OTTs, forget pirated copies, even new films unless they have top star cast or high budgets will not have takers at the Box Office. Veterans like Kamal Hassan have tried to release their films (Vishwaroopam as an example here) on Satellite Channels along with theatrical release which has seen stiff resistance. Recently, a short movie by the name “Lakshmi” released on YouTube and received rave reviews, giving the Director and the Crew enough exposure. Perhaps if the film is made full-fledged, it may attract more crowds at the theatre.

So who is to blame for this misery – of empty Malls and emptier Cinema Halls? Many people squarely blame the penetration of E-Commerce in India. By numbers, E-Commerce Retail accounts for just 1% (Yes, ONE Percent) of India’s total Retail business size. And for most Indians, watching a movie and shopping (in a retail store) is almost an Entertainment. They continue to spend their time on entertainment, but not anymore at Malls and Cinemas.

Is anyone hearing? I don’t think so. Can something be done about this – Umpteen stuff can be done. It wouldn’t cost a lot of money to draw customers and audience in to Malls and Multiplexes. Reducing Parking Ticket charges is just the beginning. There’s a lot more than can be done.

Is there willingness to do so by the Malls Operators? Hell, Yeah. But what’s topping them? Even I am confused. Why would someone not want to welcome those who wish to be.