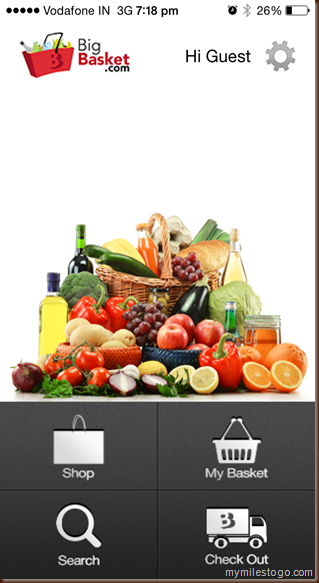 There has been enough spoken and written about the Flipkart-Myntra deal. Online Commerce is no more a hype at the moment and there is no money to be made – that’s the response most subject matter experts are saying although they don’t want to be quoted since they are in various advisory capacities for many such companies. With a healthy two-digit margin, if offline Retailers are not able to succeed (read: profitable), then how would these companies survive- they ask. Having said that, there is not a single ECommerce company (in India) that has tasted profits yet. While many promoters have made millions of dollars collectively, the companies in question still remain unprofitable. I would presume that a very few of them would even be making unit level margins. Such is the discount structure and focus on Topline that these companies are almost forgetting that the main intention of a business is to create value through profitability and not just a valuation (to subsequent investors). Amongst the online frenzy across categories, the most dreaded and the most challenging category is grocery & daily needs including fruits and vegetables. Bangalore based BigBasket.com already has some headway while WeStaple.com from Noida and a few others who are regional players are taking the lead to establish their positions. Big Basket even has a Mobile app for Android and iOS from Apple. Take a look below at what their customers have to say; 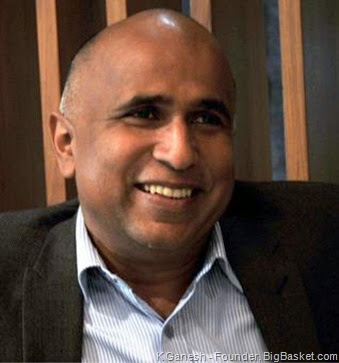 K Ganesh and his wife Meena Ganesh are an entrepreneur and angel investor-duo. BigBasket, which is run on a daily basis by the founders of e-tailer Fabmart, on the other hand, is one of India’s only online grocery stores. Online grocery stores have been seeing big traction around the world, as recurring orders prop up the profitability of the niche e-commerce category. “The Series B funding for BigBasket, which should close in the next three-to-four months, will be around $40- $50 million. We believe it has huge potential, with gross margins of nearly 20 per cent. Every order is profitable for us on BigBasket,” Mr. Ganesh told The Hindu.

Bigbasket founder Hari Menon, a successful entrepreneur who sold his brick-and-mortar retail chain Fabmall and Trinetra to Aditya Birla Group, is bullish. “It’s a huge, underserved market. Convenience is a major factor in our metros. We are finding that at least 85% of our customers return after the second order.” Menon said that revenue is increasing 20% each month. Bigbasket delivers 4,000 orders daily. In Mumbai, where the average size of an order is Rs1800, it does 800 deliveries each day. The site has served 200,000 customers so far and is expanding to Delhi and its suburbs. Menon said the company did Rs85 crore ($14.3 million) in revenue in 2013-14 and was on course to do Rs200 crore ($33.7 million)  in sales this fiscal year.

While the category is exciting, most customers seem to expect the savings (on real estate) to be passed on to them, which in reality is not. If the Real Estate savings are about 10-12% on Sales, the promotions and marketing costs are much larger than that, especially the first-time acquisition cost of customers. While most players do not offer much of discounts for every item, there are chances of combined savings when you buy more quantities or multiple brands from the same company.

However, the overall sentiment seems to be simple- customers would buy products online only if they value their time more than the time spent in shopping offline at Retail Stores such as Spencers, Foodworld, Nilgiris, Big Bazaar, etc. India has a huge density of Kirana Stores while Organized Retailers in the big cities are already quite popular for more than a decade now. Fruits and Vegetables are still preferred to be bought from the vendors who sell fresh quality items, most of them directly sourced from the Markets. Retail FDI in multi-brand retailing is a contentious issue and even the new Modi-led Government is not actively pursuing this at the moment, for the benefit of the trader community who form a big chunk of vote bank.

Online Grocery, at the moment is restricted only to those who work in odd-times, say BPO Employees and many others who would find it difficult to shop at a nearby store especially those who live in far off suburbs. Having said that, the Kiranas are much more active these days, offering various facilities such as door delivery to credit facilities to their customers. While Online Grocery has a great future, time will be a real reckoner.