The day to say “Thank you”

This year, I am fortunate to celebrate RED – Retail Employees Day with over 500 front end staff in my team at Specsmakers. What started on 12/12 a decade back in a few retail chains who were part of Retailers Association of India (RAI) has become an annual event now with hundreds of Retailers across the country saluting and celebrating the spirit of lakhs of frontend workforce across thousands of retail stores. The day is an important one in the annual HR-led celebration of every retail company today and in the current times, with the risky environment in which the employees brave to work is stupendous. May their attitudes soar higher and may they achieve greater name and fame in times to come. 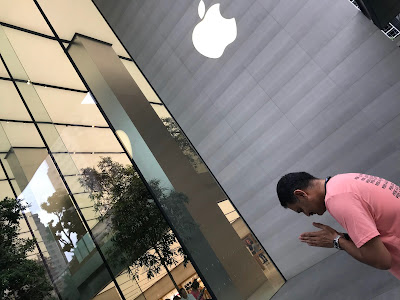 Looking back at myself, I started as a frontend retail staff in an ice-cream parlour as a part time employee way back in 1997 in Chennai. It was the city’s first and the country’s second parlour for US fast food chain “Baskin Robbins” and was located on the way to the Marina Beach, at Mylapore. I studied B.Com (UG) at Vivekananda College, Ramakrishna Mission in the evening from 4pm – 8pm and learnt computer languages at NIIT in the morning from 7am – 9am. During the day from 11am – 3pm, I would scoop ice-cream and desserts and learn the ropes of retailing and customer service. At the end of my computer course which coincided with my third year UG, I decided to continue my focus in the same field that I had been groomed for over 2 years, ending up in a PG in Marketing. Thereafter, my first job was as a Store Manager with RPG Retail’s formats including Musicworld and Foodworld as a Management Trainee. As days and years pass by, I thank everyday my stars, my peers, my former & current bosses and of course, the customers of various businesses that I have been associated with – due to which I remain an eternal student of retail forever.

Early in my career, I chose the tagline “Retailer by Profession & Choice”. Over time, this appeared on my resume, my LinkedIn profile and as my introduction at 100s of seminars on Retail that I have been privileged to address to students at B-Schools, employees and entrepreneurs over the past twenty years. And there are two strong reasons for choosing this tagline: One, I wanted to have something similar to how global iconic brands have (or had) – “Yeh Dil Maange More”, for example. Something, that can be related to me and only me when someone refers about me. Second, back in the new Millennium, Retail was not a preferred job, forget it being considered an Industry. It was widely said that UGs and PGs who didn’t get a proper job in Manufacturing, Banking or IT/ITES industries ended up as an FMCG Salesman or even worse, as a manager or a deputy in a “retail showroom”. Even managerial jobs in Retailing were considered lowly from a socio-economic point of view until around 2010 when the Industry started looking up – thanks to the emergence of Malls, huge network of retail chain stores and the growth of Indian business houses such as The Future Group, Tata Westside and eventually, Reliance Retail in 2008 as well as entry and scaling up of International Retailers and Brands such as Marks & Spencer, Zara, etc. taking wings and soaring high in India across Tier 1/2/3 towns. Today, a job in retailing is not just a coveted one but fiercely competitive too. For mid-level and senior level roles, the competition is quite high with as many as 4-5 candidates making it all the way to the final, meeting the CEO / Top management to clear the last round. I was quite excited and privileged to be a part of the celebrations at a few stores at Specsmakers today, my current organisation, cheering the staff and being with them. This is a day to thank my compatriots for their service, dedication and hard work, rain or shine. Kudos!
at December 12, 2021 No comments:

12 December is celebrated annually as Retail Employees Day, an occasion to thank the frontend staff who have taken up Retail as their preferred occupation. Started in the year 2011 with a few outlets, RED 2019 was celebrated with much fervour across the country with celebrities coming forward to wish and thank the front-end staff for their continued service. 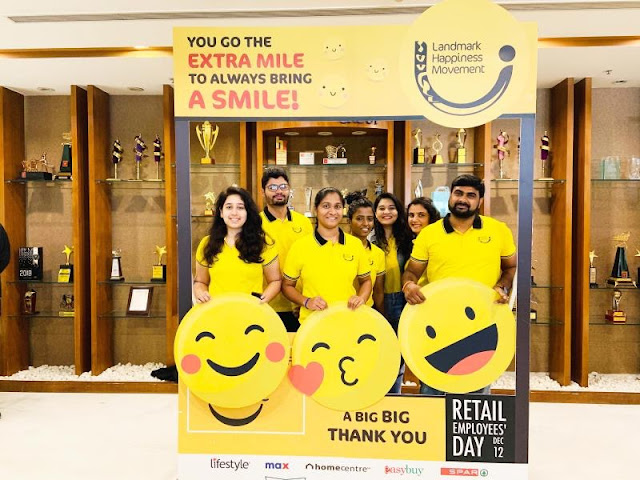 It was a chance meeting that Mr. BS Nagesh, Former MD & CEO of Shoppers Stop, India’s much respected Department Store Chain, had with a few staff on the shop floor when he was setting up TRRAIN – Trust for Retailers and Retail Associates of India, that the staff said they were not being recognised for the work they do at Retail Stores. Thus was born RED, as a day to show gratitude to the staff who work multiple shifts daily, travel long distances mostly on public transport and in many cases, a primary or an ancillary bread winner for the family along with the parent.

I am personally quite happy that RED has grown and like how over the past decade. 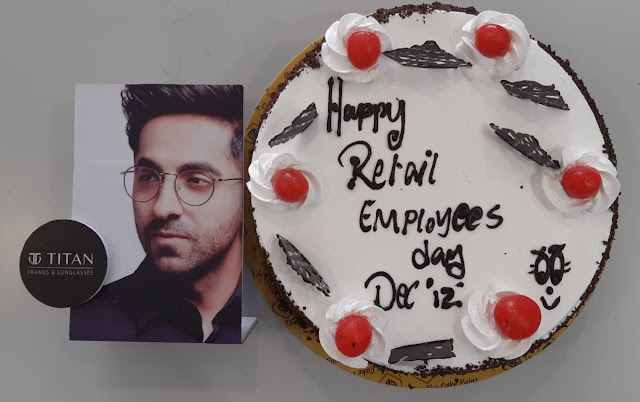 To give you a perspective, every 7th person in the world works in a Retail Environment, directly or indirectly. This includes people who work on the shop floor, at warehouses, those who are involved in supply chain and delivery and so on. In India, over 40 million people are directly employed in the Retail Trade which contributes to 3.3% of India’s GDP.

Today, India boasts of over 800 Malls of which at least a Third of them clock a turnover of over 300 Crores annually. Two decades back, shopping was restricted to the nearby Kirana Shop for buying day today Grocery & Household shopping and the city centre or the “Market” area where consumers would flock during festive occasions to buy clothes, accessories, footwear, home furnishing, etc. even as the annual shopping trend (like today) was non-existent.

The taboo of working in a Retail Environment can be best explained by me, perhaps since I have faced flak personally during my early days in Retail. 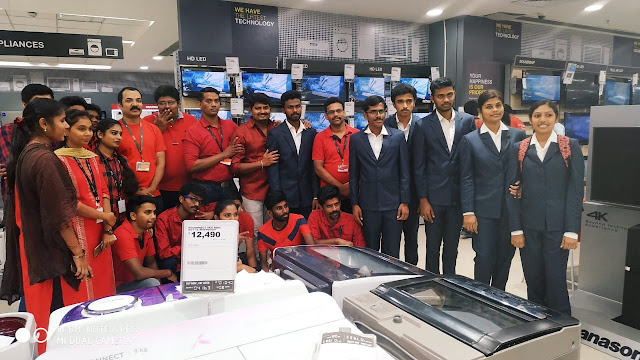 I started my working life at the age of 19 scooping Ice-Cream at Baskin Robbin’s first outlet in Chennai as a part-time employee from 11am – 3pm while pursuing my second year B. Com (evening college) as well as attending NIIT classes at 7am, to acquire coding skills of C, C++ Visual Basic and so on. I was chided by “elders” (but not my parents) in the family for working as a “server” at an ice-cream joint and was forced to quit the part time assignment in less than a year which was feeding my pocket money.

However, I was so impressed with this Industry that I ditched my coveted Computer Education only to pursue an MBA in Marketing after UG, join RPG Retail through Campus Placement as a Management Trainee and a few years later, added the tagline “Retailer by Profession and Choice” to my bio which remains till date.

Even during my stint at Foodworld Supermarkets, my own extended family members as well as a few neighbours would mock at my choice of employment, much to the chagrin and embarrassment of my Parents. They thought I didn’t get a more “handsome job”, was working at a “shop” which wasn’t the best of jobs one could get after a respectable MBA and wasn’t “marriage worthy” although the Industry was paying good salaries, took abundant care of the employees with benefits, provided decent pay, incentives & compensation and most importantly, Customers immensely respected the Retail staff. 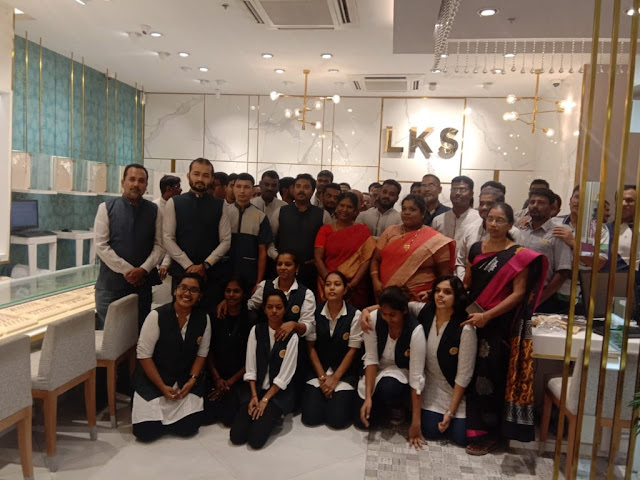 Its so nice to see celebrities coming forward to thank Retail employees for their stupendous efforts and good work. Some of it is sharp marketing, one may say. So be it. At least, that way the likes of King Khan associate himself with the Retail Industry and the staff, raising the bar at how “we” are perceived in the society. 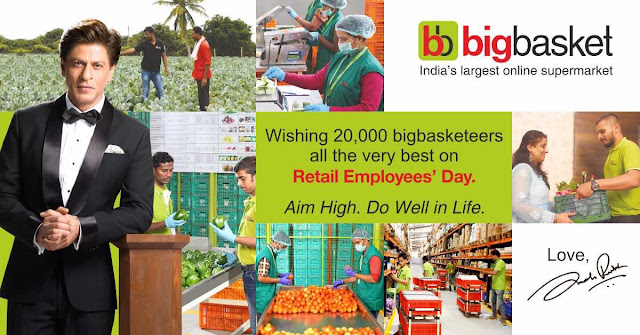 This is just the beginning, as I famously quote that “The Great Indian Retail Story is yet to be fully told and is still to meaningfully unfold”. Watch this space.

And thank you, Retail Industry. But for the choice of continuing to work at Baskin Robbins in 1997 despite the discrimination from the society, I wouldn't be where I am in life and most importantly, wouldn't have written this piece.

Much obliged and always proud to call myself a "Retailer by Choice". Here's wishing all the employees working in ur Industry a great future ahead. 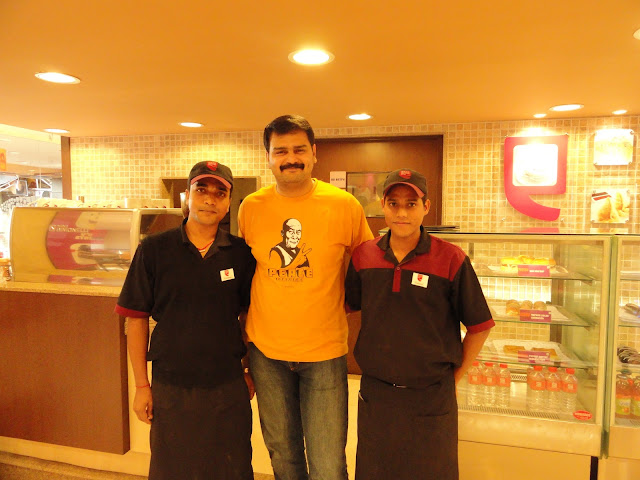