I started my career in Retail in 1997, scooping ice-cream at Basin Robbins' second outlet in India and first in Chennai (then, Madras). As the current decade comes to an end and an exciting one unfold, I am writing a series of 20 Articles over 20 days (10 in Dec' 19 and 10 in Jan'20) on the various Retail developments I have personally witnessed since 2001 onwards. Today I have written about the "Music Retail Industry".

I joined RPG Retail as a Management Trainee through campus selection at ITM Business School where I pursued my 2-year MBA. After a 21-day orientation, we were sent to our respective “regions” as per the traditional culture of the then corporate behemoths. And mine was Kolkata, West Bengal. I reached out to my then GM – HR and asked her “why me?”. I had never crossed beyond Tamil Nadu for my vacations or holidays all my life and here, I am being sent to an unknown territory, unknown language, unknown people, unknown everything and that too on my first job. She said, this is one decision you’d never regret in your life. And I haven’t, true to her words.

Musicworld at Park Street, Kolkata was at the time the largest music store in Asia and among the largest in the world only behind the Virgin Music and HMV Stores at London. Spread over 8,000 sq. ft., the Muwicworld store was a cynosure of eyes for the locals as well as those visiting the city – returning Indians, NRIs and Music lovers from all over India and the world. The store had over 30,000 SKUs across 4 major languages – Bengali, Hindi, Western English and Devotional Music. This was the time around the turn of the Millennium when Audio Music CDs in regional Indian languages were getting launched at Rs. 299 per unit. And then, T-Series, the illustrious Music company which took audio cassettes to the masses launched the Audio CD of Dil Chahta Hai at just Rs. 99. Even at the time, the music store would clock a monthly turnover of around Rs. 50 lakhs and that December when I was managing the operations, the store peaked at close to Rs. 90 lakhs in Turnover – audio cassettes in Bengali and Hindi were contributing over 60% in volumes and less than 50% in value terms, while the CDs coupled with Gaming CDs and VCDs contributed the rest. At this rate, I thought this business would never cease to exist. I was wrong.

RPG launched HamaraCD in two forms – one where a consumer could login to the website and choose the playlist; second, a self-service kiosk placed at select MW Stores where one could do the same. The only hitch – it was priced at Rs. 399 for a track list of 12-15 songs (around 300 MB space on the disk, if I recall correctly). This was a revolutionary concept at the time and again, I thought this was probably the way forward. 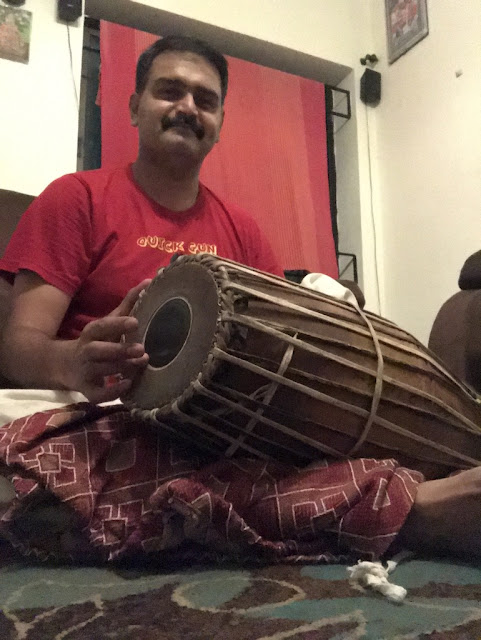 My selection into RPG Musicworld was based on multiple reasons – of course, the Management Panel had their own reasons to choose me during the formal rounds of Group Discussion and Personal Interviews. Other than that, I was a trained musician in Indian Carnatic Music starting to learn the “Mridangam”, a percussion instrument at the age of 9. I started performing on stage at the age of 11 and thereafter pursued until I hit a very bad patch in high school studies when my parents decided to discontinue the art for want of having me to focus and score good marks. I restarted learning the art after 2.5 decades from none other my Late Guru's son last year.

There is another reason for my passion towards Music & Music retail – while at school in Class 9 & 10, I was experimenting my first tryst with Entrepreneurship (unknowingly of course, only to save some from money to eat Samosas after school) by recording playlists for friends for a fee. Here’s how that model worked. I would buy music cassettes of latest Tamil films from the wholesale market in Chennai at Ritchie Street for around Rs. 23 /- (MRP was Rs. 28/-) by cycling 6 km from home in the pretext of attending some group studies with friends or extra tuition classes. There was also a shop nearby where the shopkeeper would rent me cassettes for Rs. 10 for 3 days during which I would record songs from films which I didn’t possess in my library. Then, I would buy empty cassettes for Rs. 12 which could accommodate around 6/7 songs. From the plethora of film songs I had, I would curate a list that my classmates and friends preferred along with a title card, handwritten and sketched with my self-branding and sell it for Rs. 30-35, depending on the demand at the time. From immediate classmates to seniors to juniors, I had a long and happy list of customers who came back to me from time to time. The “venture” was short lived since I decided to focus on whatever spare-time I had on school studies.

Managing a Rs. 7 Crores pa topline and a healthy profitability in my first job two decades back, my stint at Musicworld Kolkata is the one I cherish among the most in my professional career. I made a lot of stranger-turned friends, some of whom I am still in touch with and we start our chats where we left the last time, of sorts. But more than that, I would wonder how this business could be sustainable in the long term since piracy of music was getting popular around that time, albeit consumers had an inferior experience listening to music. In my first report to the company, I suggested that we also sell CD Players thereby inducing music lovers to upgrade from Cassettes to CDs and once they fell in love with the original and high quality of music through CDs, they wouldn’t prefer pirated ones. Due to various reasons, the company didn’t pursue the idea.

Musicworld was among the first few brands in India to offer a Loyalty Card known as “Masti Card” wherein the holder of the card would get preferred treatment in terms of discounts and offers across various other retail formats. The concept was a big hit during it’s limited lifetime and there were even local, small-time shopkeepers wanting to be associated with MW Masti Card for the pride it offered to them. I travelled by Trams, Metro Trains, Buses and Taxis to multiple Retail Establishments from Garia to Esplanade, VIP Road to Taj Bengal to induct them into the coveted Club. Such good experiences right in my first job. Later on during my stint at RPG Foodworld, there used to be MW Kiosks with the Chartbuster Titles only and I would take special care of this vertical due to my loyalty and allegiance to Music.

I was also among the first to write an Obit Column for Musicworld when it finally downed its shutters at Kolkata as well as ceased to exist as a concept. Honestly, I saw it coming since the company, for various internal reasons, wasn’t pursuing the digital way forward even as MP3 was the preferred mode of listening to Music until online Music streaming has become the norm currently. That SaReGaMa, the company which was formed after RPG bought over the titles from HMV had a huge repertoire of music across genres (those days in digital form) wasn’t put to best use, perhaps by the company. Very sad indeed.

On Dec. 7, when the Music album of Superstar Rajinikanth starred “Darbar” released in three languages - Tamil, Telugu and Hindi, Gaana App – the online streaming company owned by The Times of India Group (ironically, the biggest competition for Musicworld was PlanetM which was owned by same The Times Group back in the 2000s) had bought exclusive rights for streaming Darbar Music which meant that other Apps like Jio-Saavn, Airtel's Wynk Music, Amazon Prime Music app and Google Music cannot officially stream them. While it’s not clear how much Gaana incurred on this, the market estimate is that the company has paid over Rs. 6 Crores for this exclusive right until the film releases on 9 January 2020. During this period, Gaana expects to quadruple the number of its userbase in South where it has been weak, with a retention rate as high as 20% Month on Month which is again 2x the market average. the song "Chumma Kizhi" from Darbar album had 28 million realtime views on Youtube in 24 hours of launch. And today, I see that the Tamil album alone has 10 Million+ Playouts on the Mobile Music App... Says a lot of how Music Retail is still prevalent, just that the consumption patterns have changed, or evolved if I may say so. 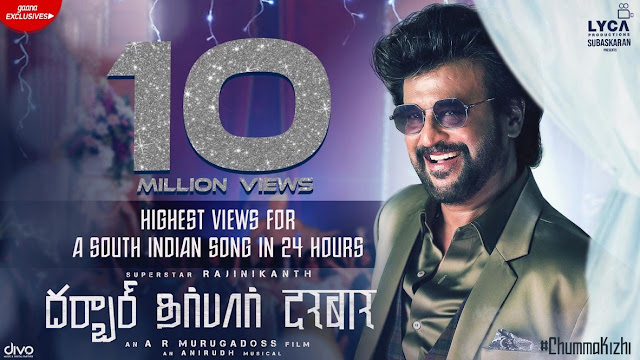 Times have changed so much that during the Darbar Music launch, there wasn’t any CD which was actually released in the open market. While Music Retail (offline) is almost dead, online Music Retail through streaming websites and Apps is here to stay. Else, why would the young Aakash Ambani pay a premium of USD 100 million to acquire a Music over-the-top (OTT) app Saavn to add to Jio’s portfolio to build a USD 1 Bn entity?