When I first joined the retail Industry in 1997, scooping ice-cream as a part-time job for Baskin Robbins in Chennai, little did I imagine I would be bestowed the privilege and opportunity to open hundreds of stores in the future. Not that I aspired to do just this in my formative years, but I was quite clear and sure that the “Great Indian Retail Store” was in the making. And that it would last for decades to come. Looking behind 24 years, I am happy that my views and predictions have remained on course. This blog was started a decade back, as a way to respond to queries from my B-School students as I may not find enough time to share my thoughts during the classes. Over time, this blog has remained an edifice of many of my predictions, which have come true. Even as I inaugurated yet another retail store for the company I work for, I couldn’t gloat my feelings about how positive and committed I remain to the Retail Industry in which I play a minuscule role. 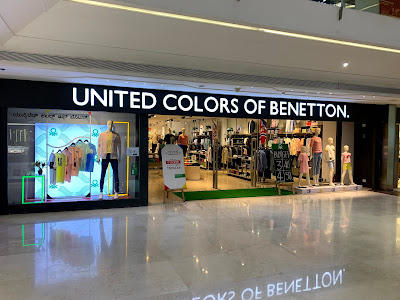 Statistics and numbers about the Industry prospects is one. It is indeed a tedious process and takes hundreds of manhours to get these findings accurately and later, analyse them analytically and correlate with reality. Me, on the other side, have always been a “market-first” guy while indeed relying on stats and data too. I have had the unique advantage of feeling the aura of a location, a neighbourhood or a certain geography. This is an acquired skill coupled with instincts which many of us in RBD – retail business development, are endowed with. It’s certainly not a privilege, rather something we hone our skills on.

For me, it all began in 2005. Mr. Luciano Benetton was in Bangalore and was undertaking store visits, whom I accompanied with our CEO, Mr. Sanjeev Mohanty. As we ended the day, Sanjeev told me it was Luciano’s wish which he too echoed, to have a store at 100 ft road, Indra Nagar. India’s largest store at that. I was baffled. There was a Limelite Salon, Vivek’s Consumer Durables and 2-3 apparel brands, nothing more. Why would such luminaries in Retail and Fashion want to open a flagship store in a nondescript (that’s how it was back then) locality of the city. But they were right. UCB was the first large store ( a house was brought down and 10,000 sft was built) in the neighborhood, which is today perhaps the most expensive retail location in the Garden City.

Thereafter, I have been in the business expansion roles at Café Coffee Day and Royal Enfield where I set-up 140 cafes and 160 dealerships, respectively across the country. While data was the lead, it was mostly our instincts with which we finalised most locations. Well, there is and will never be a 100% success rate. But the majority of the locations are still rock stars. For Ex., I was responsible for choosing, designing, setting up and operationalising the largest Royal Enfield Dealership and Service Centre in the world at Chennai. It’s been 7 years now and every time, I pass through that location, I feel a sense of pride. The Coffee Day Square at the Terminal 3 at IGI Airport New Delhi is another example. One at Raipur Airport and so on. 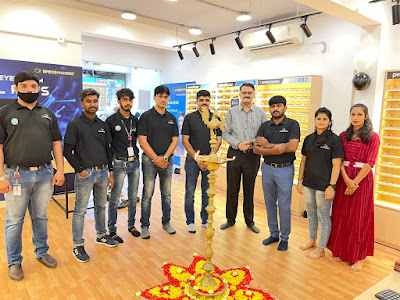 The same is the case with the outlet we inaugurated today (9 Sep. ’21) at RT Nagar in Bangalore. This is the third branch within the neighbourhood for Specsmakers, whereas the locality already has about 15 Optical showrooms. Assuming an average 100 pairs a month per store, that’s 1,500 users who buy specs per month, 18,000 pa. With an estimated population of 5 lakh people within a 3 sq. km radius, that’s a sizeable population to believe there is a large market potential. Specific to the store location, the stretch already has 3 optical stores, which means potential customers are already coming regularly. With the Brand promise Specsmakers offers, I am quite sure that we will be able to get our share of the business, which should possibly be incremental to the pie. Obviously, these are back of the head calculations and it’s finally the Customer who decides whether they should conduct business with a store or not, no matter how hard Brands do try.