Actor Imran Khan had recently announced to file a Public Interest Litigation (PIL) at the Bombay High Court challenging the State Government’s proposal to ban “alcohol consumption” under the age of 25 years according to a recent news article in Times of India. The co-petitioner is his brother-in-law Vedant Malik, 22, who wants to "espouse the cause on behalf of youth below the age of 25 years", says the PIL. The respondents are the Maharashtra government, the secretary of the department of social justice and state excise commissioner. The PIL states that the government "seeks to impinge on the right of equality and personal liberty" of the youth, who are otherwise vested with the right to vote, marry, serve in the military, drive vehicles and enter into legal contracts. The PIL informs that legal drinking ages worldwide are usually 18 to 21. Incidentally, Maharashtra's and Delhi's drinking age limit of 25 is among the highest in the world, except for Maharashtra's Wardha district, where it is 30. The PIL states that the petitioners were surprised to find that the 25 drinking age limit was actually in force since September 26, 2005, but was not being implemented. "The petitioners were therefore under the bonafide belief that the age limit to apply for a liquor permit was 21 years and not 25 years,'' the PIL says. The petitioners then read news articles saying that the Maharashtra cabinet on June 1, 2011 introduced a de-addiction policy that said the legal drinking age for hard liquor was 25 and mild beer 21. They decided to challenge the higher drinking age and asked the department of social justice and empowerment and excise commissioner for the policy. They learnt that the policy was "only at a nascent stage of discussion and yet to be implemented.

I would say this is indeed a noble move had it been done by any other person than the said actor who played the role of an urban youth in his recent movie “Delhi Belly”, which was produced by his uncle and ace actor Aamir Khan. In the film, the actor and crew have professed and performed some of the most vulgar acts (some really meant only within closed doors) which even couples in their 30s (without their children) couldn’t fathom watching at the cinema! The fraternity and junta laughed off the whole episode, claimed and hailed the actor-uncle duo to have taken Indian cinema to global echelons! Neither the saffron brigade nor any mullah condemned or took them to the roads or to the court; no women’s panel took notice of such derogatory remarks in the film. A song featuring “chaste Delhi / national abuse” was reformulated in the soundtrack which went on to become a Chartbuster. Indeed, there was some criticism, but Aamir Khan himself appeared on Tv to justify this and said it was just a song, just a movie! And Hyundai Motor Corp. whose brand ambassador happens to be Shah Rukh Khan (apparently the two Khans are considered arch rivals and do not see eye-to-eye ) announced that it would sue the movie-makers due to a dialogue spelled in the film, where a modified “Hyundai Santro” is abused with the choicest derogatory words which goes “this looks like the outcome if a donkey had f****d a rickshaw!” The film grossed over INR 20 Crores during the opening weekend and was declared a super-hit at the Box-Office, an important attribute to commercial success!

Look who’s talking about social causes! And in a recent interview in Times of India, the actor says he is supporting the freedom of choice! Well, we live in a democratic set-up and each one of us is free to propose our likings and wishes. But a youth icon such as Imran Khan standing up for a frivolous cause such as this is rather disappointing. 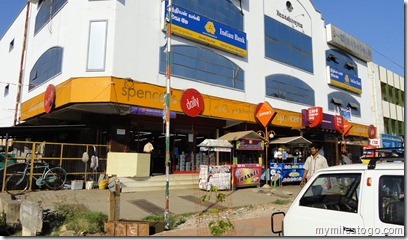 As consumers, we all have the right to choose what we want to buy and consume. In fact retailers like Spencer’s, Hypercity, SPAR, More, Total, star Bazaar and many more have separate sections within their stores that are dedicated to alcohol. At Airports, Duty Free Liquor and Tobacco is one of the fastest selling items. I remember way back in 2001, Spencer's stores in Chennai city would sell alcoholic beverages within a distant corner of the store, or rather abutting the main supermarket. Liquor was not part of monthly shopping baskets earlier, which has changed dramatically over the years. The typical 365 litre refrigerators have given way to larger capacity ones, thanks to the increasing consumption patterns of consumers. Today, there is a specific place allotted for wine, beer, soda and other beverages within the cooling equipment. Consumers have evolved and know what to drink and when to drink. most boutique Restaurants that have opened recently have liquor permits and serve alcohol (no one really checks the age). Even Pizza Hut started serving wine at some of its outlets which was later withdrawn due to poor response. While every one talks about “legal drinking age”, it is not implemented in its spirit.

The issue arises when unwanted propaganda such as this is promulgated. When the Government issued such a notice (in Maharashtra), not a single liquor company or a Retailer came forward with such a PIL. For obvious reasons. No one wants to be known supporting alcoholism. But the way the actor has done this doesn’t merit anyone other than him with some additional publicity which I am sure he could do without. Even if he had filed it as a “consumer”, his agency could have remained silent about it. (I am not even bringing his religion into the picture as this blog is not meant for discussing such purposes).

Consumers today are well aware of their rights with permissible laws (and outside). They are learned, educated and know what is really good for them and their families. Whether the PIL is granted or rejected or not, alcoholism is a peril that will continue to daunt the society unless managed well (by each one of us) with personal and social responsibility.

Posted by Shriram, The Retailer at 19:21