- October 24, 2009
This column comes straight from the heart of Madras – T. Nagar, to be precise, where I have been camping over the past week ever since our daughter was born last Thursday. The past weekend was not just hectic but also exciting and fulfilling for our business. Retailers of all sizes, shapes and geographic spread have reported an upswing in Sales during the just concluded Diwali festival. Mambalam aka T. Nagar in Madras houses the highest penetration of Retail outlets per sq. Km in South India. The estimated size of the Organized Retail business – Apparel, Jewellery and Household items, is expected to be over INR 10 Crores every day! This, from the top 20 large format Retailers such as GRT Jewellery, Prince Jewellery, Joy Alukkas, Singapore Mustafa, Pothys, Kumaran Silks and most importantly Saravana Stores –famously known as India’s very own Wal-Mart. This Retailer who has more than two locations spread over 300,000 sqft., spends a couple of Crores every year on Advertising – on TVCs, Radio, Hoardings at prominent locations near Railway Stations, Airport, etc. – with leading South Indian film stars as Brand Endorsers (and not just ambassadors). It may be recalled that Mr. Kishore Biyani (Founder and CEO of The Future Group) found inspiration for his most successful Hyper-business after spending a couple of hours himself looking at this store. 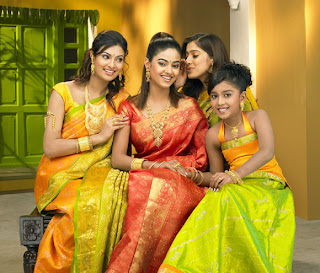 For the just-born, I was searching a nice cradle over the past days; I visited four to five outlets that carry children’s stuff but wasn’t satisfied with their collection. Home Centre, part of the Landmark Group doesn’t even keep cradles or kids furniture - that was disbelief. After a number of phone calls to friends and cousins, I landed up at “Saravana Stores” on North Usman Road (the newest location for the Retailer). Fully air-conditioned with two large elevators that could carry atleast 12 people at a time, it was amazing to see the way this Retailer conducts business. Parking was easy, as my visit was at 09.30 hrs, and a day after the Diwali festival. As we entered the store, there were half a dozen people near the automatic glass entrance to greet and guide us – something that’s rare to see at many large organized retail outlets. We enquired about our requirements and were directed to the third floor. Interestingly, the elevator stops every second floor – wow, what a strategy I thought. Great way to bring footfalls into the next floor as well as some savings of electricity! But most importantly, it proves efficiency – sometimes people use the elevator to go one level up or down and end up holding the equipment for long durations.

As we entered the shop floor – clear and white marble that show vividly even the smallest dust (or the one that shouldn’t be) - a sprawling 10,000 sft I guessed, I was simply awed by their collection. Over 20,000 or more products on a single floor! Every section neatly ear-marked with clear signage in black font/white background and atleast 60 staff members in just one floor – that’s a whopping “1 staff for every 150 sft” (usually it is 1 every 300 sft in India) – rather one for every customer who visits the section. The philosophy is simple – no provocative selling, but 100% service support. Ask for any assistance and bingo – its right there. And the cradles, as expected were at the end of the floor. After browsing through a dozen of them, we decided on one – a simple yet elegant design. In what I had researched over the past days, cradles could cost between INR 1,500 – INR 9,500. It could also get more expensive as the materials involved change/improve. Our case was simple. Buy something that looks classy, durable and most importantly worth its price since the usage is only for 12-18 months. Not to my surprise, the one that we chose was 30% cheaper than similar ones that I saw at many leading stores. I couldn’t take my eyes off the “Kids clothing” collection - hundreds of pieces stuffed alongside each other, yet the variety, and the design at such low prices was unbelievable.

So, how does this Retailer manage to procure the products at such cheap prices? The age-old philosophy of “volumes”. And the staff comes at a measly cost – they are mostly picked up from villages or smaller towns, brought to the city, put up in shared accommodations such as dormitories or hostels and also given food. Plus a monthly salary which is sometimes given on hand or credited into the accounts of their parents/dependents in their home town! Gradually, the staff picks the nuances of the trade and move on to other Retailers – for a better pay and future. Although attrition is not very high, the quality of the staff is not comparable to modern Retailers –but they serve perfectly to their key clientele (among which you and I are usually not).

During my stay in Madras, I also visited some of the famous F&B Outlets – Ratna Cafe & Saravana Bhavan most importantly among them. While the history of Ratna Cafe dates back almost three decades, Saravana Bhavan is over 10 years old with a good penetration in the city as well as abroad – Dubai, Singapore and the US. Ratna Cafe’s food is world famous – its recipe is every homemaker’s envy, customer’s delight and competition’s grudge. With such a lineage, they have a handful of outlets all across. I wonder, whether it is the financial backing (or the lack of it) or the family’s unwillingness to expand. Saravana Bhavan, which started as a small neighbourhood F&B outlet expanded massively – the basis of expansion was not merely availability of funds or willingness of the family that runs it; rather the acceptance of the concept by its patrons and customers. They changed the way people were dining in the late 90’s – self service fast food coupled with comfortable table-service dining – something that Madrasis were not used to in the pre-Pizza Hut/McDonald’s era and hence lapped up quite happily. And they enjoy some of the best locations in town – from neighbourhood residential areas to arterial roads, near Cinemas and popular shopping destinations. Ample parking for both two- and four-wheelers is an important plus point. 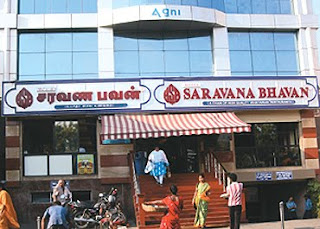 With so much Retail action and a couple of upcoming Malls, it’s tough not to miss this place. Look forward to coming back in my new avtar in 10 days from now!