- December 31, 2010
I read through my own article written exactly a year ago and I was able to realise the positive energy around me these days. Indeed, Retail is back in action and retailers are glooming. Employees of various Retail Companies are busy, scouting new locations, charting exciting Marketing Plans and working towards the best Customer Service possible. After all, consumers are happier too. The first instance where consumers stop spending during a slowdown as well as splurge their excess funds is in Retail and it was quite clear this year. Large Retailers have reported between 15-40% increase in Sales year on year. While the main challenge in 2009 for Retailers was to bring consumers to the Retail stores, it was increasing the wallet-share that was the key focus area in 2010. I should say that most Retailers have been successful in this regard, which is clearly visible basis the current mood in the economy.
The year started off a bit dull, until the union Budgets were announced. Housing Interests once again fell down drastically, pushing the economy at a higher pace. Automobile manufacturers passed on additional discounts and freebies encouraging consumers to buy now, buy more! Apparel Retailers witnessed higher throughputs, largely because the shopping cycles had reduced in the previous four seasons. F&B and Restaurant players witnessed the “bill values” go higher since people were spending more these days than earlier. Large international players such as Spanish Fashion Brand Zara and UK based toys retailer Hamley’s who had earlier shown interest in the Indian market, entered with large stores in Delhi and Mumbai and are expanding across other cities. French haute couture house Nina Ricci and shoemaker Christian Louboutin and Italian fashion label Max Mara are also eyeing India, according to Boston Consulting. Marc Ecko will launch the brand in the coming spring in a partnership with RPG Group’s retail flagship Spencer’s Retail Ltd, which plans to have in place at least five international alliances next year. Yesterday (on 30th Dec. 2010), Carrefour, the world’s second largest Retailer from France opened its door for shoppers at the most unlikely location at Shahadhara, in East Delhi. "The opening of this first store marks Carrefour's entry into the Indian market and will be followed shortly by the opening of other cash-and-carry stores," Carrefour CEO Lars Olofsson said in a statement. Bharti-Walmart opened a handful of Cash & Carry stores this year at Zirakhpur, Kota, Ludhiana and Bhopal, with a dozen more lined up for the next three years. 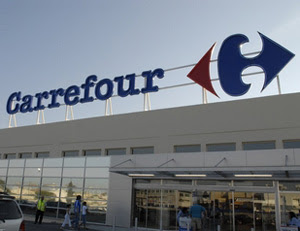 Meanwhile, Indian Retailers have been keeping pace with the speed at which shoppers have been marching. India’s largest Retailer, The Future Group has opened several large format retail locations including Central Malls, Home Town, Pantaloon Fashion stores and most importantly, the company’s flagship Big Bazaar. At the India Retail Forum held in Mumbai in September, organized by Images multimedia, the father of Indian Retail Industry Kishore Biyani responded to a question and said “The biggest lesson learnt is we cannot be everything to everyone and have hence aligned our way forward accordingly”. Cafe Coffee Day, India’s largest cafe chain crossed an important milestone in its journey – the 1,000th cafe and the numbers are growing month after month. Shoppers Stop, Hypercity and Crossword, all part of the K Raheja Group are expanding in a frenetic pace to reach out to the upwardly mobile whose incomes have rose 10-50% since the past year. Spar Hypermarkets and Lifestyle Department Stores are also expanding in their own right. Every Retailer in the country is on expansion mode and the overall optimism seems to be surging high. Airport Retail took a different dimension since the commencement of Terminal Three or T3 at Delhi. The largest airport in India at the moment, the Retail spread is something that’s indeed worthy a case study by itself in times to come. PVR and INOX are determined to entertain more cinema-goers this year with more screens & multiplexes. 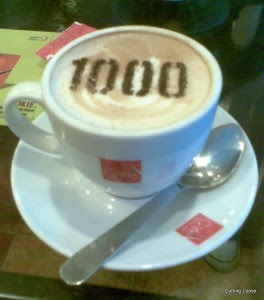 Alllll izzz Welll, one of the most popular songs of the year from Amir Khan’s 3 Idiots seems to fit well into the current Retail scenario. Atleast, that’s what everyone around seems to believe! After all, group conviction is the best way to win self-conviction... The year 2011 is expected to be a much better year for Retailers and for us in this business. My overall take is similar although I am personally treading with caution. As an industry, we have committed some expensive mistakes between 2006-08 and we should ensure that same are not repeated. With that, I would like to Wish each one of you a very Happy and a Prosperous New Year ahead. Happy Retailing...