Why IKEA will do well in India

It has been a regular discussion point in Retail circles about the imminent Indian entry of IKEA, the Swedish Retailer which is also the largest Furniture Retailer in the world with sales over USD 30 Billion. A few years ago, IKEA announced its plans to enter India but later withheld due to the unfriendly FDI policy and other regulations. Most recently, in July 2012, IKEA submitted an application to the Foreign Investment Promotion Board (of India) to allow its Indian subsidiary to operate its business in the country. Although FIPB and FDI norms allow multi-national Retailers only to operate a B-to-B business in India (Wholesale businesses like the ones followed by Bharti Wal-Mart, Carrefour & Metro AG), the much awaited Single-Brand Retail FDI which allows foreign companies to transact directly with end-users and consumers is expected to be announced soon. And IKEA sees merit in it. After all, the Indian market by size is one that cannot be ignored, about INR 100,000 Crores of which the Organized market is a less than 10%. Home grown Retailers such as The Future Group (which operates the Pantaloon Department Store Chain, Big Bazaar Hypermarkets and Central Malls among others), K Raheja Corporation (which also runs the Department store chain Shoppers Stop) and Landmark Group (of Dubai which operates Lifestyle Department Stores and MAX Hypermarkets) dominate the space with their respective ventures Home Town, Home Stop and Home Centre. The price points at which these furniture retailers sell is rather high – and rightfully so since that is exactly what the unorganized market doesn’t offer. Also, the life expectancy of such furniture is manifold compared to the “one time use and throw” offering from the not-so-Organized Retailers. And hence they have been thriving selling premium products.

IKEA is hopefully expected to be a game-changer. Its strength lies in design – easy to use furniture for day-today utility. For any furniture, its form factor and utility are the two most important aspects followed by its cost. “Product developers and designers work directly with suppliers to ensure that creating the low prices starts on the factory floor,” says IKEA Group spokesperson Josefin Thorell. Just one sentence in the IKEA website sums it all up: “We design the price tag first and then develop the product to suit that price”. The furniture powerhouse with 330 stores worldwide obviously doesn’t like to mince words: it’s an out and out price warrior in all the 41 countries (India will be the 42nd) it operates in. At the heart of the strategy is the concept of do-it-yourself (DIY) furniture which means buyers have to assemble different pieces of the product themselves. The ‘flat packs’ design helps the retailer to sell them at lower prices. A customer has to take the delivery of the product and assemble it himself. 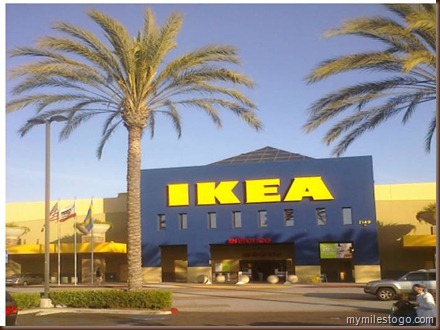 Furniture is used everyday in some form or the other and hence it is most valued for their usage. In the Indian context, furniture, like jewelry is always expected to be passed on down the generations. At my own home, I have a forty year old chair that my grandfather used. And original Burmese Teak wood almirah doors which once adorned the cupboards of his palatial house. And there are millions of them out there like me who maintain their hereditary furniture in India. It is indeed almost a custom. But things are changing, rather evolving. With more and more people moving out of their home towns to larger cities in search of education and employment, the need for simple, usable furniture is on the rise. Also, with transferrable jobs across the country, given the overall market boom, urban dwellers don’t prefer to invest heavily on movable furniture. They would rather buy those which can be easily discarded, usually to their drivers, maids, helpers, etc. And this is where probably IKEA becomes an exciting idea!

The DIY concept is another unique thing about IKEA which would do well with the youngsters – the Indian population has over 65% of them under the age of 35. IKEA sells pre-packed boxes of furniture and not assembled ones, thereby saving precious retail space at their outlets. While the turnover in this business is huge, margins are wafer thin. And real estate costs don’t help either. The DIY kits would hopefully do well among the majority of users who are youngsters. They like adventure and setting up a Dining Table or a Wardrobe would be pretty exciting. Also, to manufacture in the form of flat panels is mammoth effort, which is where IKEA would initially focus their efforts on, which is also their inherent strength.

Apart from bringing down prices substantially, IKEA is expected to bring in great designs with it while entering India. Fancy book shelves, cupboards and many other art forms would be a sure hit among consumers. With their maverick pricing strategy, they would also be taking on the local businesses head-on. However, there seems to be room for atleast half a dozen large players, so the market would respond well to them.