The week leading up to Deepavali was perhaps the most exciting times for Retailers. From Apparel to Consumer Durables, Motor cycles to Cars, people would flock to Retail Stores with their savings of the year. The period around Deepavali, which normally comes in the latter half of October or early November and the entire 3rd Quarter of a financial Year would contribute over 50% of Retail Sales for certain categories like Television sets, Refrigerators, Washing Machines etc. This was the trend through the 90s and the new Millennium.

Cut to mid-2000s, the evolution of Mall culture in India has been rapid, with over 1,000 functional shopping centers across the country. For every 3 new malls that open, 1 perishes and the trend is worse in certain cities, which were over-hyped by the Real Estate fraternity. The good part of Malls is that they provide customers 365-day access to regional, domestic and international brands. The footfalls used to be far higher in Malls a decade back than today – in act, today it has halved on an average to say the least. Since the prevalence of E-Commerce over the past 5 years, there has been all round the year discount on Electronics and Apparel which means customers are shopping more online than before, while the overall market growth has been tepid with Organized Retail registering a CAGR of 6-7% over the past few years. After MRP adjustment due to Inflation, there is hardly any positivity on the bottom-line numbers and Retailers have been struggling over the past few years. The Balance sheet has been strained a lot and to keep the monthly and quarterly Sales numbers looking up, Retailers have been offering various incentives to Customers all through the year. 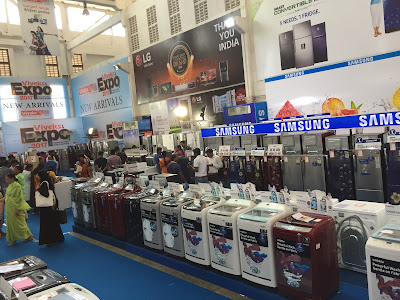 The fight-back from Offline Retailers against Online Retailers has been merely on the price front which E-tailers have been managing all the while thanks to Wall Street funding in billions in the sector in India. That no E-Commerce company has been profitable in a decade (almost) nor have they been sold / acquired at a premium says a story that’s still unfolding.

So I set out this Deepavali to various retail stores to see what’s brewing and how the market is operating. The Offline Retailers are a worried lot. Fewer people are coming to their stores and even fewer are actually shopping. The bill values have halved in 5 years with customers picking lesser number of garments per bill. Consumer Durables retail is even worse with round the year launch of new models, availability across modern retail chains and low prices through the year. The best was saved for electronics, perhaps. I walked in to a retailer of mobile phones and enquired for an iPad. To my shock and surprise, he suggested I buy it online since the prices are far lower than his procurement prices. 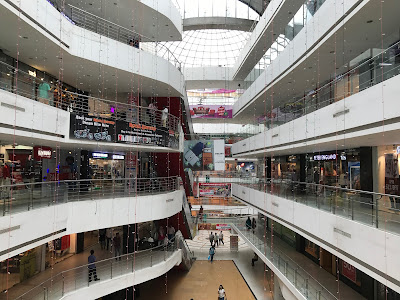 Deepavali Retail Sales 2017 has been more smoke than fire, I guess. Local Retailers have taken full page Ads making Vinit Jain & Co. richer by a few hundred crores but the desired result is obvious that it has not translated in to incremental Sales. Smaller Retailers, with less than 3 shops are even more worried due to liquidity, cash crunch and rising debts. I never imagined that Retail would see such a gloomy period, but this is only getting more real.
consumer durables customer Deepavali demonetisation gst organised retail Retail Retailers sales shopping