I started my 30-hour 2 Credit Retail Management Elective Course at BIM – Trichy for the 40-odd sophomores who are completing their 2-Year MBA shortly. On my first session last Thursday, I was having exactly the same nervousness addressing students as was on my first session I took 15 years back at a B-School in Bangalore which was more of a one-off Guest Lecture. As with all the time, a few students asked me in the plenary session about the potential threat of Organised Indian players towards the 12 million+ Kiranas (Mom & Pop run) retail stores in India. And how the International Retailers and the fastest growing segment run by E-Commerce Retailers (despite their humongous losses) will fare in this game. 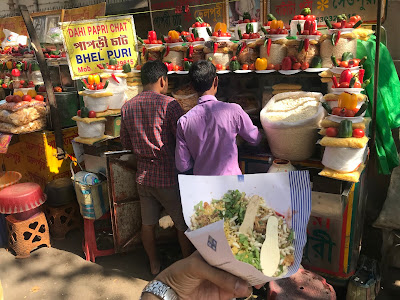 Like in my past lectures, I invoked the story of David & Goliath and asked who really is the Goliath which elicited mixed responses. In my humble opinion, the Kiranas and small and marginal Retailers are the Goliath up and against the modern retailers. Their collective opinion-making (and vote bank) has found the flavour of the Politicians and ever since the starting of this Millennium when International Retailers heading India-wards, there has been growing unrest over Foreign Direct Investment (FDI) in Retail. The decade long UPA Government kept assuring to the small Retailers that their interests would not be compromised and the just about to conclude BJP Government has also ensured policy policing for the five years although by balancing the two power centres. While FDI in single-brand retail is allowed up to 100%, FDI in multi-brand Retail is controlled with a majority ownership by an Indian entity and no FDI in E-commerce at all, except for marketplaces.

A growing economy like India needs FDI in many Industries and Retail is not an exception. While we keep telling ourselves that India is unique and that Indian consumers have a completely different attitude towards shopping, there is much to learn from International players, from the West, East and everywhere else in between. Having spent the last 22 years in Organised Retail, having grown with the Industry and with a notable and rich experience at Leadership levels at some of India’s home-grown top Retailers, I can say with confidence that no one is going to take away the opportunity and market share of the Kiranas. 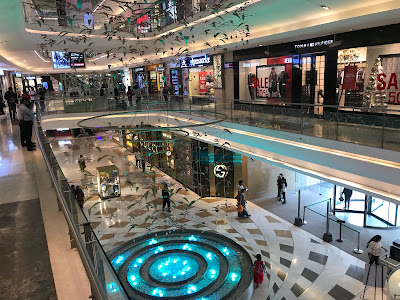 Metro AG, among the world’s largest Retailers and from Germany stepped in to India in 2002. The Retailer made profits in India recently after a presence of over 15 years and has assured a long term game plan for the Indian entity, which doesn’t sell to end-users rather only to Traders, Shopkeepers, Kiranas and anyone who prefers to buy in bulk. The coveted Retailer was recently called upon by DPIIT to work on a model that would help the unorganised to get organised, calling for a paper which could propose better fortunes for the marginalised retailers who mostly lack technology support for billing, reordering and consumer connect. Quite similarly, Wal-Mart which entered India in 2008 has been building large warehouse-styled Retail stores where it sells directly to Kiranas, similar to Metro. Walmart India provides a lot of information and support such as a native seller-marketplace for the Kiranas to reach their Customers, Sales associates who visit the Retailers with a Tab to get their instant orders and also arranges for delivery where possible.

Reliance SMART (now being renamed MART) has done a similar thing while what it does differently is that it also opens its doors to end-consumers for shopping, a rule in the law book which allows home grown Retailers to do so. Being Indian companies, Reliance, D’Mart and even the Future Group have the opportunity to sell to Resellers and have created independent business units to cater to this need. The FMCG business of the Future Group is now the largest contributor across many categories at the Big Bazaar stores. Online players like UDAAN have created an e-commerce platform where small Kiranas can order products on the App which then gets supplied by wholesalers from across the India to the local store, perhaps even 1,000s of kilometres away. UDAAN connects the two and makes a small profit in the process, a much laudable initiative indeed. 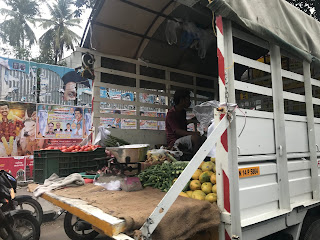 So, are the Kiranas at an undue disadvantage despite all these advancements, provisions and support by Organised Retailers? Perhaps not. There’s a lot more work to be done to support the smaller retailers, beyond business interest. Ultimately, the SME Retailers are consumers for many other categories, so when they prosper, the economy also does. And Retailers increase their pie.