More than anything else, I once again learned to unlearn a lot of things in the year that passed by that was 2020. I learned, yet again, that Change is the only constant and over time, we realise that “Change” in any form is good. Honestly, when I look back 365 days behind as the train was chugging in to the Mysore Railway Junction on the morning of 3rd Jan. 2020 around 7.30am, little did I realise that I would come this far. I was on my way to take up the new assignment at Kushal Nagar as Vice President of Sales & Marketing for Levista Coffee, where the parent company SLN Coffee Pvt. Ltd. is head quartered. As always when I take up a new assignment, I went with an open mind, so I can learn as much as I could and decided to take up the new role, one day at a time. Within a few days, I had settled down in the Company’s Guest House in Bangalore and spent a good amount of time trying to understand the various aspects of our business, Industry, colleagues, external & internal stakeholders. 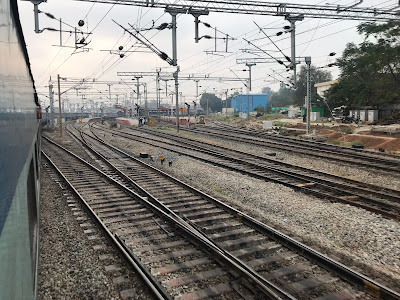 I would avidly look forward to returning to Chennai where my family lived. And it was quiet emotional for me to leave on a Sunday night often even as the kids would get in to all gloom for not being able to see me in person for 2 weeks or so. Until one day, everything turned topsy-turvy and life took a 180-degree turn. U Turn, if I could say so. From mutually missing each other, at one stage it felt like an over-dose (not really!) that we spent 150 days precisely under one roof, thanks to continued lockdowns. In the first 2 weeks of the first Lockdown, life came to a standstill, literally and figuratively. None of us had much to do other than watch News channels in multiple languages to get different perspectives. By mid-April, there was some action slowly on the work front but still we were all locked up at home with limited chances of stepping out, even to shop necessities. 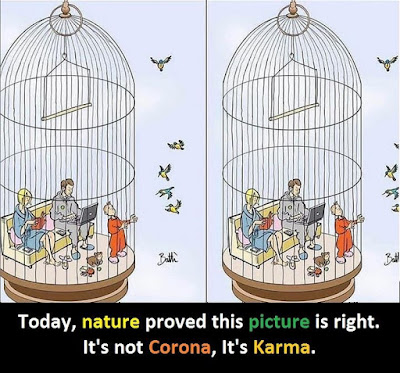 A chance visit to a local retail store and my Father seemed to have picked up the dreaded Coronavirus which eventually moved on to my Mother. Little did he realise and when he visited our home one fine morning to deliver vegetables, we panicked and rushed my parents for tests which proved positive. Meanwhile, my daughter picked the infection from him, her sister from her and my wife from them. I tested “Negative” being O+ve (or for some strange reason) and was blessed to take care of the family for the next four weeks until things settled down albeit very slowly. However, it was in May ’20 that Levista achieved a historic highest monthly sale followed by another historic Sales milestone in June. And I was here, in my bed as I write this article, seven months ago when all members of the family were fighting an unknown infection. 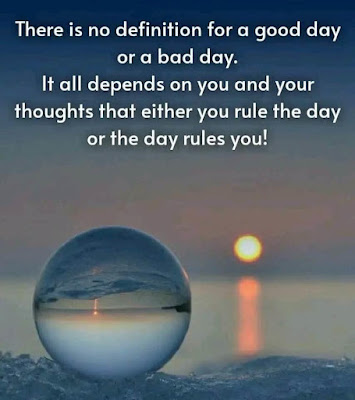 The fact that we as humans were so vulnerable and life is too short was a shot in the arm for me from those days and I vowed to be ever so grateful and thankful to the Creator and Mother Nature for bestowing whatever we have today. From sighing that I had lost crores of rupees on my StartUps over 5 years since 2014, to being happy that my Parents came back home in flesh and blood from the hospital after treatment and that my wife recovered though slower than anticipated was the last nail in my box of worries. From that day onwards, I have been the happiest if all members of my family woke up the next morning and lived a basic, normal life. 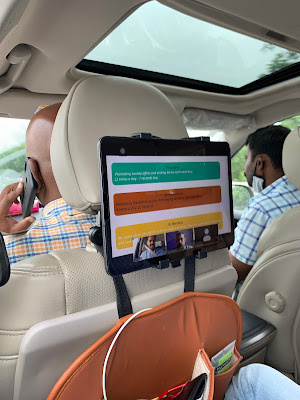 My second XUV500 AT was 2 years old when I joined Levista. This was my sixth vehicle in 15 years after self-driving over 2,75,000 kms all by myself across India on work & leisure, I was contemplating an upgrade to a more posh German beast in the coming months. That’s when I had to call a mechanic to jump start the engine of my beloved XUV whose battery went dead due to no usage for weeks together! How things change… From planning to buy a new car, I decided to sell the XUV so I can save on the EMI since I had almost NIL travel during those 6 months. I ventured out from home on the 151st Day on 10 Aug. 2020 to Bangalore well equipped with E-Pass for an Up and down Travel and have driven 13,600 kms till date on my beast ever since. The entire discussions of Levista’s partnership on Bigg Boss Tamil Season 4 feat. Padmashree Kamal Hassan was decided and finalised during one of those long drives between Bangalore & Chennai. Every 40-50 mins, I would stop at a Toll Booth and make calls, internal and external to seek views. What a drive this has been – I mean the ones to Bangalore / Chennai as well as life overall. And many such discussions while the Office driver was behind the wheel including Zoom Calls with my iPad perched behind the seat. 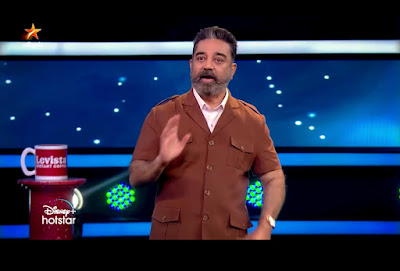 In the middle of Nov. ’20, our team completed the total Turnover of FY 19-20 and that was a moment to celebrate with fellow soldiers even as they ventured out carefully everyday those 8 months fighting an unknown enemy that Covid-19 is. A big round of applause and hearty thanks to their family members for allowing their beloved to go out and conquer the world. As is the case of MS Dhoni, I realised that all the noise in the stadium (read: my surroundings who kept cheering and booing me!) was insignificant as long as I don’t take it too much to my heart. As Lord Krishna says in the Bhagavad Gita, don’t get very upset when something unfortunate happens and don’t get too ecstatic when something very cheerful happens. Easy to say for you, Dear Lord as you are the Creator and we are mere mortals. 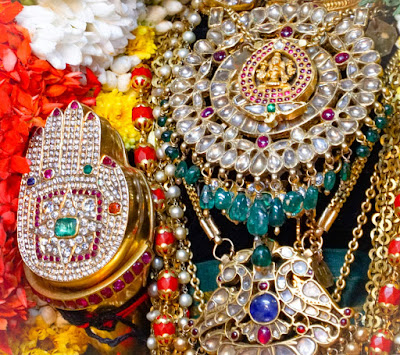 Listening 15 mins daily about the epic Mahabharatha narrated by a noted and eminent scholar Velukkudi Shri. Krishnan helped me immensely for the past 225 days. In his daily bulletin, he would move the story as written by Guru Shri Veda Vyasa and narrated by Sage Vaishampayana to King Janamejaya. It was so timely that there would be gems every few days which had a direct impact on my daily life, personal and professional, that it was surreal to hear those advices.

Even as I ended the Calendar Year professionally with a first ever Virtual Media Launch on 28th Dec. ’20, with our new flavours of coffee and the much awaited mass market variant - Levista Supreme Instant coffee, it seemed to be a memorable, meaningful and a successful year that I completed, much to the chagrin of my detractors, happiness and joy of my well-wishers and with the constant love and encouragement of my immediate family and a few close friends. Without the unstinted support of my Management and my colleagues at work, this journey wouldn’t have been this smooth – even if I wish to call it so. It certainly has been the fastest, toughest and perhaps the most fulfilling professional journey I have had in the past 24 years in Consumer Retail. 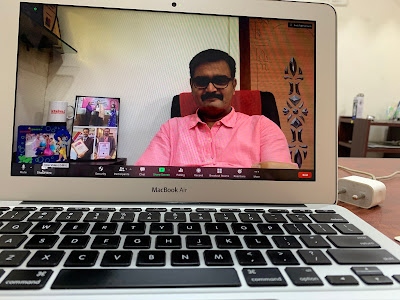 I started the year (lockdown) with virtual classes for MBA students whom I was teaching offline until Mar. ’20. Over time, this virtual address became a way of life with me having spoken at over a dozen Webinars as well as my 4th consecutive year at BIL Trichy teaching the Retailing Elective for the second year students. While I didn’t miss my walk through during the lectures – my laptop screen would be off and I'd keep walking in my room as I gave the lectures using my bluetooth earphones, I really missed my campus stay at the guest houses, the morning walks within the sprawling BHEL dwelling in Trichy, the food feasts and of course the much awaited train travel. And yesterday, I addressed over 100+ MBA students of XLRI Jamshedpur, a session which I must have presented at the campus in the third week of Mar. ’20 to the previous batch. 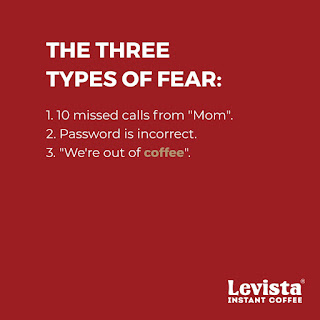 Of all things, I learned to appreciate life as it is; from what we have to seeing what others didn’t have and to compare ourselves to be blessed than them. We cannot change the system, the nature and destiny. But we, as humans are blessed with the knack of converting adversities in to opportunities. That’s a choice we all wake up with. For Ex., I sensed an opportunity that the Out of Home Coffee Consumption and Workplace Coffee consumption could be coupled with incremental household consumption, add to it the WFH woes and the initial days of adjusting to the new normal. After 8-9 months, it sounds boring to hear or to utter the phrase “The New Normal”. It is, rather “normal” and it shall be so all along now. 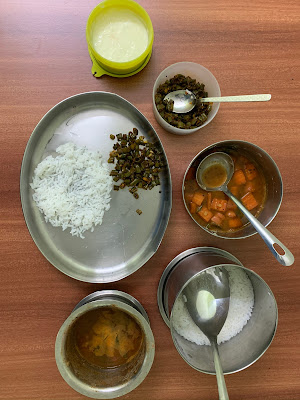 While I didn’t have time, rather didn’t make time to learn a professional course or start gaming on one of my i-devices, "i-learnt-cooking" was perhaps the proudest moment for my me and more for my Mom rather, who still is unable to come to terms that I could take so much interest in this “art” which she has been an expert at that I have shown no interest for the past 30 years! Other than exploring life from different perspectives, it’s been a yet another adventurous year for me. So, thank you 2020. I am clear about my destination by 2030. But until then, I shall enjoy the journey every day. As I always say, the Journey is as important as the Destination. #Miles2Go 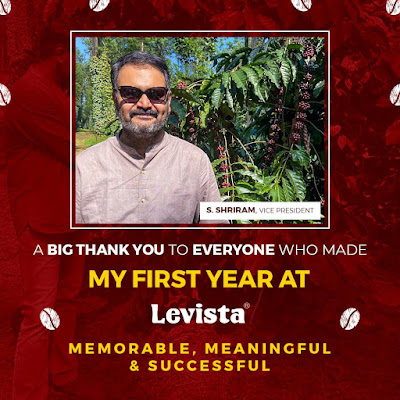