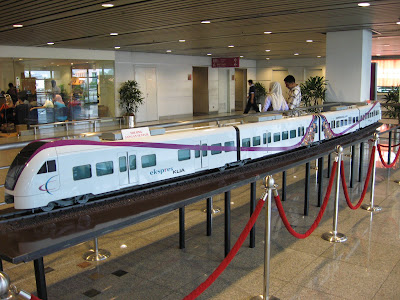 I had been to Kuala Lumpur, Malaysia last week to speak at a Conference. This was my second visit to KL, although my previous visit lasted only a few hours – my former colleague and I had gone to attend a business meeting and returned the same day. There is something so special and magical at KL – it’s traditional yet modern; slow-paced (compared to many other cities in SE Asia) but fast in its own way. What I loved the most about the city was its infrastructure – right from the Airport – the gateway to any city or country to the skyscrapers – I could just say Wow all over. I was told that the Government has allotted an area admeasuring 10*10 sqkm for the Airport which handles over 25 million pax a year and is rated No. 1 among its peers in the segment. There is a High Speed Rail from KL International Airport to the City Centre; a distance of about 60 kms covered in just 28 minutes. And the best part is the rear side if the ticket thanks the user for helping reduce the Carbon footprint (compared to, if one had traveled by road which would take between 60-90 minutes!). And the train ride takes just about MYR 35 – that’s about INR 420 or USD 9. Superb. And Efficient. Something similar to this has been underway in Bangalore too and we hope to see this soon. 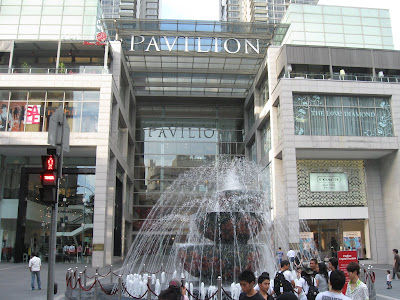 There has been a good penetration of Retail in this city – from mainline bargain retail to premium Department stores to High – End boutiques! The city offers so much as one can take to the city's residents as well as the millions of tourists who throng the place every year. One such latest addition to the city is the Pavilion Mall. A magnificent piece of architecture hosting some of the classiest brands spread across seven floors with massive parking lots. The most brilliant element is the layout itself. And for the first time, I saw that the Brands on the ground level had access from the roadside as well as from inside the Mall; something that’s uncommon in India as the Mall developers here believe that shoppers would in that case, avoid visiting other outlets than the ones that they originally planned to. 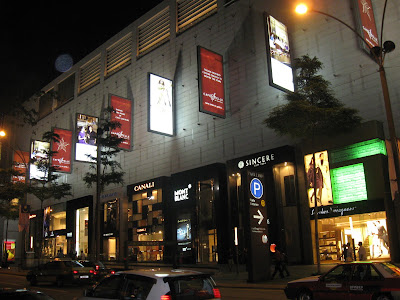 Look at the view from the main entrance – an attractive line-up of Shops across levels and the Atrium put to its best use! There was a promotion related to Hennessy XO and was inviting curious onlookers to have a glance of what the special beverage is all about. And the colorful row of outlets across all floors which is visible from every nook and corner of the mall makes it quite an interesting view. The walkways do not have corners or ends – they gradually swirl and that makes it smooth while shoppers are walking. The top most floor – is aptly named Seventh Heaven; it features some of the best in class personal therapies. 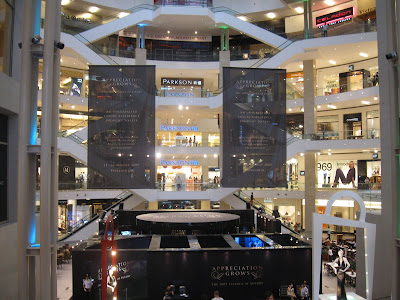 And the best part is the basement floor. I have never seen such an eclectic mix of F&B Brands across various malls in South Asia. Food Republic, a chain of food courts in this part of the world operates the larger portion of this floor which boasts of street food from almost every popular Asian city – perfect in taste (apparently) and easy on the wallet. In fact, this is the only floor that had the maximum number of people than anywhere else in the Mall… Apart from this, there is a full floor dedicated to gourmet cuisine – from Japanese to Indian to other favorite Asian and International varieties.

The only thing I never understood quite well was that the Mall was one for everyone –From the Tangs Department Store mainly targeted at budget consumers to the marquee ones such as an Omega/Rolex Mono Brand Outlets, Gucci/Prada Boutiques and so on, the Mall has everything for the discerning shoppers. But the Question is whether such a model will work? I am not sure about the way people shop in Malaysia but in India, I doubt if it would. I don’t buy the logic that budget shoppers would get enticed into the Brand Boutiques or Gourmet Restaurants. As I write this article, there are not too many such malls (atleast that I know of). But I know of something that’s coming up. Will do my research and share my thoughts again. For now, Selamat Datang in Malaysia, ie., Welcome to Malaysia! One of the most tourist-friendly locations and one, that’s very Asian, as their campaign goes! 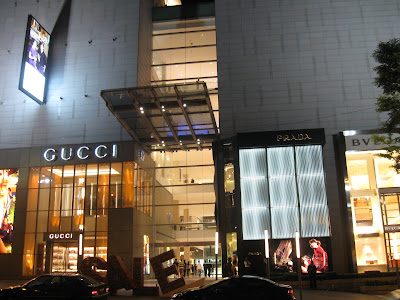