We sold 40,000 cameras, 7,000 laptops and 8,000-9,000 LCD Tvs, during the 23-26 weekend, proclaimed Mr. Kishore Biyani last week, Founder and CEO of India’s largest Retailer, The Future Group. This property famously created as “Sabse Sasta teen din” or “Cheapest three days” six years ago, was experimented at the Big Bazaar Outlet at Lower Parel, Mumbai among others and has hence become a national rage. This year, over 120 outlets of Big Bazaar spread all across the country participated in this challenge. Over the past few years, the other formats of the group have also joined the bandwagon and this was vividly seen this year. The idea apparently stemmed from a simple fact – that consumption in India is driven largely based on two needs – a regular monthly need and a festival/event related one. So, there was monthly shopping of Grocery and Household items and the 2-3 times a year festival/event shopping – Diwali, Id, Christmas, Wedding, Birthday, Anniversary, etc when consumers shopped for Apparel, Electronics and other Home needs including premium and luxury products. The Group wanted to create a day (or rather a period) where consumers could shop without a specific reason – and only for the value and related happiness they derive. Thus was born this unique concept. 26th of January is India’s Republic Day, a national holiday which is always one or two days around the weekend and is usually considered as a long weekend since many take one or two days leave from their work places to spend more time with their family and friends. 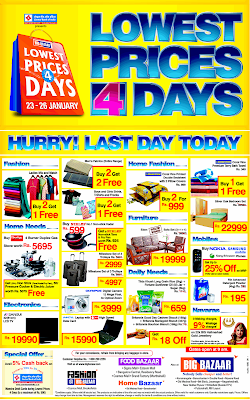 Many industry experts have compared this to Boxing Day/Thanksgiving Day like in the West. These are specific days of the year when consumers throng to Retail stores because products are available at the cheapest prices. While most products are outdated or out of season, consumers still see value in the offering. For example, a laptop for home use which would usually cost $ 900 would be sold at say, $ 600 – and this is only for a day. So, consumers plan their purchases in such a way that they wait for the shopping season. A lot of research on the topic has revealed that more than 30% of such products purchased during these times were inconspicuous consumption – the customers didn’t really want them but bought only because it was cheaper… Consumers are the same everywhere – from Amsterdam to Ahmedabad, Bangalore to Boston, show them “value” and they would buy even if they don’t need it immediately. Thus, the value formats of The Future Group, namely “Big Bazaar” & “Food Bazaar” have seen a huge spike in sales. 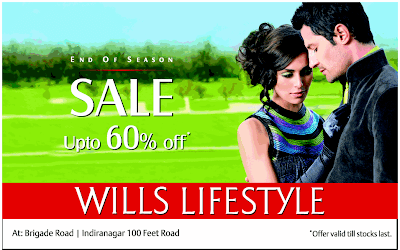 What confused many of us in the industry is that this concept has been blatantly followed by many other Indian and even International Retailers who are not in the “value” retail formats. Apparel and Department stores were offering discounts, and so were the mono-brand fashion retailers. Electronics saw a huge surge in discounts, with a number of bundled deals and lowest prices for the period. While the offers were tempting enough for consumers to buy, was there a long-term approach in these efforts? Probably not. Beyond a point, discounts will not increase sales but will only decrease – what is famously know in Macro-Economics as “Law of Diminishing Marginal Utility”. Over a period of time, consumers will refrain from buying at full prices and will wait for the discount season. Yes, I agree that this country has over a billion consumers and thereby throughout-the-year shopping will exist, however this would do more damage to the brands' reputation, especially fashion and luxury, in the long run. 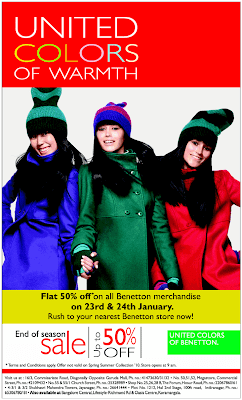 The End of Season Sale or EOSS is usually just around Christmas globally but in India, the cycle was a bit behind – many Retailers were planning it around Valentines Day (14th Feb.). But this has also changed of late. Many Indian Retailers have already started their EOSS in Jan. and there seems to be a mad-rush among them for the customer’s wallet. With all the brouhaha around discount shopping (my forthcoming article would delve deeper into this), consumers are smiling away to glory having got the best deals due to intense price-competition among Retailers. So, what happens to the Brand Equity of these players? Would consumers continue to shop at full-prices when they know that the same brand is available at a discount in the near future? Watch this space…