Low Cost: It’s all about perception!

- June 15, 2010
There is a famous saying doing the rounds in recent times: 19th Century globally was about roadways, 20th century was about railways and the 21st century is all about airways. How true!

Mainline media was abuzz over the past weekend about the most recent development in Indian Aviation – Sun Network owner Kalanidhi Maran had purchased a strategic stake in his personal capacity in Spicejet (IATA Code: SG), the second largest low-cost airline in the country by market share. While the deal has been on the table for over 3-4 months, the timing couldn’t have been better. Passenger and Cargo traffic is at an all time high since late – 2008 after the global recession and the US sub-prime crisis. Major airports such as Delhi IGI, Mumbai CSIA and Bengaluru International Airport are squeezed for space and the check-in / security queues during peak hours could take as high as 30 minutes per person. Spicejet, apart from other low-cost airlines such as Indigo, Go Air, etc. have been in operation for around five years, ever since the first low-cost airline in India, Air Deccan was launched. It has carved a niche for itself with its on-time performance and crew service standards just like its main competitor, Indigo. Jet Airways, India’s premier airline and Kingfisher, the only five-star airline in the country, also have their respective low-cost avatars, Jet Konnect and Kingfisher Red respectively, which directly compete in the same price segment. 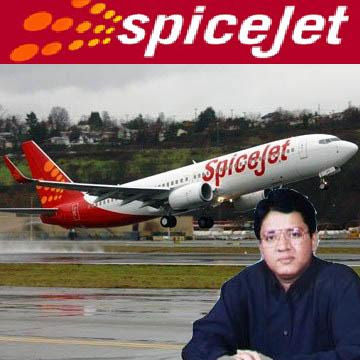 So what’s with a media baron who is the leader in his own right in TV (Sun TV networks), Radio (S FM), DTH (Sun Direct) and many other related businesses got to do with Aviation? His critics slammed saying he lacks experience and exposure in the business to which he replied “CEO needs core competence; Chairman needs foresight”. Well said Mr. Maran. After all, he had purchased an entity which was operating in the low-cost segment. The concept of low-cost and low-fare have been misread in India for some time now. Air Deccan was actually low-cost and low-fare – the airline had minimal usage of resources (human and others) compared with many other scheduled airlines such as Air India and Jet Airways. The in-flight services were minimal and water for drinking was being sold – contrary to an almost Indian way-of-living “Athithi Devo Bhava” (Guests are treated like God). World over, low-cost airlines are the ones who are faring well even during the slowdown. That’s because their business model is like that. Scheduled airlines in India are competing on price but retain many other value-added services, which is what costs them and like how! A quick comparison between various airlines revealed that the fare difference on low-cost and scheduled airlines between Bangalore and Delhi if booked a week in advance is not more than Rs. 800/-. While Spicejet and Indigo offer the ticket at Rs. 5,476, Jetlite at Rs. 5,497/-, Jet Airways at Rs. 5,548/- and Air India at Rs. 6,210/-. 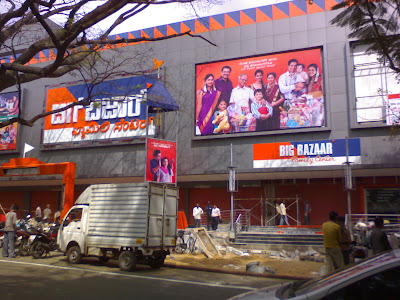 There is a lot that can be compared between Aviation and Retail. Global experts on Macro-Economics say that for a buoyant economy, Aviation must grow twice the rate of the national GDP. That’s been the case in India since early 2000s, barring a few months of turbulence since mid-2008. The same applies for Retail. Both industries propel consumption and reflect growing consumerism and aspirational affordability; both bring in healthy competition and the uncompetitive are flushed out within a few years; both Industries grow only by scale – larger the number, higher the economies of scale. Both industries are a favourite for international players driving FDI into the country. Both provide direct and indirect employment for thousands of people (although aviation globally is reducing the number of staff per 1,000 pax, this number would continue to remain high in India due to localization issues). And both can work pretty much independently without Government support although policy decisions do affect the functioning of the industries. 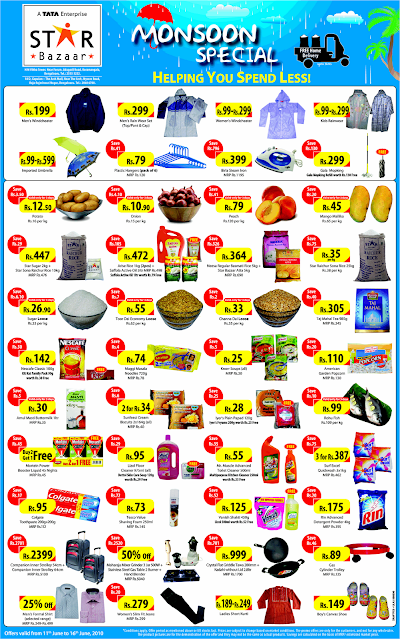 Organized Retail has been growing at over 15% CAGR for leading retailers ever since they came into foray during the last decade. The highest growth has been for retailers nicknamed “Hypermarkets” led by Big Bazaar, a Future Group entity that commenced business in the year 2001 at a nondescript VIP Road, east of Calcutta. And the rest, as they say has been not just history, but historical! The group has managed to open over 140 outlets, over half of which were during the past 4 years. Other players in the same business include Hypercity (by the Rahejas), Star Bazaar (by the Tatas), Reliance Hyper, More (by the Birlas), Spar (by the Landmark Group of Dubai), Total (by the Jubilant Group), Easy Day (by the Bhartis) and many other local and regional players. The idea was simple – lease a big box location; project the business as low-cost, sell atleast 100 items at the lowest price possible and communicate the same en-masse. By attracting thousands of shoppers to visit the store, Retailers look to sell their products in large quantities thereby managing better economies of scale. The business would become profitable over a period of time, but only with more number of outlets selling more SKUs.  Not all the items in a Hyper are always low-cost; At the end of it, it’s all about perception – of Low-Cost. Hypers reinforce the fact that the key household items are below the selling price in the local markets; this acts as a bait to attract shoppers to visit the store. Over a period of time, consumers get hooked to the idea of shopping in a relaxed, convenient, hygienic environment where they could also save some money!
So whether it is a Low-cost airline or a Hyper, its all about perception. And there are many who are trying it hard. Only some will succeed. After all, those who do so will have people at the helm with foresight. It surely helps.
Aviation Bangalore International Airport Big Bazaar Delhi Airport Easy Day FDI Hypercity Hypermarkets Low-cost Mumbai Airport Reliance hyper Spar Spicejet Star bazaar Total