The Third Place just got costlier! 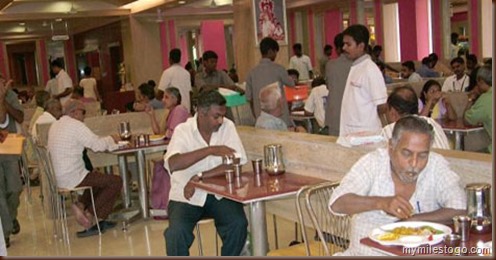 On Monday, 29th April 2013, The Tamil Nadu Hotels Association (TNHA) observed a one-day strike to protest against the Central Government’s decision to impose Service Tax on their businesses. Speaking to the media, TNHA President M. Venkadasubbu said, “The TNHA had taken the lead to organise similar associations in all states in this regard and a federation, the Federation of Hotel Associations, had also been formed for the first time in the country.The announcement of Service Tax was made by India’s Union Finance Minister Mr. P Chidambaram in the Union budget and had already come into effect, beginning this month… (April 2013). The Service Tax of 12.36 per cent levied out of the 40 per cent of the sales proceeds is illegal and a big burden on consumers who are already forced to bear the brunt of price escalation due to inflation. While the hotels and restaurants were already paying VAT ranging from 2 to 14 per cent, the new Service Tax levied by the Central government would amount to double taxation,” he said. ‘This problem of double taxation was discussed at a meeting organised by the Federation of Hotel Associations (comprising office bearers and representatives of hotel associations from all states) in Mumbai last week and a unanimous decision was taken to launch a nationwide bandh if the Central government did not roll back the Service Tax.’

Eating out has become extremely expensive over the past decade. I remember, when I was in Graduate School, with pocket money of less than Rs. 300/- per month, we could meet most of our out-of-home expenses including filling fuel for our bikes. Not so these days. The purpose of having a meal outside home, The Third Place as it is called is not just eating. It’s all about building camaraderie and relationship/bonding with family and friends. Ray Oldenberg defined the third place as an alternative to Home and Workplace in his research paper in 1991. Oldenburg calls one's "first place" the home and those that one lives with. The "second place" is the workplace — where people may actually spend most of their time. Third places, then, are "anchors" of community life and facilitate and foster broader, more creative interaction.There were already numerous such spaces all over the world. Cafes, Restaurants and other Eating Spots are among the most sought after third-places. In India, cafes and eateries have burgeoned all over the country in the past few years. Café Coffee Day, India’s largest café chain has over 1,400 cafes across the country. Starbucks, Costa, Coffee Bean and Tea Leaf, Gloria Jeans, Mocha and many other such international and domestic café chains have their outlets spread across major cities, providing an opportunity to people to hang around and discuss everything under the sun – from personal banters to professional meetings to matrimonial discussions, one can find all of those out there. Apart from Coffee Shops, there are over half a million eateries of various shapes and sizes across the country which provide Food & Beverage options. For nuclear families, eating out is one of the biggest entertainment these days, what with very little time to spend with the family! 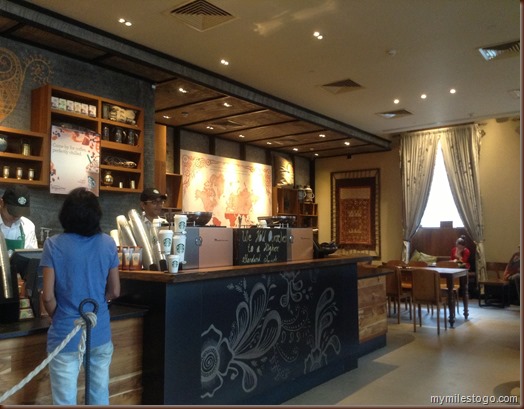 With the proposed new tax, food bills are expected to go up significantly to consumers. For example, on a bill of say, Rs. 1,000/- for a family of four, the Value Added Tax ranges from 2-14%, so lets assume its on an average of 8%. So, the bill goes up to Rs. 1,080/-. The service tax of 12.36% is applicable on 40% of the Sales, so that works out to Rs. 49.44, rounded off to Rs. 50/-. Hence the total bill to consumer now is Rs. 1,130/- just because this family chose to eat in an air-conditioned restaurant…where such a tax is applicable. The definition is quite clear – whether serving F&B in an air-conditioned area is a sale or a service. As per the recent amendment in the Law, its both. While food is cooked and sold, it is also served (by waiters) and hence considered a service. Also, the a/c facility is meant for seating and consumption, thereby making it amply clear that it is indeed a service. While this rule will bring about encouraging revenues to the Government, those that are meant to suffer are the middle-class consumers. For students and youngsters, visiting their favourite coffee shop or a fast food joint would get more expensive, thereby creating a dent on their pocket money. However, for the affluent and well to do, the proposed hike may not mean much, given that their spending power is relatively higher. In most cases, such individuals / families don’t even check the bill – probably pay (usually by a credit card) and sign-off.

While inflation and cost of consumption have gone up significantly, the income rates haven’t gone up proportionately. This has left the middle-class with fewer options for recreation. And Eating joints may not be the most preferred Third-Places anymore! For F&B Retailers, it means reduced number of visitors. And business too.