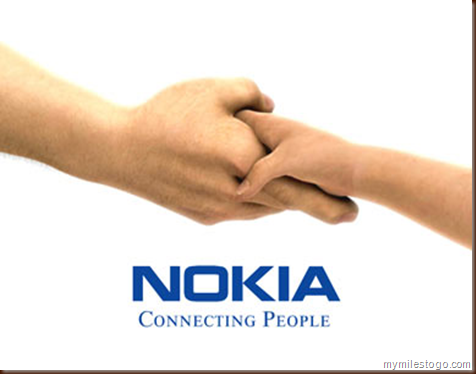 “The problem with you is that you are atleast 5 years ahead in your thinking as far as Retail trends in India are concerned”, a former colleague of mine whom I don’t wish to name quipped many years ago when I was setting up the Retail business at Bangalore International Airport. This is a forum that records Retail thoughts and not meant for self-propaganda, but when I look back, it seems so true of what he had said. Even now, I am working on certain concepts and ideas which are years ahead of what others in the business are doing, much to the annoyance sometimes of my colleagues and business partners. Those who have worked with me / have known me for quite some time would certainly agree to what I am saying. And Nokia is a case in point.

Nokia,which enjoyed an over 70% market share around 2004 in India had experimented with various retail formats such as Nokia Distributors cum Retailers, Nokia preferred Retailers, Nokia Priority Centers and exclusive Nokia dealers. In 2004, they opened a new format called the Nokia Concept Store at Church Street in Bangalore. This was the time that call rates had dropped to low single digit rupees and consumers were lapping up mobile handsets like never before. The beauty of this Concept stores was for the first time, Nokia models that were kept on display were not dummies. They were real ones which the user could actually touch and feel, they way it would be when they owned it. The store was a super-hit. I upgraded from a 7780 to N72 at this particular store. Although it was a franchisee managed store, service was excellent with staff explaining the little nuances and details of the various models to customers. The staff would transfer contact details from one handset to another when you buy a new phone from the shop, a sort of value added service which no other Retailer provided then. The store was located in a mall which had very few footfalls but to its grand signage and visibility coupled with positive word of mouth, it attracted thousands of people thronging its stores each month. 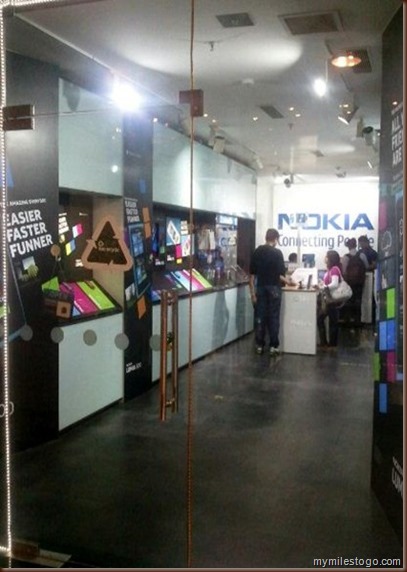 In India, the mobile evolution probably has had four phases – from 1999 – 2002 was the time when it was a novelty. Wealthy businessmen and Corporate Executives had expensive bulky handsets to prove a point. From 2001 – 2005 was the time when affordability of handsets became the prime focus, with Reliance Communications launching their Rs. 500 scheme which was an overnight success. And from 2005 – 2009 when Style quotient became prevalent, what with various sizes, models and colors ruling the roost. From 2009 onwards, it was the turn of smartphones – handsets that went beyond texting and calling, the revolution led by Apple, quickly followed by Samsung and also by Blackberry to an extent. Nokia interestingly was the leader in the first two phases. They were still in Phase two when the third phase was on. And this probably led to customers dumping them to alternate brands and models. Nokia had as its brand ambassador the biggest showman of India in the 21st Century, the one and only Badshaah of Bollywood, actor Shah Rukh Khan. He was shown as using various Nokia handsets in public appearances, innumerous advertisements and commercials and so many Brand campaigns. Nokia was also the Chief Sponsor of the IPL Team owned by the actor, Kolkata Knight Riders. The team’s dismal performance in the first three seasons didn’t help the brand either.

In 2008, I was trying to create various new concepts at the Bangalore Aiprort and I had proposed an exclusively lounge / store to showcase the premium models of Nokia. This was the time when Blackberry phones were slowly sneaking into the corporate sector. During a chance meeting with their then India CEO Mr. D. Shivkumar, I shared this idea who immediately asked his colleagues to evaluate the proposal. The Regional Manager called me promptly and asked what was the rent for the proposed space, to which I replied that it would be ideal for him to come over to the airport so we could discuss in detail since the concept was not about a rental Retail space but rather a holistic Brand promotion approach. He informed me that the airport was about 50km one-way from his office and hence would be too far an affair to meet me in person and insisted I explain to him on the phone which I did. Sadly, he never called back. 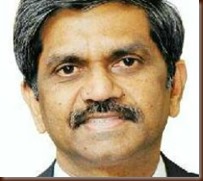 D. Shivkumar, Senior Vice President of Nokia – Emerging Markets India, West Asia and Africa made headlines on Good Friday, 29th March 2013 with news of his resignation. The media went abuzz just the previous day that the company has been slapped a fine of Rs. 2,000 Crores (USD 400 million) for alleged violation of taxes. And all this amidst losing market share, (presently about 25%) to premium rivals such as Apple, Blackberry, Samsung, LG, HTC and other low-cost manufacturers of mobiles in India such as Karbonn and MicroMax. His exit comes at a time when Nokia is under siege globally struggling to combat the onslaught of smartphone makers led by South Korea's Samuang and US-based Apple. From over 40% market share globally in 2008, Nokia now commands less than a fifth of the total handset volumes as it products have of late struggled to capture customer imagination. "When I joined Nokia, India had about 80 million mobile phone subscribers. Today it is over 900 million. I believe that Nokia too had a role to play in this along with mobile operators. Over the last eight years, the major changes in the market is that it is driven by youth, style and technology," Shivakumar said.

Nokia’s Retail Strategy was a strong one. They appointed hundreds of Priority Stores, Distributors and Dealers including large format Retail Stores across the country such as Big Bazaar, Central Malls, Croma, EZone, Landmark Stores and also across ECommerce players such as Indiaplaza, Flipkart, etc. to name a few but somewhere the Brand failed to deliver with upgraded technology. This is a clear case where the front end of Retail is very strong but the business crumbles due to lack of product innovation & positioning and keeping up with times and competition. Around 2005-08, Nokia was focused on targeting the high-end customers with a new model every couple of weeks. Around the same time, Blackberry phones stormed the market. Emails, which were still new and a recent phenomenon of connectivity was an important aspect while choosing a mobile handset for consumers. Facebook, Twitter and Social Media overall where slowly gaining prominence and Nokia was floundering badly with their models. So they decided to shift focus to lower-end phones priced below Rs. 5,000 (USD 100). And today, that is indeed the market where they have highest share.

Retail penetration is foremost for any consumer brand. But then, it has to be backed by a strong line-up of models and technological innovation. I guess this is precisely why consumers disconnected with Nokia. Is there a chance to connect once again? Of course, there is hope. The mobile market in India is still nascent and there is so much that Nokia could do. I guess it is just a matter of time. Wishing them luck in times to come .