There was a cover story about Alibaba.com, China’s largest ECommerce company in recent issue of The Economist. Quite a few facts. That it is turning out to be one of the largest ecommerce companies in the world, with sales of over $170 billion, which is Amazon and eBay put together. That it has a financing division, viz., AliFinance which provides micro credit to small firms and consumers; and that it has 6 million vendors registered on its site. What was started in 1999 by the firm’s founder, Mr. Jack Ma, an English Teacher as a B-2-B portal connecting small Chinese manufacturers to overseas buyers has now transformed into an internet behemoth. “EBay may be a shark in the ocean,” Mr Ma once said, “but I am a crocodile in the Yangzi river. If we fight in the ocean, we lose; but if we fight in the river, we win.”Taobao, a consumer-to-consumer portal not unlike eBay, features nearly a billion products and is one of the 20 most-visited websites globally. Tmall, a newish business-to-consumer portal that is a bit like Amazon, helps global brands such as Disney and Levi’s reach China’s middle classes.

Indiaplaza, which was also founded in 1999 back home in India is unfortunately facing its toughest time yet. With over 80% of its 150+ workforce having quit over the past six months, the company which pioneered ecommerce in India has no takers today. With a weak b-2-c model based on product listing by various partners, the company has just not been able to scale up over the last few years, thus allowing late entrants like flipkart, myntra, jabong and coupon sites like snapdeal and groupon to surge ahead. To be fair to Indiaplaza, most of the Ecommerce sites in India are on deathbed, awaiting Angels to come and save them. The top three players, Flipkart, Jabong & Myntra with sales of over USD 600 million collectively are only making losses and there no signs of any profitability in the immediate future. Offline Retailers have had a slow start without much success in this arena. Croma, part of the Tata Group’s Trent Ltd., Crossword, India’s largest book store chain along with Landmark and Shoppers Stop,  India’s largest Department Store chain are the only few large Retailers who have attempted an Ecommerce entry over the past years. With FDI in Retail not included for Ecommerce businesses, the Government’s backing has been minimal in this regard. 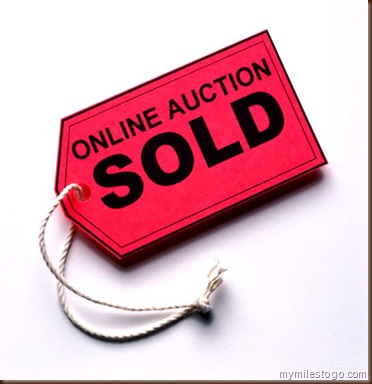 Even as I was thinking so, I came across an article which mentioned about an auction site named QuiBids (spelt as KweeBids). More out of curiosity, I set-up an account to know how this works. Registration was simple.GBP 0.40 is the value of each bid (for the UK Site) and can be bought online at the store in bundles that the user can choose, which in turn can be used while placing bids or while buying an item on the site after discounts and offers. The joining fee will be refunded in full or part thereof if bids are not placed for the said value. They have listed hundreds of items and all of them are on auction. The products are genuine and the processes are audited by Grant Thornton, one of the top audit companies in the world (I have personally seen the audit assurance report which is published on their website). One can bid an item only 5 minutes before the bid time comes to an end. Which means, users keep track of all those items on bid and are probably hooked on to the site all through, if they want to participate in the bidding process. Each time a bidder places a bid, the time slot for the auction increases by 20, 15 and 10 seconds in that order. If the number of bids the user holds is over, then he/she cannot participate in the bid anymore but the value in their account can be used against purchases. Also, the value of the product is discounted to the extent the bids are placed by users. Which means, if a product is priced at, say GBP 100, and the auction ends at GBP 32, with a discount of GBP 9, then the user can buy the product for GBP 91 (less the value that is already in the account). Shipping is charged depending on the size and weight of the product. All in all, it is a win-win for the company and the user. The company makes a thin margin on sale of such products while the loss on bid money is usually written off against a publicity fee paid by the brand to feature their products. And on top of it, users also buy the product which is at a discount for them but which fetches a margin for the company. In addition to this, users may also buy “bids” for set values, so as to keep on bidding. At the end of the day, a user will only gain from the tremendous discount that he gets out of the product even after buying bids.

The prose above may not be fully convincing, so do log on to www.quibids.com to explore. 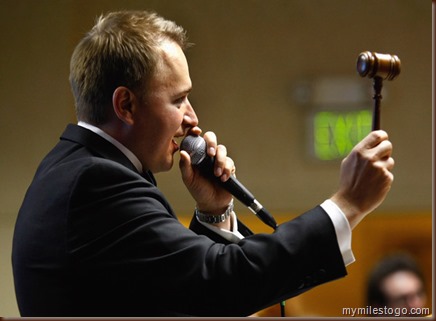 “QuiBids was started in July 2009 as an attempt to improve the Internet auction model by making it more exciting, safer, and more reliable. We're based out of Oklahoma City, Oklahoma and our goal as a business is simple: To provide an exciting online auction model with better deals for the consumer than any other website in existence."

You can win all sorts of popular products at incredibly low prices. Look at our homepage to see what products are up for auction right now, and if one catches your eye, buy some bids for a low price! When you place a bid, we add a maximum of 10-20 seconds to the timer - to give someone else the chance to bid if they're interested. This is similar to the "Going Once...Twice...SOLD" approach of auctions.

If no one else bids and the timer reaches zero, you’ve won a sweet deal on QuiBids! If you don't win the auction, you never have to go away empty handed. Any time after you've placed your first bid in an auction, you can choose to buy the product for a discount using the Buy Now feature. This will help limit your losses so you don’t have to leave all your bids on the table. You’ll never have to pay more than the Value Price for any products on QuiBids.

I have never come across such an exciting business model which I can comfortably say is an alternate Ecommerce model. There is hardly any publicity that I see for this company or for this form of Ecommerce and yet there are hundreds of dedicated users who are constantly bidding to win their favorite products at rock bottom prices. I guess the typical profile of the customer would be in their 20s and this is almost like a contest for them! Internet penetration is quite important for the success of this model and I presume the success of this model in western countries, which is not so the case in India where most of the internet consumption still happens at workplace with curious onlookers peeping into each others’ desktops and laptops. With Wifi (at home) using the iPad and other tablets and 3G on mobiles such as the iPhones by Apple and Blackberry gaining popularity coupled with the deeper penetration of Android smartphones starting at $ 100 (Rs. 5,500), chances are more young ones in India will appreciate and participate in such promotions in times to come.

Indian Ecommerce players need to reinvent themselves to stay ahead in the game. Afterall, everyone remembers who is the biggest of ‘em all, and not really the one who started. Such is life.