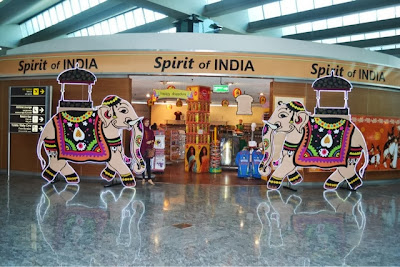 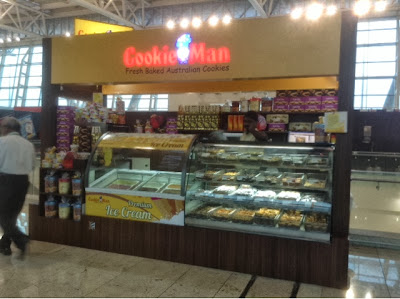 F&B outlets are already faring well, selling exotic Indian varieties of food in the Departure areas. While they are usually not allowed to sell packed food, some do sell such items as Indian tea, Cookies, spices such as Cardamom, Cashews and more.

Airport management companies should do more and support Retailers by displaying prominent boards about the new rule which would encourage passengers to finish off their Indian currencies before boarding their flights. Delhi and Hyderabad Airports are operated by The GMR Group; Mumbai and Bangalore Airports are managed by the GVK Group; All other Airports in India including those at Chennai and Kolkata are run by the Airports Authority of India, a Governmental agency. While the retail areas in the AAI managed airports are quite badly managed, the private airports are much better organised and laid out.

This is one opportunity that is possible to become a big hit, if only Airports and Retailers collaborate.
at September 30, 2013