- December 03, 2013
I join my wife every month for shopping grocery and household items at Food Bazaar, the flagship Retail format of The Future Group, which is also India’s largest Retail company. She is part happy that I accompany her in household chores, but she also knows why am I there – for my own benefit, when I get to observe how consumers behave within the store. I click pictures, tweet them and seek responses from friends and colleagues within the Retail fraternity. During my recent visit, I spotted a poster which said Rice Bags can be delivered to the doorstep if the customer chooses to. In the southern part of India, rice consumption is quite high. A middle class family comprising four members buy 20-25 kgs of rice every month. There are different variants in Rice and depending on their food habits, people buy appropriately. It used to be a common practice until a decade or two ago when Rice merchants would visit homes and sample rice to their customers at their doorsteps. After finalising the right variety, the merchant would deliver gunny bags of rice to the customer’s homes. Conceptually, the more you buy, the lower the price. So families would usually buy 2-3 months of stock at one go. And it was a usual practice to give credit for payments – usually a month’s time, sometimes even on installments. All this changed with the advent of corner shops and small grocery stores stocking rice and offering them in smaller quantities at an attractive price. With joint families becoming smaller nuclear families, the size of residential units also shrank. Which meant that the space to stock also was limited. Hence, customers started buying smaller packs, more often. To ensure customer loyalty, the Kirana stores (Mom & Pop Stores) also used to offer credit facility for customers. 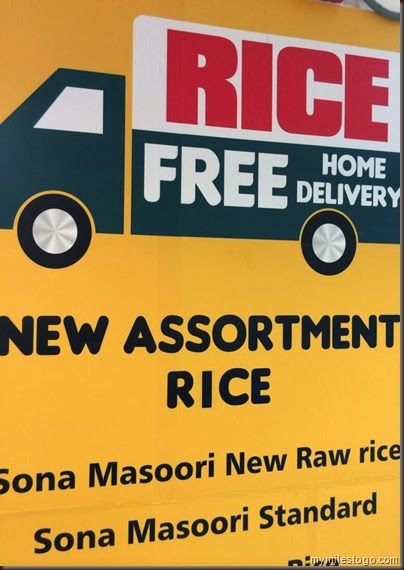 Things started changing in the late 90s, especially in the South (of India) when Organized Retailing started taking shape in the country. Nilgiris was one of the first Retailers to set up a large format store that could accommodate over 10,000 SKUs. Foodworld (from the RPG Group) was the first Retail chain that spread its stores every 4-5 sq. kms in its home market in Chennai, followed by Bangalore and Hyderabad. Over time, they started imitating everything that the small grocer did, and 20 kg Rice Packs was a crowd puller. Foodworld used to sell about 300 tonnes of rice a month across its network and hence could get a good price from the farmers directly. Its huge warehouse in the outskirts of Chennai would sort, clean and pack the rice in 20 kg bags, easy to carry. In fact, the staff had targets and special incentives to just push the sale of Rice Bags! Such was the frenzy.
The trend has continued till date. Large quantities are always preferred by Retailers and Brands. Ground wheat known as Atta, the base material for making batter for preparing various varieties of Roti is another packaged commodity today across the country. Annapurna from Hindustan Unilever and Ashirvad from ITC Ltd. are market leaders in this segment. Salt, Oil, Corn Flakes and many more categories have taken the route to bigger pack sizes to show better pricing to customers. Diapers, in recent times is another killer category. Traditionally, Diapers were not being used in most parts of India until a decade ago. There were two reasons – one, it was felt to be unhygienic. Second, they were priced very high. Mamy Poko, a Korean brand landed in the country 5-6 years back and has sent local players such as Pampers running tizzy. 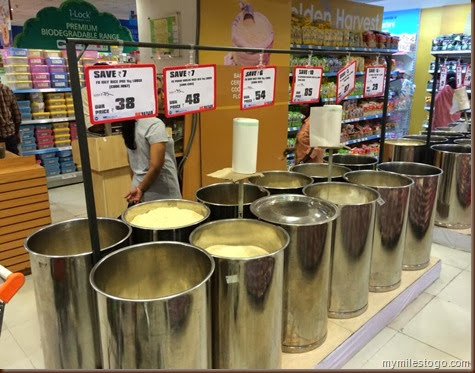 Organized Retail in India is still less than 10% of the total market of about USD 200 billion. But Retailers in the Grocery segment have seen their business only grow, despite the advent of more and more players. The reason is simple. Retail is a game of scale. The more you grow, the better you leverage your expenses. One of the main reasons why small grocers were unable to scale up was capital. And the reason why large Retailers like Spencers, More (Aditya Birla Group), Smart, Heritage Fresh and the controversial Subiksha that went bust and many more Hypermarkets such as Star India Bazaar (from TATA Trent), Hypercity (K Raheja Corporation) and Spar are facing the heat, is due to their inability to meet customer’s expectations mainly through right merchandising, stocking and pricing.
I wonder sometimes, who is playing catch-up, whether it is the Kiranas or Retailers. Both have a lot to learn from each other. And there is no reason why both cannot succeed in India in times to come. The key here is adaptability.