- October 19, 2014
When I posted on my Facebook page at 11.35pm on the night of 16 Oct. 2014 that I was the first in the city of Chennai to receive a 64 GB Gold variant of the iPhone 6, someone sarcastically quipped "So?!?" Well. It was no big deal. Really. Anyone could have been the first one if they had put in the effort. And for me, it was pure fun. And a Retailer's delight too - to see how a Retailer delights his customers through completing a much anticipated and well hyped "transaction". In many parts of the country, the event was quite publicized and draw discerning customers to the Retail Stores - one retailer in Chennai had gone a step ahead to rope in leading actress Hansika Motwani to do the honours. India's largest mobile store chain, The Mobile Store took a full page Ad in national newspapers urging people to preorder and get the device in the midnight. Flipkart, India's largest ECommerce company along with rivals Snapdeal and Amazon was taking preorders promising one-day delivery. Crazy Apple Fans lined up the outsides of the Retail Stores, from UB City in Bangalore to Select City Walk in New Delhi's posh Saket area. I, however chose to skip the queues and chose to book with a low-key Retailer close to my workplace. I really took a chance with this Retail Shop, it is called Hello World located at Adyar, in South Chennai. They charged me Rs. 5,000 as booking charges 5 days before the original launch and assured to deliver the phone by midnight. 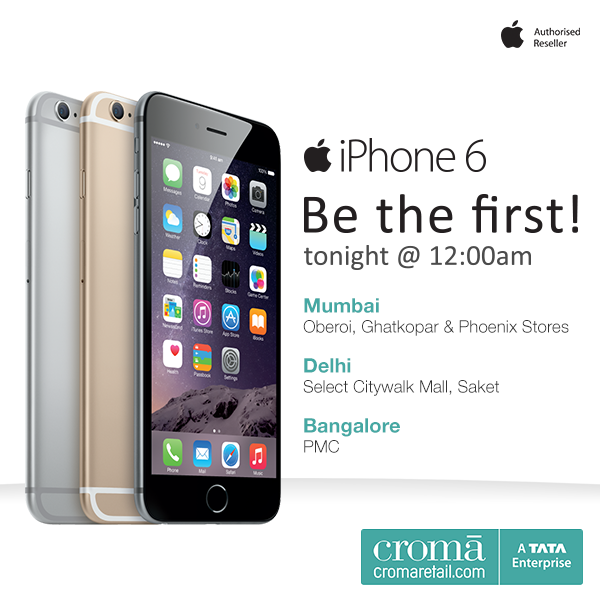 On the day of release, I called then twice during the day to check if everything was as per plan, and they continued to assure that they were geared up for the event and I could come over after 11.30 in the night to collect the "piece". Yeah, ultimately its a piece, but a precious one though! I finished work, went home, had shower and dinner and drove back to the shop and reached around 11.15pm. There were 2-3 other customers who had turned up at that time. I was actually taking a chance, just in case they offered to sell the piece well before the time the invitation suggested. And in true Indian style, they did. They "sold" the first piece to me well in advance of the promised time but cautioned me not to activate the phone until 00.00 hours, lest I lose warranty.

I came back to my car, clicked a Selfie and shared on social media and whatsapp groups - small thrills, you see. And was greeted and responded by many people whom I knew and didn't. I really felt happy that the Retailer stood its purpose and kept us its word by delivering what was promised. 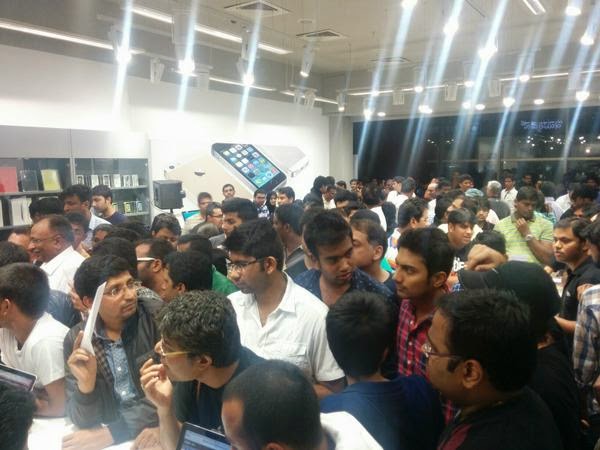 I came home and waited patiently, only to activate my new iPhone6 at 00.05 hrs. Its a delight to restart or swicth on an iDevice. And I love that experience absolutely. The finesse with which a product has been created and packaged - Hats off to Steve Jobs for this. I have been using Apple products for a decade now, with my first one being an iPod Nano 4GB. In the year 2004, it was a miracle to store over 10,000 songs on a single portable device that can be heard through headphones, on a car through an AUX Jack as well as played on a music system. And Apple has gradually grown its line-up. at the moment, I guess they have over 30 SKUs, some in sales in a few countries while some have been discontinued from production as well.

There have been a number of reviews about iPhone6 itself, so I am not going to get into the technicalities. Your favourite news websites are a better source than mine. So, I would urge you to read what you think suits you best. I am only going to share how it feels as a user, as a keen observer of consumerism, as a retailer and as a Retail Consultant who advises various businesses.

The iPhone6 is a tad bigger than the previously launched iPhone5S. The beauty of the earlier iPhones and iPods was that they could be managed using one hand, depending on what suits you. Not anymore with the new model. While a few can hold the device comfortably in one hand, most people, including a few women may find it difficult to use it on one hand. However, the flipside is the screen size looks much bigger. You get to see and read a lot more, especially on sites like twitter and facebook as well was webpages. While the default font size remains the same (it can be increased through manual settings though), one gets a feeling of using a non-Apple device. Maybe like an HTC or Sony. Samsung has launched various sizes appealing to various strata of people, just like how another Korean Automobile company Hyundai does. So, it depends on which other smartphone you compare it with. But interestingly the new model is lighter than the previous one, so the size is compensated with the pressure exerted by the palm. 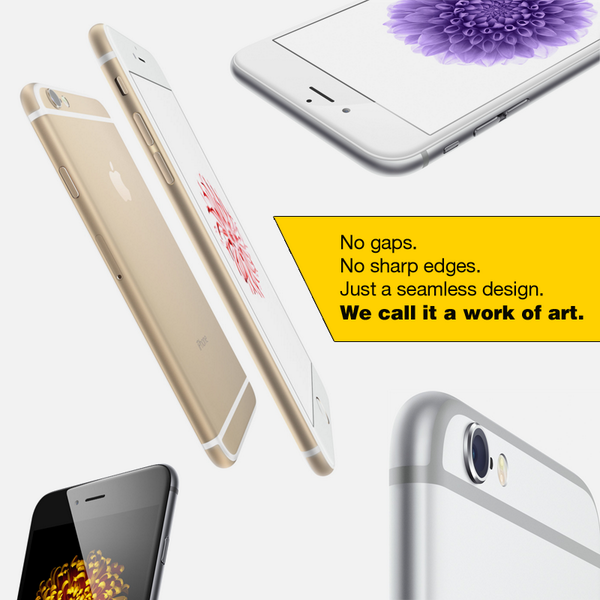 Speed is immensely better in the iPhone6, but you would realise this only while using certain apps. And the likes of Facebook and Twitter have updated their own apps in line with the iOS8 Operating system, so the apps now open up and perform much better than in previous devices. Battery drains slower than before, although I haven't put the device to too much of use such as having a Facetime Call or watching a movie. Features like Near Field Communication (NFC) and ApplePay wouldn't be usable in India, for we dont have the relevant infrastructure here. Other than some basic cosmetic changes, there is nothing new in the device, although hardcore Apple Fans will tell you about the technicalities which I dont think will change the way we live! However, to each his own.

At the moment, its been just about 36 hours since I have been using the phone and it seems to be working well and doing its job to its best. And my love for Apple keeps increasing by the day. As the saga continues...
Apple Bangalore Chennai Consumer Consumer Behaviour Croma currents Delhi iphone6 ipod Preorder Retailer Saket the mobile store UB City univercell