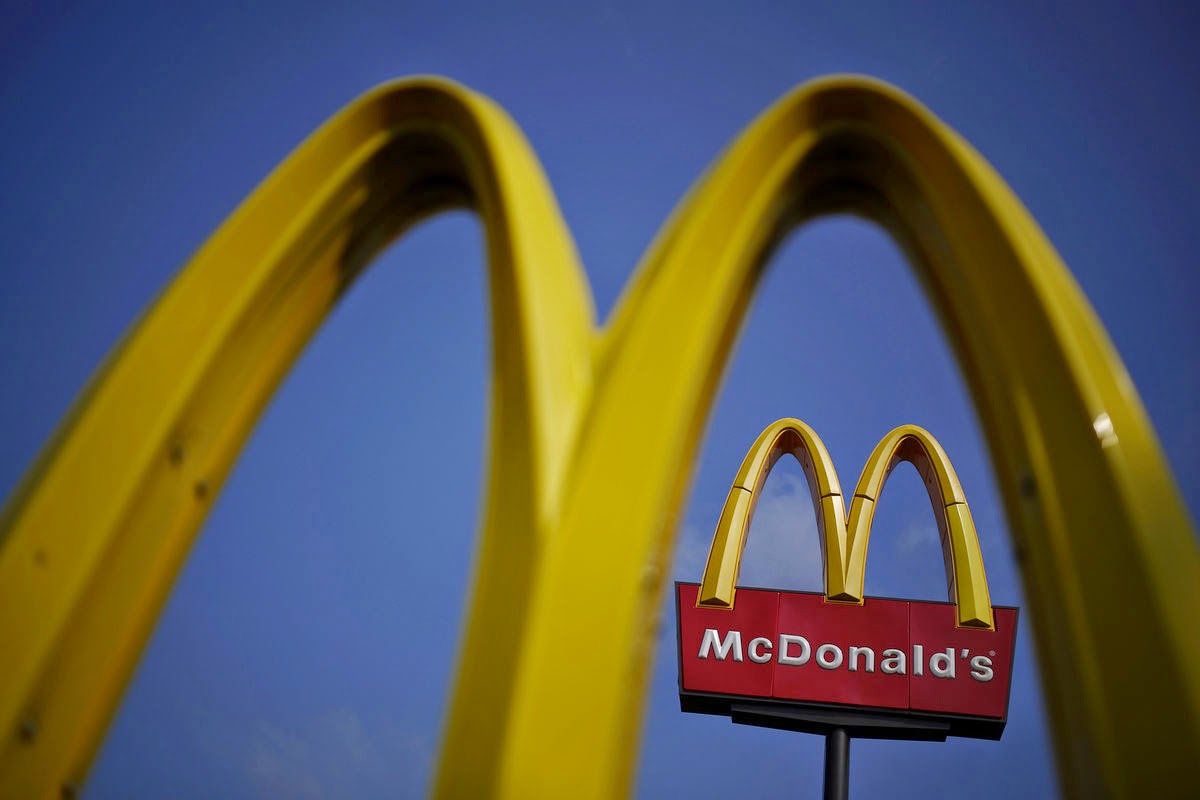 Mc Donalds has been in India for over a decade and a half now and due to FDI regulations operates through two Franchise arrangements - with Cannaught Plaza Restaurants for North & East India and with Hardcastle restaurants for West and South India. Vikram Bakshi, the MD for Cannaught Plaza Restaurants has been locked in a legal battle for a little less than a year now and has pulled Mc Donalds to the Indian Courts and the case is only getting messier by the day with no sight of compromise or a solution between the two parties. Meanwhile, Hardcastle has been growing its number of stores and is expanding aggressively in the South, after covering West reasonably. After expanding across Mumbai, Bangalore and other key cities over the past 4-5 years, McD is now looking at growing across Chennai and the rest of Tamil Nadu. The high real estate rates is not helping them as well coupled with the availability of good quality locations along with a good fascade and parking facilities.

Here is a video of how those insanely awesome French Fries or "taters" as they are famously known in the US are brought from farm to table, literally.

I recently spotted a new building coming up in South Madras, at Adyar just behind the famous Bus Terminus. It is a crowded neighborhood area and has a dozen or more famous restaurants and eating joints. I posted a pic of the upcoming building on Chennai Food Guide, a Facebook Community with over 40,000 members and is plannign a gala celebration of 10 years in Feb. 2015. The Group which mainly discusses about food across the city and its members reviewing restaurants every other day. Within seconds of my posting the pic, the post attracted a dozen or more "likes" and an equal number of brickbats from discerning reviewers, about the ill-effects of eating Burgers at McD. One person posted a pic of a bun with fungus and confessed that his trust in the brand was lost. Another conceded that she hates to go there but would eventually drop over due to the pestering of the little ones at home. And a few commented about their deteriorating service levels. 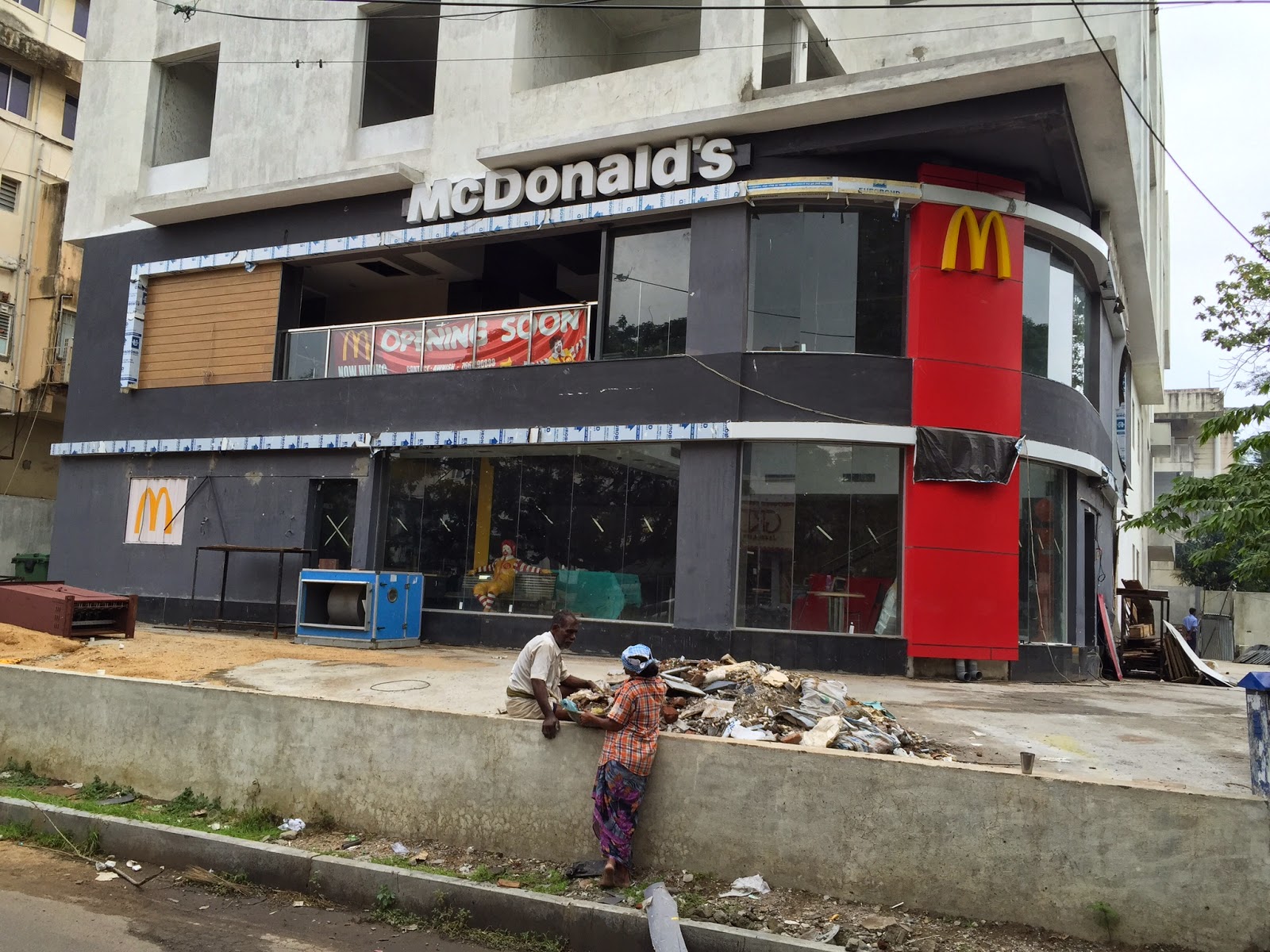 So, why is everyone hating McDonalds so much? Are they cooking and serving that real bad a food? Are there people dying because of consuming food at McD every year? Or is it just based on hearsay and random research? People are talking about how bad the ingredients that are used while cooking the food are to our health, which we all try to take as much care as possible. People are talking how bad the burgers are, mostly the chicken and lamb (McD doesn't serve Beef and Pork in India due to cultural reasons), not even sparing the greens which are apparently processed with chemicals. Interestingly, no one spoke about the ill-effects of Coke that we all gulp down along with the burgers. I know people who are so health conscious while eating out at Subway, but don't really mind the Coke that goes along. And the reused, recooked, refurbished food that we all consume from standalone restaurants to the best of Five Star Hotels - there was no mention of that.

I recall an interesting article that appeared in the TIME Magazine a couple of months back. A Teacher from Iowa, USA ate at a nearby Mc Donalds outlet everyday for three months and lost 37 pounds while also lowering his cholestrol levels. He walked 45 minutes everyday along with his other day job. "Its our choices that makes us fat", John Cisna said, "Not Mc Donalds". Quite true. 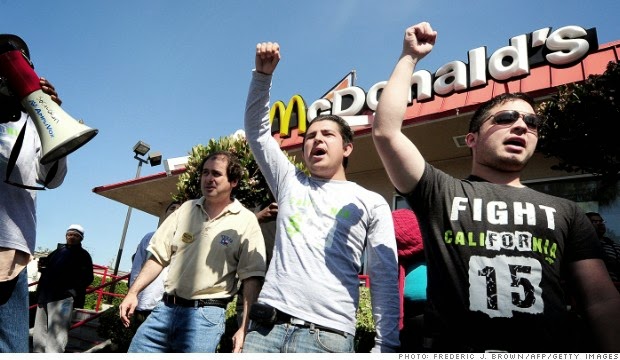 We all love our food. I have been living with a motto to live for eating for many years now. I believe one must eat well, sleep well and have fun with friends and family and that should alone be the reason of existence. Everything else such as making money, owning houses and material possessions and professional success is incidental. I am not really sure to say whether food at McD is bad for health or not. But I would trust their processes much more than indie restaurants. How many of you have been inside the kitchen of some leading restaurants in the city? Ask the owner or manager if you can take a pic and post it on Facebook - see how many agree. How many of you know that the kitchen staff use the same chopping board and knife many times to cut vegetables and chicken? How many restaurateurs here would raise their hand and accept that they do not provide healthy, fresh food, every day? So why this hypocrisy? Just because people around are making a nose about something doesn't mean we should join them too, mindlessly.

For me, I am really waiting for McD to open in my neighborhood, I would be one of their first customers probably. But yes, to overeat the patties, gulp coke, indulge in desserts and finally stuff myself with absolutely unhealthy food is a choice I have - to do or not.

PS: I am not a stooge by MCD or any other domestic or international chain - just another common man who loves his food which is everything vegetarian.
adyar burger cannaught plaza restaurants chenna coke cola FDI Food hardccastle health mcd McDonalds Retail subway vikram bakshi