Kasht-Mar… Customer Service at its worst…

The size of the branded children’s toys and furniture market (within Organized Retail) in India is expected to be over INR 3,000 Crores and growing. There are already a handful of operators in this domain at this moment including notable Indian names such as “Mom and Me” by Mahindra Retail, “Mothercare” by Shoppers Stop, etc. This market has been traditionally catered by local operators such as “Just Born”, “Apple of my eye”, etc. and many large Retailers such as Big Bazaar, Hypercity, Spar, etc. are now stocking children’s products exclusively. Some of them in the business are traditional retailers while many others are mere enthusiasts, who are learning to cater to this complex business. Typically, the range is referred to as -6 to +9 (referring to the time when a woman conceives until the baby is 9 months old) and then children’s line from 1-12 years. Incidentally, the biggest selling category at Bengaluru International Airport is that of toys and childrens-wear! While it is interesting to see the evolving needs of women, whether they are working or home makers, it is indeed quite an exhaustive Merchandising spread that is the need of the hour. The enthusiasm of the couple increases four-fold after child-birth while attempting to shop as much as possible during the infancy of the new born.  Such was the case of a couple whose real life anecdote is mentioned below. Honestly, it is not even a bit exaggerated – a fully true story which shocked me as a Retail professional. Here goes the story;
This Retailer whose name is also that of a precious stone, with humble beginnings on the corner of Brigade Road since the last two decades has risen dramatically over the years with a brand-new outlet at Richmond Road, thanks to increasing purchasing power of consumers and increasingly demanding needs of the family, notwithstanding the fact that most of the products are over-priced and do not last long, as they are cheap imports from South East Asia – a simple Economics theory of Price Elasticity.  Also, there was nobody to offer such a wide offering during the last few years in Bangalore is another strong reason for the meteoric rise of this retailer which is still controlled by the family and managed by store assistants who feel indebted to their owners for reasons best known to them. After seeking various options at over a dozen large outlets such as Bangalore Central, Lifestyle and Mothercare, etc. during the last two months, a couple chose to purchase a baby-cot at this famous toy store in Bangalore. As always, that such decisions are made during the second or third visit, this couple also purchased the product during their third visit to the store – after making sure that their need was met best with this exact product. Not that there were many iterations that were available, but this one seemed to suit exactly what they desired. After spending Rs. 7,500 for the same, the couple gave details of the residence address for Home Delivery – something that the Retailer was reluctant to take up given the distance from the store to their residence but acceded with dirty glances mainly due the high-value of the purchase. Typically, the Retailer would have made a gross profit of 45-55% on this product.

The delivery was promised on the next day, Sunday after the purchase was made just before the store closing time (21.00hrs). The couple along with their family proceeded for dinner at a famous restaurant in the vicinity and was enjoying their meal, feeling ecstatic about the new purchase and how it would make a difference for their young one. Just after the Man ordered the main course, they received a phone call, and the person on the other side introduced himself as the driver of the delivery truck waiting outside their apartment for delivering the newly bought furniture! Wow… that was quick indeed. The man thanked the driver for this service, but excused himself saying that they were out for dinner as the delivery was scheduled for the next day. The driver pleaded ignorance and said that he was “asked to follow orders by the owner” and that’s what he did. (I told you before). The man apologized and said that they would return within 30 minutes and requested the driver to wait and the call ended.
With a few minutes, there was another call, this time from the shop where the product was purchased. The caller explained that the drivers were on leave on Sunday and hence the delivery today. The Man said they would take some more time as they have just ordered food and the family was on its way home. The angry caller yelled at the customer – saying how insensitive they were to their quick customer service! He scolded them for being so irresponsible and told them to hurry up with their food and reach home in ten minutes, for which the Man responded with two things – not to scream at someone and that they would reach home at the earliest. The caller handed over the phone to one of his loyalists who after a brief chat with the other person said that the product was being called back and the Man could come to store to collect his money back. What? Said the man. Yes. You heard it right. Come at your convenience and collect your money, we wouldn’t be interested to have business with you, yelled the voice again in the background. While the Man was explaining his predicament, he heard a blank note after a while – the caller had disconnected a while ago and the Man was talking alone! Left with no choice, the family ended their dinner abruptly to return home with a broken heart and shock. 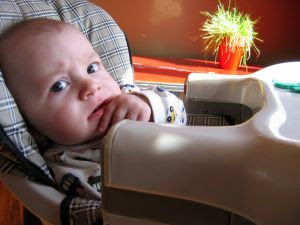 This, is better known as “Kasht-Mar” service – a slang used in Hindi for Customer Service which actually means “Die of difficulty”. That’s what the Retailer did just now. The fact that this man could spread word about this shocking episode around the globe instantly was of no case or use to the Retailer. After all, how many people can he talk this about…there are thousands who aspire to shop at S*****E, the Toy Shop best known in Bangalore. It is indeed very sad that such Retailers behave with excessive arrogance due to their newly found pomp and popularity, not recognizing that all that they have built over the years was because of such customers and their brand equity erodes over time due to the same customers.  What the Retailer lost was not a sale of a few thousands this time, but that of the next ten years – of this family and many others known to them who would have continuously spent their savings at this store.

As they rightly say, it takes ten times an effort to retain customers than to get a new one; but for such retailers, it doesn’t matter. Alas, they aren’t going to be in business for too long if they continue the same way, so, how does it matter!