Images Group, India's largest publishing house that specialises on Retail and related activities recently conducted the Food Forum India, an annual conclave where the Indian and International Food and Beverages industry congregates to discuss and share thoughts on current issues and best practices. This is one of those very rare events where Pepsi and Coke come together under one roof - yes, Pepsi is the host for the main event while Coke sponsors the Golden Spoon Awards. It was my privilege to be on a Panel discussion aptly titled "Transit - The New Location" under the aegis of National Restaurant Association of India (NRAI), an umbrella entity that is spearheading the needs and wishes of its members. 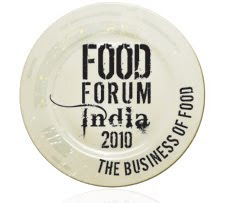 At Food Forum India (FFI) 2010 held at The Renaissance, Mumbai, the stalwarts of the industry not only spoke about processing and manufacturing food items but also identifying the correct locations for positioning the products. An engaging session probed into the new-age transit locations as the venue for good food retailing. Sharing statistics and opening the session, Sanjay Coutinho, COO, Barista and anchor for the session Samir Kuckreja, president, NRAI and CEO and MD, Nirula's noted, “There are currently 454 airports in India of which 16 are the international ones. Also there are 18 million commuters in the railway itself of whom 20 per cent travel in the AC coaches. There are already 7,000 railway stations in India and 50 world class stations are being budgeted for in the near future. Thus, the opportunities thrown up by these new locations are endless.”

With travel becoming an important part of the lifestyle segment, more and more food industry players are exploring newer avenues, such as airports, for setting up their outlets. Anoop Sequeira, CEO, Brand Calculus (Booster Juice) stated, “Transit locations such as airports help us to generate business 24-hours as compared to other locations for which we pay rentals for 24-hours but can be open only for 12 hours or so. I agree that the rentals are high but at the same time the opportunity of business is higher.” 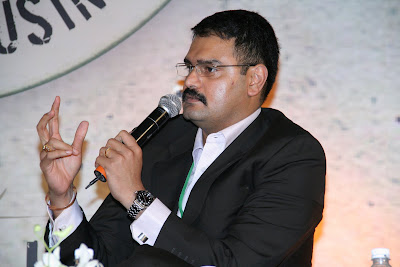 S Shriram, GM, Key Accounts, Cafe Coffee Day pointed out that even the location of the outlet within the airport area needs to be strategically chosen. He also brought up the issue about railway platforms being another good alternative location and thus questioned, “Almost 18 million passengers travel by train but do we have enough resource to satisfy even a fraction of them with our products and services? Also, the consumer at the airport or the railway stations are hard pressed for time. So we also need to consider how fast we can deliver to the consumer whose flight is getting announced and the likes.” Agreeing to the views put forward by Shriram, Zahir Abbas, associate director, Travel retail, Technopak Advisors suggested, “A lot more infrastructure needs to be built in the near future.”

Jagvir Singh Rana, Director - Operations and Business Development, HMSHOST Services India said “Having an outlet at the airports requires more hard work in terms of getting clearance for the staff but the traffic is good.” Kuckreja added, “Also there are certain rules to be kept in mind while packaging the food items at these transit locations.”

Rajeev Panjwani, CEO, Travel Food Services, concluded, “The display has to be attractive for the consumer. Also the store design needs to be more open in order to help a customer to move around with his travel baggage. It is all about convenience and now we are also looking at more specific opportunities like catering to the passengers at the delayed flight stage.”

The ‘Coca Cola Golden Spoon Awards’ acknowledge excellence in food retailing & food services – retailers adopting best practices at the back end and front end – including customer relations, smart strategy, operational efficiencies and innovation across value chain. While Big Bazaar was one of the biggest winners on the night, the audience was mesmerised with scintilating performances by renowned singer Shibani Kashyap and stand up comedian Ash Chandler.


Big Bazaar’s award as the ‘Most Admired F&G Retailer of the Year: Large Formats’ was recognition for the company’s tremendous growth in a challenging financial environment from 110 stores in 2008-09 to 125 today. Big Bazaar narrowly beat out a competitive field of nominees for the award, which included Spencer's Hyper, Easyday Market, Hypercity, Star Bazaar, More MegaStore and Spar.

Walmart's India Retail venture with Bharti Retail's Easy Day with 56 stores won them the Coca Cola Golden Spoon Award for the 'Most Admired Food & Grocery Retailer of the Year: Small and Medium Formats'.

Pantaloon Retail claimed the ‘Most Admired F&G Retailer of the Year: Private Label’ on the back of news that its Future Group division is set to register a turnover of Rs.440 crores for the sale of food and packaged food through its private label. Other nominees in the category were Reliance Retail, Spencer's Retail, Aditya Birla Retail, Max Hypermarket and Trent.

The ‘Most Admired F&B Retailer of the Year: Cafes, Juice Bars & Parlours’ category was one of the most competitive of the night. Cafe Coffee Day was voted the winner by industry members ahead of Barista, Costa Coffee, Baskin Robbins and Jus Booster Juice. 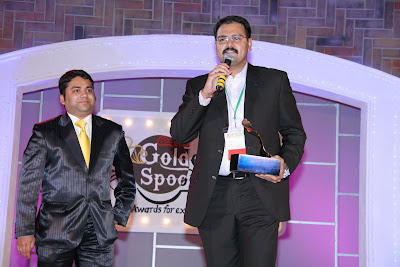 The Coca-Cola Golden Spoon Awards recognise excellence in food retailing and honour the brave innovative spirit of leaders in the dynamic Indian food retail and service industry. Food retailers are leading a change that has redefined consumption habits in India, resulting in a change in food tastes, preferences, awareness, consciousness and choices over the past few years.